by ChemOrbis Editorial Team - content@chemorbis.com
Spot MEG prices in Asia have been on a firm note since late September on the back of improving sentiment driven by strong energy markets. Although rising costs have had a relatively limited impact on China’s PET market since the end of the National Day holidays, both local and export prices registered modest increases of up to $15/ton over the past week. 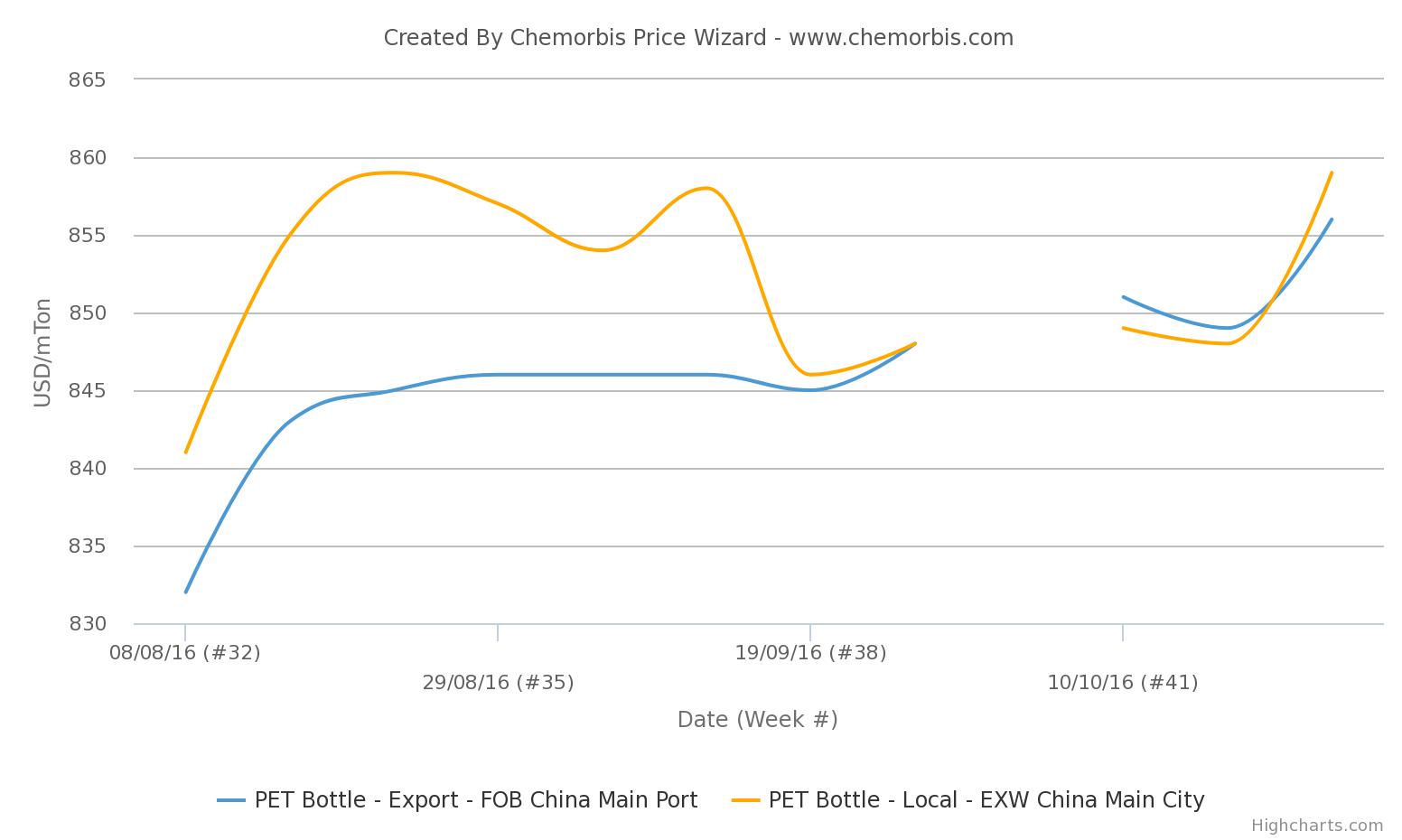 In the import PET market, a bottle manufacturer reported that he received $10/ton firmer offers this week due to the recent gains in MEG and PTA prices. On a weekly basis, spot MEG prices on a CFR China basis increased by $15-20/ton while they are up by around $50/ton when compared to early October levels. For PTA, spot prices posted a slight gain of $5/ton on the week.

“Despite the firm upstream outlook, PET prices witnessed only small hikes as buyers are still limiting their purchases according to their immediate needs,” a few sellers complained.

A source from a local producer reported that they were unable to raise their offers in the face of the ongoing existence of competitive Indian origins. “We would like to apply increases on our offers but we are facing stiff competition from Indian offers in the export markets,” commented the source.

In the local market, demand was reported to be better when compared to export markets. A Shanghai-based trader noted, “Demand is not bad while local supplies are a bit tight due to the fact that some producers still had backlog orders to clear. We are able to achieve good profits in the local market.”

Meanwhile, a domestic producer in Turkey stated that overall PET sentiment was firm during the K fair where they met a few Chinese PET producers who said, “We are not planning to export our materials for now as our own market is doing very well.”