by ChemOrbis Editorial Team - content@chemorbis.com
China’s ABS market retained its firming trend for another week on the back of the ongoing tightness in supplies coupled with the recent styrene gains, with import and local prices posting cumulative increases of $190-220/ton since the upturn kicked off in mid-May. As for Southeast Asia, the sentiment is not as strong as it is in China, with import prices posting hikes at a slower pace.

In China, data from ChemOrbis Price Index suggests that both import and local ABS prices on weekly average basis are currently standing at their highest levels since March 20. 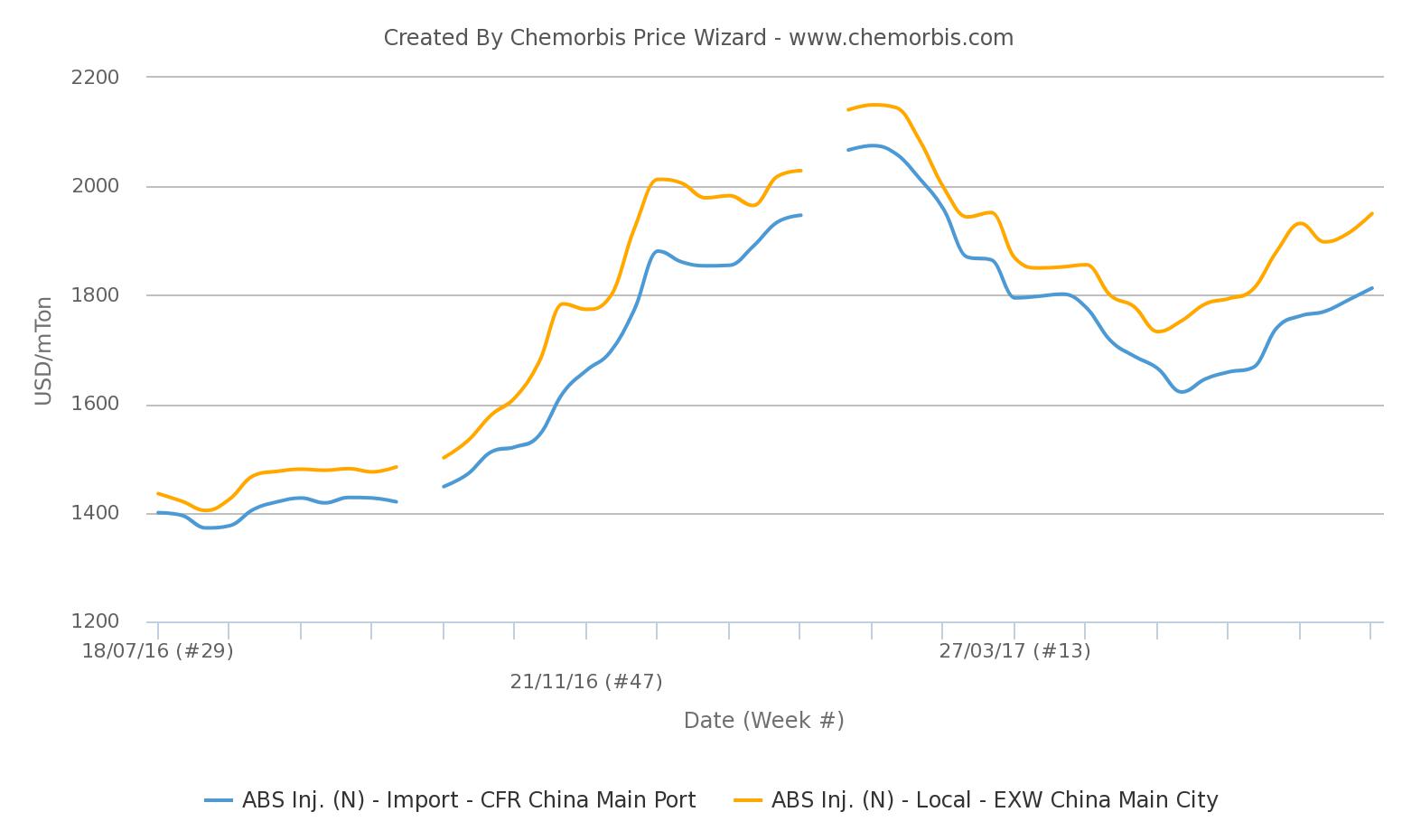 Spot styrene prices increased by around $55-60/ton this past week, responding to the tanker accident occurred at the Changzhou Huarun Petrochemical Terminal in Changzhou on July 9.

“ABS demand has been improving in China since buyers heard about the tanker accident as they want to replenish their stocks before the market posts further increases due to higher styrene and tighter supplies,” a trader commented.

A trader operating in Hong Kong reported that a Taiwanese producer increased its ABS offers by $40/ton from last week owing to their limited supplies. A South Korean producer, meanwhile, applied a $20/ton increase on its July offers to China.

A source from a Southeast Asian producer noted, “We have already sold out our July quota to China while we still have material to offer to Southeast Asia. Demand from China is healthy while we continue to receive lower bids from buyers in Southeast Asia.”

According to ChemOrbis Price Index data, import ABS prices on CFR SEA basis have cumulatively increased by around $140/ton since mid-June when the market turned bullish after following a steady trend for one month.

As can be seen in the below graph, China’s import ABS market moved above the levels in Southeast Asia in late May and has been trading with a premium of around $35-40/ton since then. 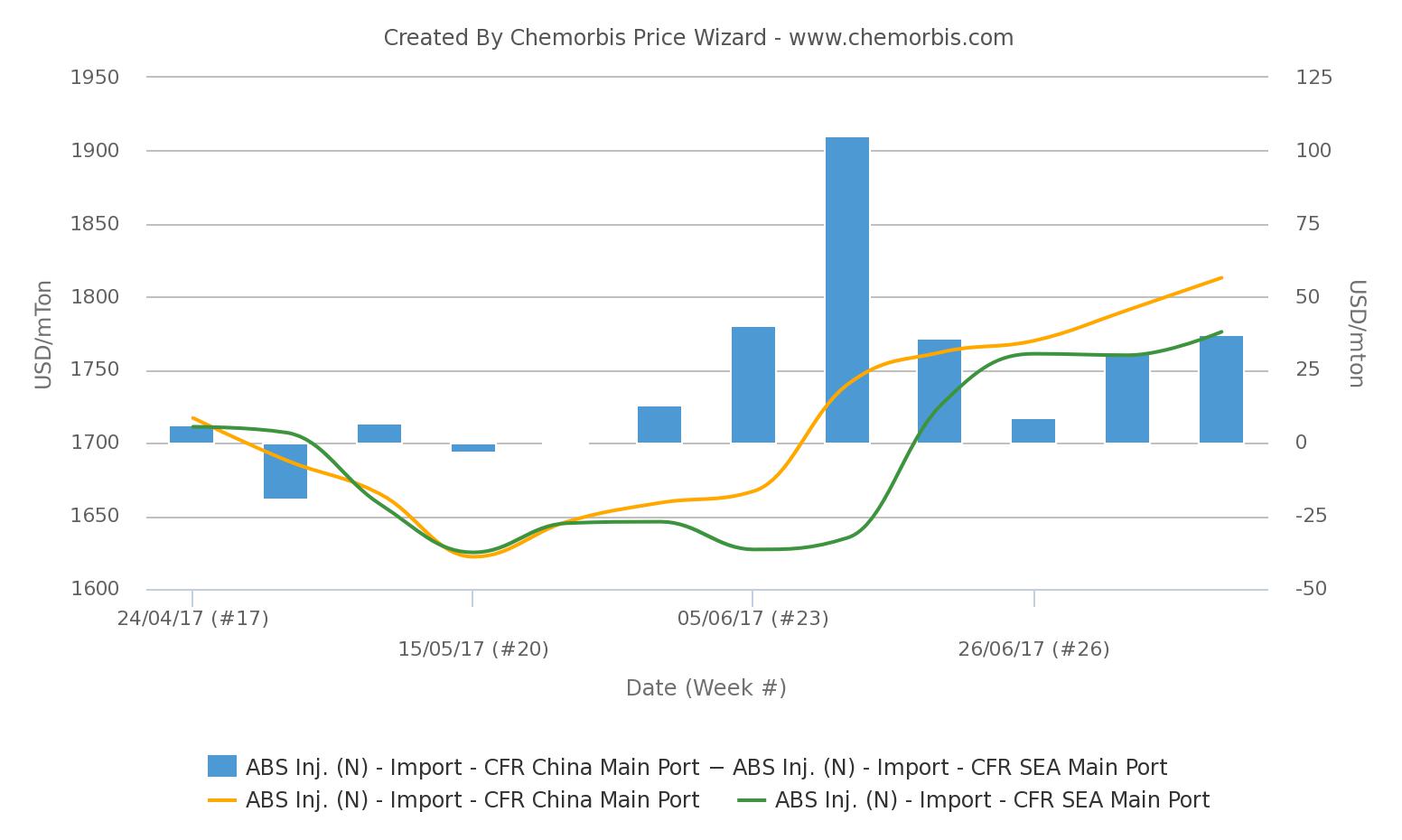