Gap between ABS and HIPS prices shrinks in SE Asia

by ChemOrbis Editorial Team - content@chemorbis.com
Data from ChemOrbis Price Index shows that the gap between import ABS and HIPS prices on a CIF SEA basis has been narrowing in the past weeks in line with the relatively bigger losses recently recorded in the ABS market.

According to data, last week, the gap between the two products decreased by around $15/ton on a weekly basis, with average import ABS prices on a CIF SEA basis currently carrying a premium of around $60/ton over HIPS prices. 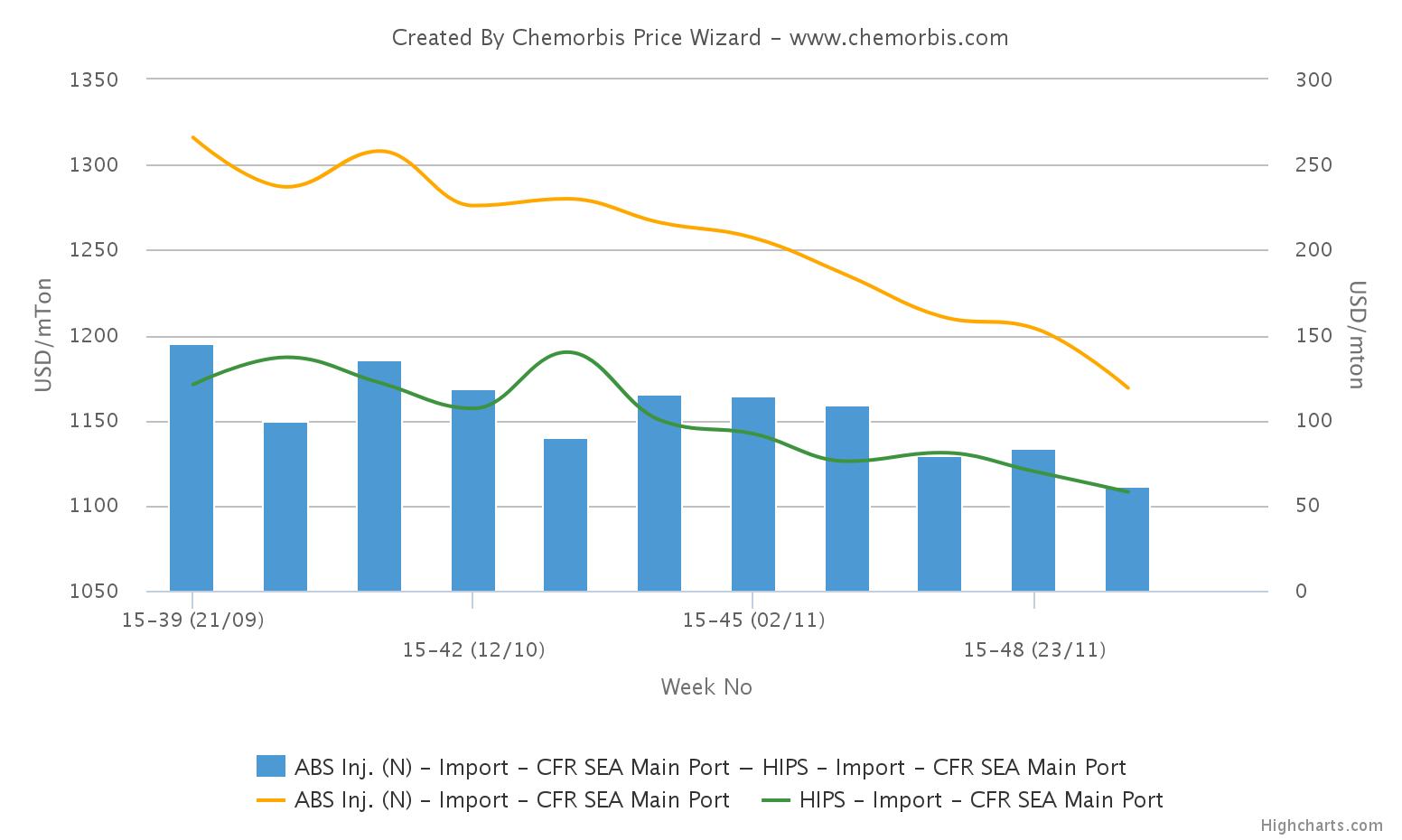 An agent of a Taiwanese producer commented, “The gap between import ABS and HIPS prices has shrunk owing to decreasing butadiene costs. We think that some converters may switch to using ABS instead of HIPS if this situation continues over the longer term.”