Gap between GPPS and HIPS widens in Turkey

by ChemOrbis Editorial Team - content@chemorbis.com
In Turkey’s PS market, demand for HIPS has been better than GPPS in the recent weeks, with participants attributing this to supply limitations for HIPS. Players confirmed, “GPPS has more supply sources while there is not much HIPS except for Iranian materials. This situation offsets the nose-diving butadiene costs in the HIPS market.”

According to ChemOrbis Price Index, the gap between local GPPS and HIPS hit around $140/ton on a weekly average, the widest since early April. 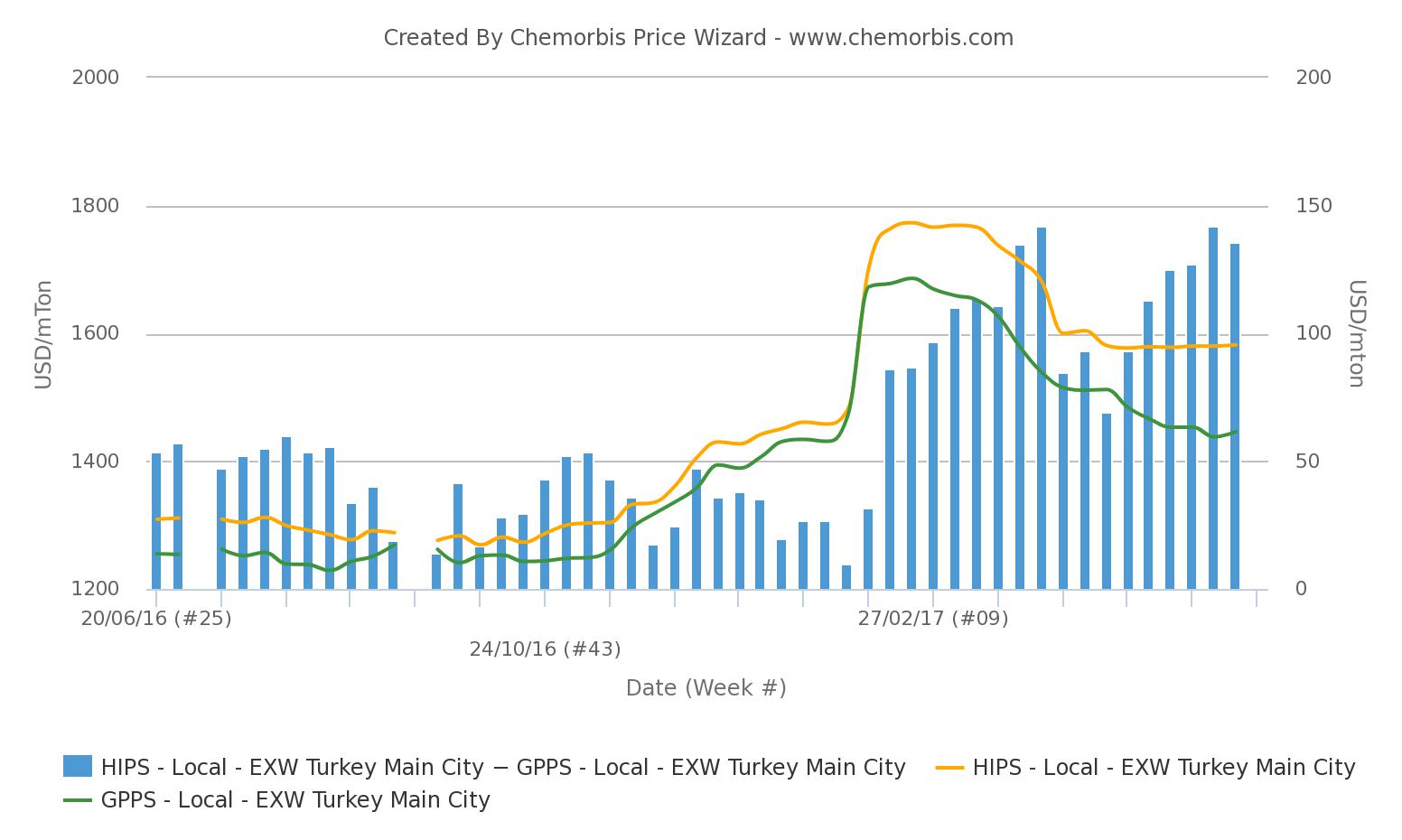 Consequently, the local HIPS market stabilized at $1840-1900/ton ex-warehouse Turkey, cash, while the GPPS range hovered at around $1670-1750/ton for various origins. “We sold our PS materials while they were on the way and will carry out their deliveries for the rest of June,” remarked a distributor.

A large scaled converter commented today, “HIPS prices seem to have gained some premium in the recent days despite bearish butadiene prices amidst volatile energy costs. GPPS offers, however, remain under the pressure of comfortable supplies even though the styrene market moved up since purchasing volumes are limited amidst Ramadan.”

In the upstream markets, spot butadiene prices are down by $100/ton from the beginning of June. Styrene costs, however, were up by $35/ton in the same period.