Gap between HIPS and PP raffia slightly narrows in Turkey

by ChemOrbis Editorial Team - content@chemorbis.com
In Turkey, the gap between the locally-held HIPS and PP raffia markets was steadily widening since the middle of October and recently hit almost $300/ton, according to ChemOrbis Price Index. Now that prices for PP gained some ground boosted by Petkim’s increase last week, players believe that HIPS prices may see some downwards adjustments in January to near PP raffia. 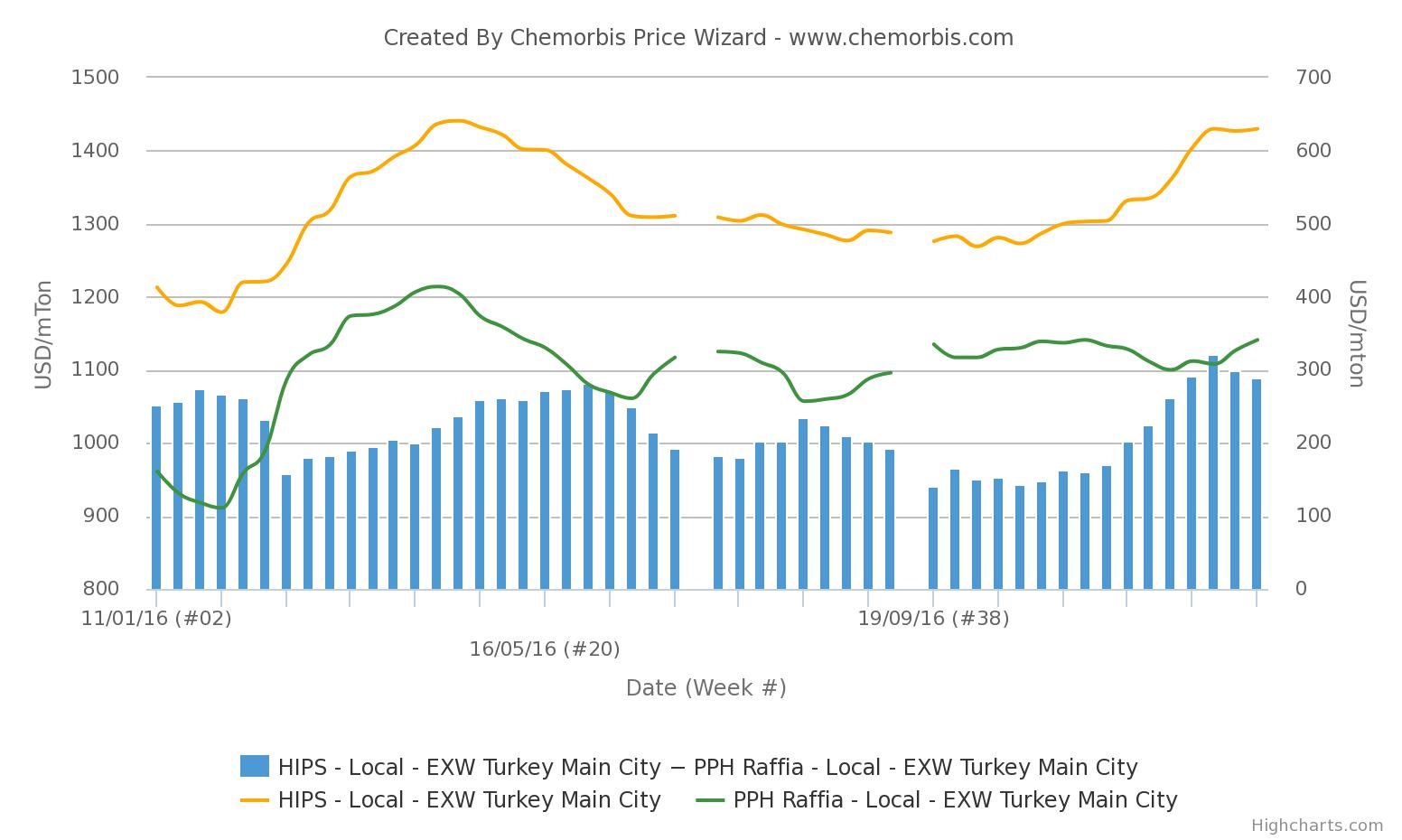 “Homo PP prices may post $20-30/ton increases this month based on low netbacks compared to China and firmer import prices would push the local market up as well. However, HIPS prices seem to have reached their peak already amidst rallying butadiene costs and should see some downwards correction in January particularly if demand remains mediocre,” a distributor commented.

A disposables converter agreed, “The imbalance between PP raffia and HIPS has started to be corrected recently. PP prices are firming up while HIPS offers are finding some relief.” The buyer reported that he is covered for HIPS until February and he plans to wait in anticipation of hearing lower prices then. However, he will need to purchase some GPPS in the latter part of January.