Gap between PE prices narrows in SEA and China 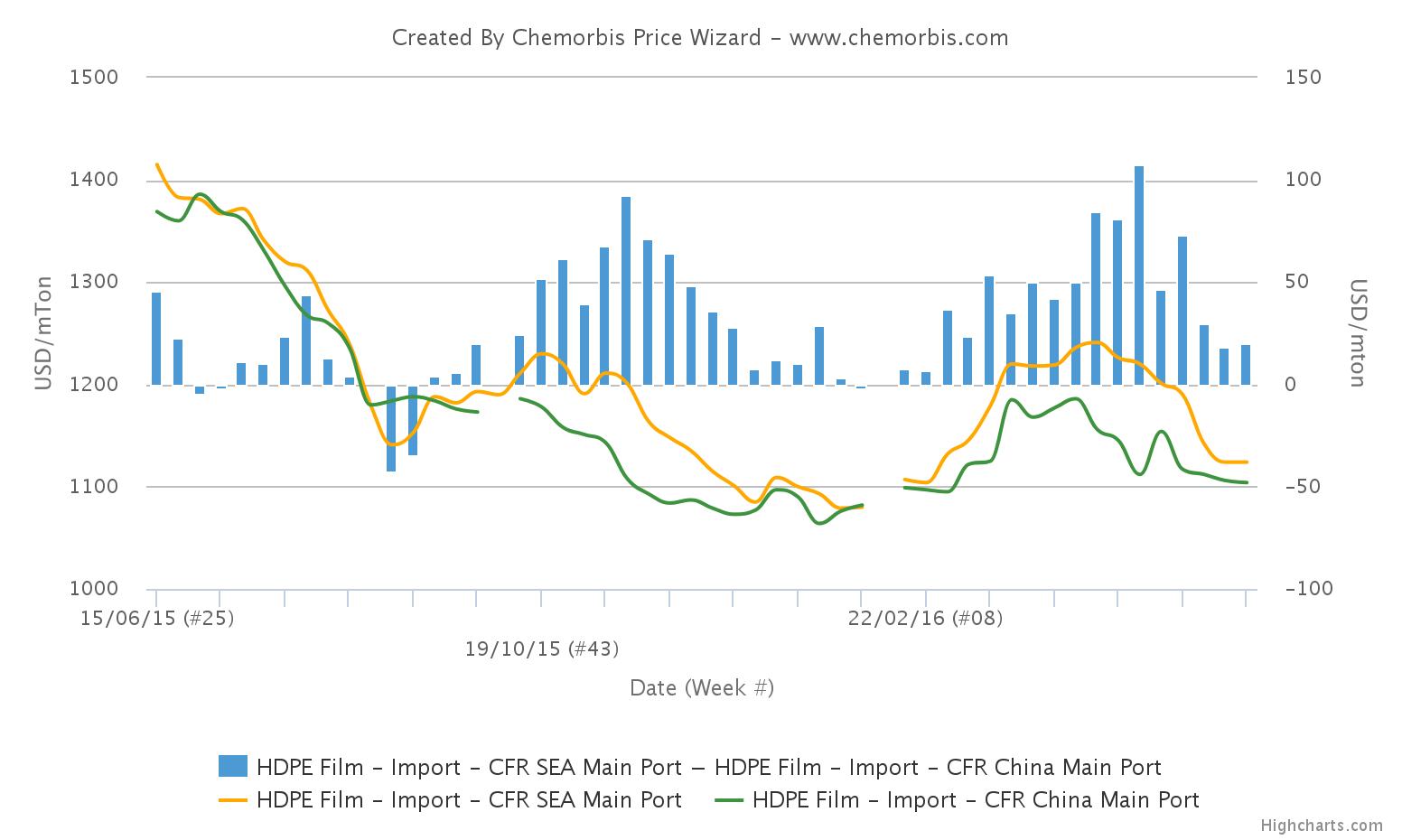 Players are keeping to the sidelines in Southeast Asia for now due to the low season as well as expectations of additional declines. In China, players started to replenish their stocks at the end of May or the beginning of June as they were running out of material. However, they are buying in smaller quantities and many deals are being concluded with discounts. A trader commented, “We are seeing more Iranian cargoes, including HDPE film, HDPE injection and LLDPE film entering the Chinese market these days.”