by ChemOrbis Editorial Team - content@chemorbis.com
According to data obtained from ChemOrbis Price Index, the gap between import ABS injection prices in Turkey and China has grown to be the widest since mid-March 2017.

Price increases in China’s import market kicked off earlier than in Turkey by May and China moved above Turkey, recently trading with a premium of around $130/ton, as can be seen on the graph below, although Turkey should be trading above China under balanced market conditions. 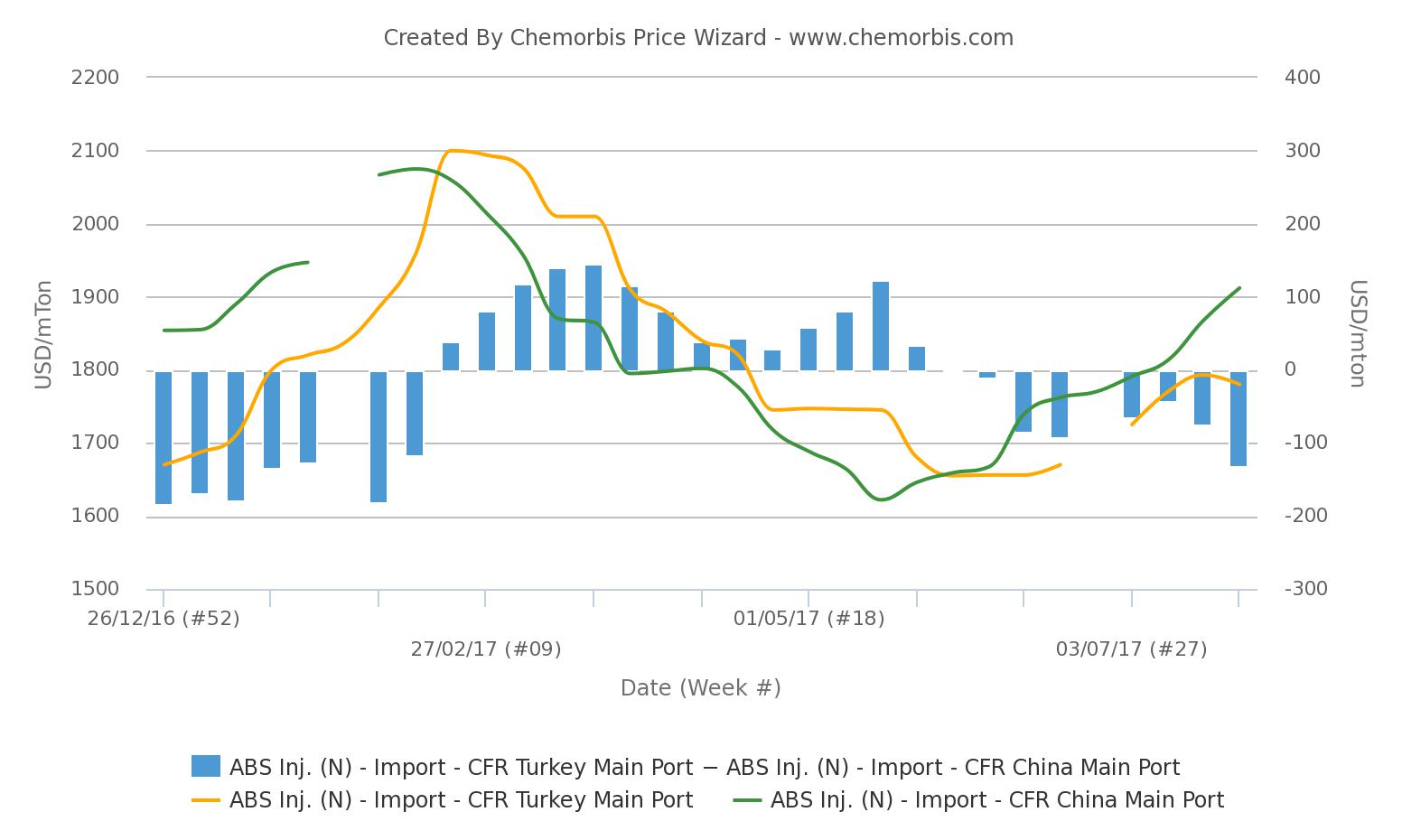 Both Turkey and China sustained their bullish ABS trend throughout July owing to improved demand in China amidst tight supplies particularly from Taiwanese ABS producers. Although spot butadiene costs declined and styrene costs weakened at the end of last week, the near-term sentiment in China remained firm given the above mentioned supply-demand factors.

Similarly, Turkey’s ABS market has been on a rise since mid-June tracking China, whereas hike requests have not been as large as they were to China due to generally moderate demand for import cargos. “Increases from Far East Asian ABS sellers materialized only to some extent since buyers turned to more competitively priced locally-held cargos for various origins. Nonetheless, we expect the rising costs of imports to lift the local market up in August-September,” traders reported.

Expectations for August hint at additional increases from Asian ABS sources despite volatile upstream costs. “Turkey is trading well below China regardless of the consecutive hikes during the last few months as activity is muted. We expect the market to remain under upward pressure from China and producers may tempt to apply new hikes for August,” said a player.