by ChemOrbis Editorial Team - content@chemorbis.com
According to the weekly average data obtained from ChemOrbis Price Index, the gap between import PVC prices in Turkey and Egypt has grown to be the widest since March 2011. 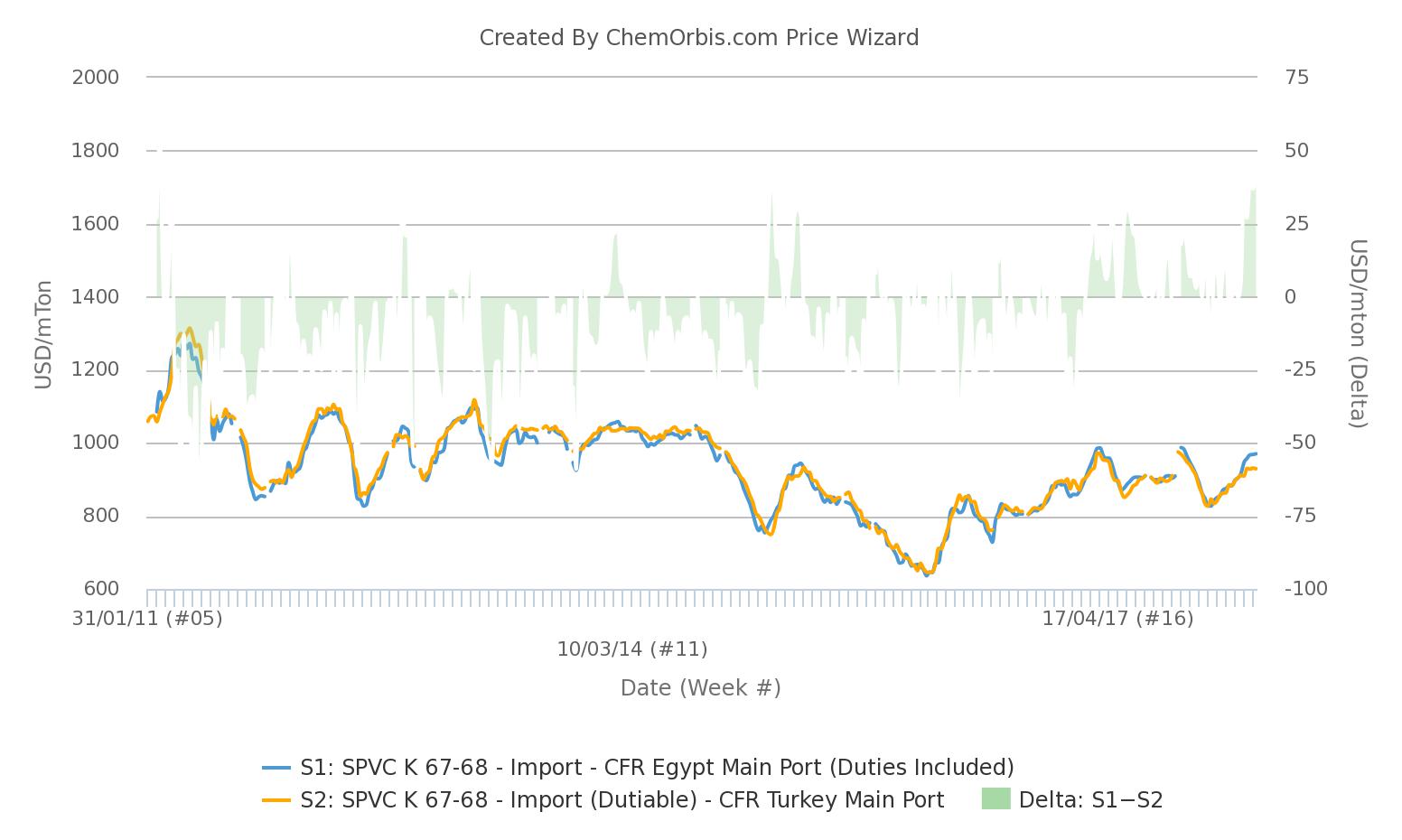 As can be seen on the graph below, import PVC in Turkey traded at par with Egypt by the beginning of January. However, soaring prices in Egypt’s import PVC market sharply widened the spread between the two countries in late January to $41/ton despite the fact that Turkey should be trading above Egypt under balanced market conditions. 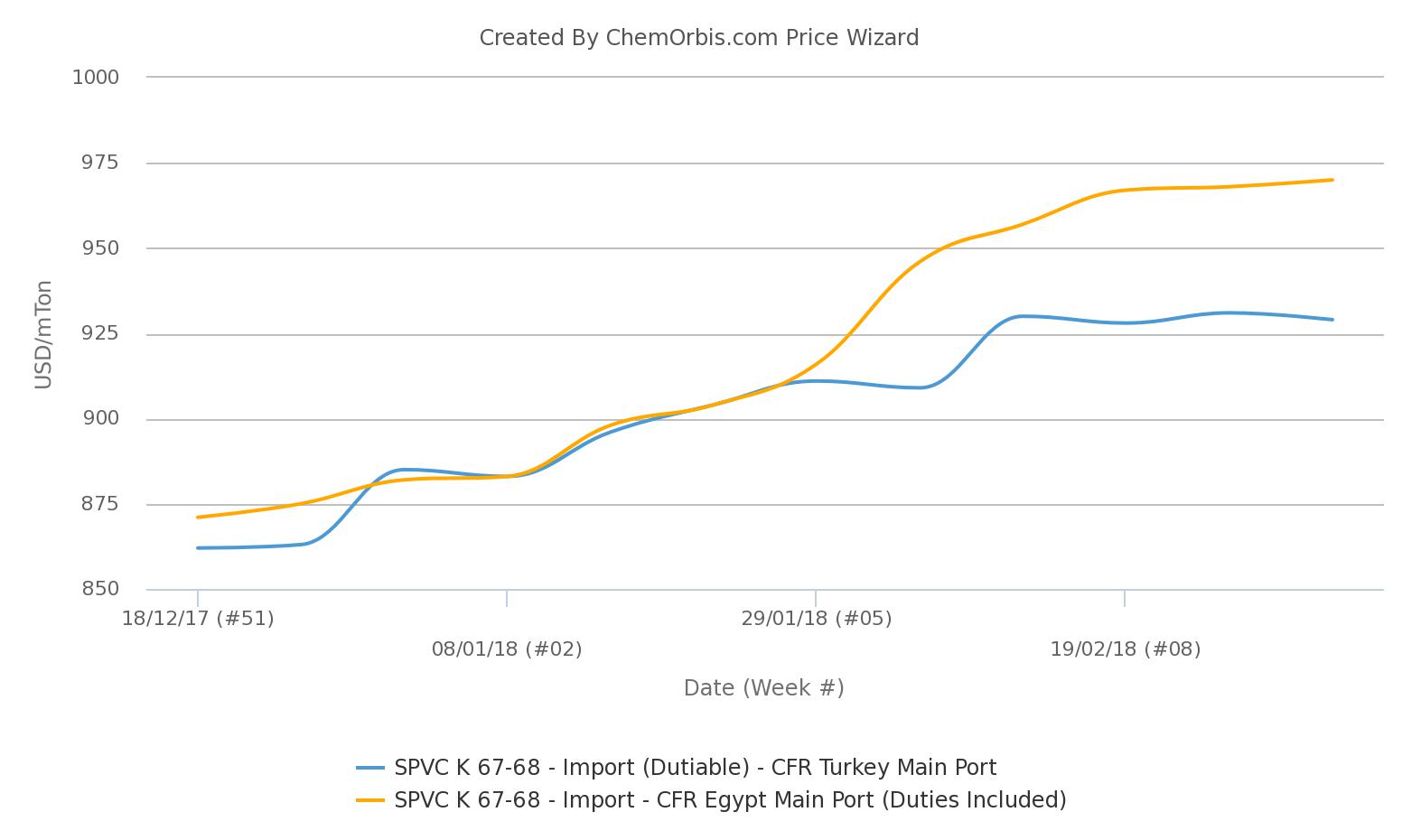 The widening gap mostly stemmed from the bullish trend in US PVC prices that took off during the second half of November last year in major global markets due to reduced export quotas from the US.

In Egypt’s import market, American PVC offers were last reported at $960-990/ton on CIF Egypt, cash basis, indicating a cumulative increase of around $66/ton since the upward trend kicked off in late January.

In Turkey, increases for US PVC, for which offers steadily rose since November last year, have lost steam in recent couple of weeks due to poor buying interest. US k67 prices were last reported at $910-950/ton CIF Turkey, subject to 6.5% customs duty and 18.81% ADD, cash.

Several traders in Turkey admit that even low-end US PVC offers are not working owing to the sluggish demand. "As buyers are resisting towards current sell ideas at $1000/ton threshold, US offers might remain at $950-960/ton,” a trader argued.

Meanwhile, buyers in the nearby Egyptian market are questioning the sustainability of the firming trend in US PVC imports due to the lack of buying appetite in global markets.