Gap between import HIPS and ABS prices widens in China

by ChemOrbis Editorial Team - content@chemorbis.com
In China’s import ABS and HIPS markets, the price gap between the two products has been persistently growing since the middle of last June due to rising butadiene and styrene costs in Asia.

According to data from ChemOrbis Price Index, import ABS prices on a weekly average basis are currently carrying a premium of around $361/ton against import HIPS prices, the largest gap since March 2012. 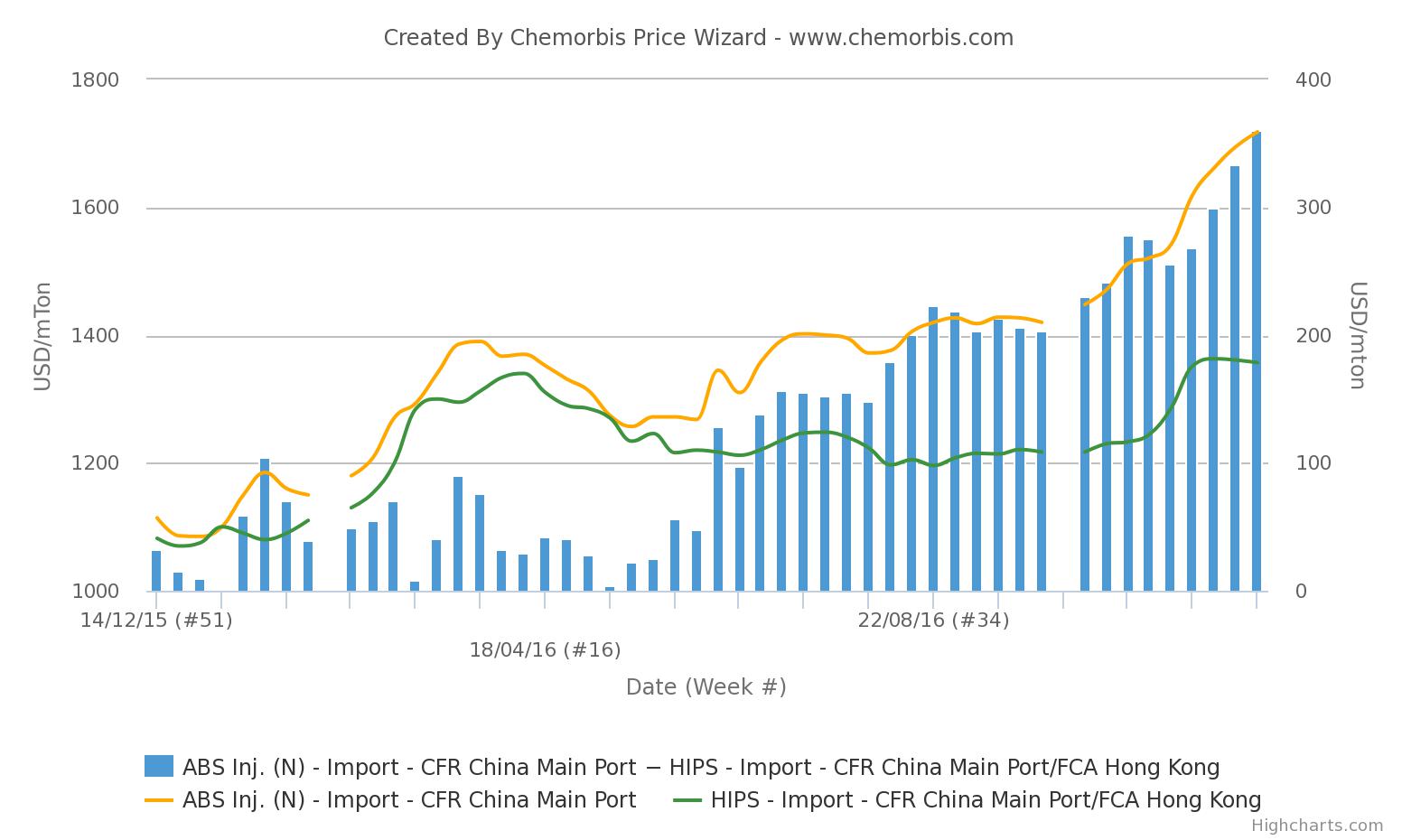 A trader operating in Hong Kong stated, “ABS prices have been witnessing larger gains in the past months due to surging spot butadiene costs. Following OPEC’s decision to cut production, crude oil prices jumped over the $50/barrel level. This is putting extra pressure on both butadiene and styrene prices as well as the ABS and HIPS markets.”

In China, the overall range for import ABS prices is currently standing at $1700-1742/ton on a CIF, cash basis while import HIPS prices stand at $1349-1364/ton with the same terms.