Gap between local GPPS and HIPS below $100 in Turkey

by ChemOrbis Editorial Team - content@chemorbis.com
Turkey’s locally-held PS market has been on a bearish note since early February driven by slowing demand and falling import markets for both European and Asian origins. This week, HIPS prices apparently posted more remarkable decreases compared to GPPS as the downward trend gained momentum due to slipping butadiene costs in Asia.

Following the recent decreases, the gap between the local GPPS and HIPS markets moved below $100/ton for the first time in one and a half month to around $75/ton, according to the weekly average prices in ChemOrbis Price Index. Although this gap is somewhat lower now, it is still considered large enough particularly when compared to the average spread of $50/ton seen for the most part of 2016. 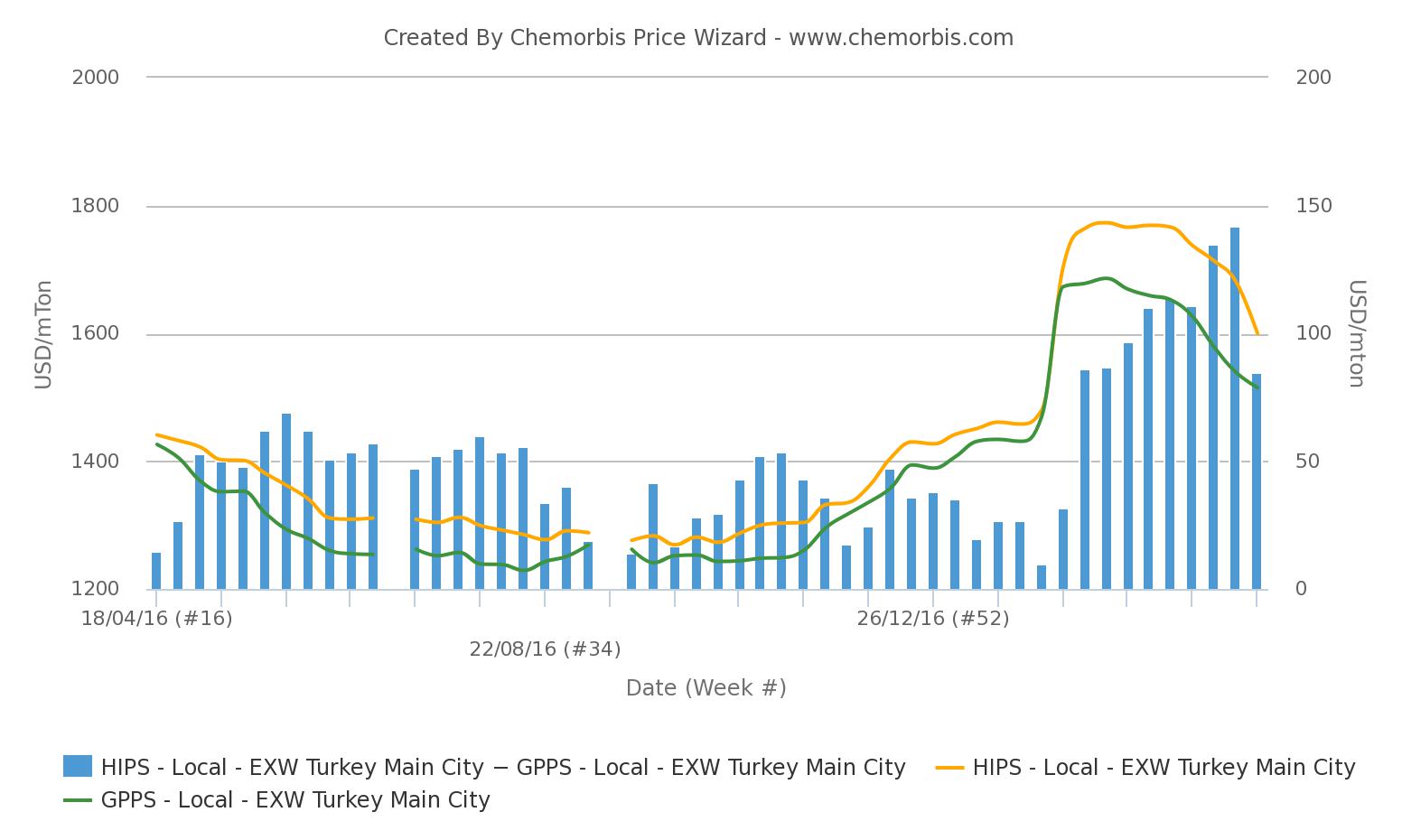 Higher energy costs failed to attract buyers to the market ahead of a political referendum this Sunday. Feedstock costs were not supportive as spot styrene costs in Asia did not sustain their rebound and mostly fluctuated this week, while slumping butadiene prices on a weekly basis exerted an extra pressure on HIPS in particular.

Spot butadiene costs in Asia plunged by $450/ton on a FOB Korea basis in a week to be recently reported at $1300/ton. Spot styrene prices were down by $20/ton to around $1170/ton with the same terms.

Meanwhile, some distributors expect the market to recover slightly next month once aggressively priced prompt Iranian materials diminish. “In case decreases in the import market lose steam, this could limit the size of drops in the local market as well,” a seller opined.