Gap between local GPPS and HIPS narrows in Turkey, China

by ChemOrbis Editorial Team - content@chemorbis.com
PS markets have been following similar paths in Turkey and China, with both markets witnessing a downwards trend since May of this year. Heading to the year end, the gap between local GPPS and HIPS has narrowed significantly in both countries, according to the data from ChemOrbis Price Indexes.

In Turkey, the delta between GPPS and HIPS stand at around $30/ton in the locally-held PS market. Players report that HIPS demand has been performing worse than GPPS for the last couple of weeks. 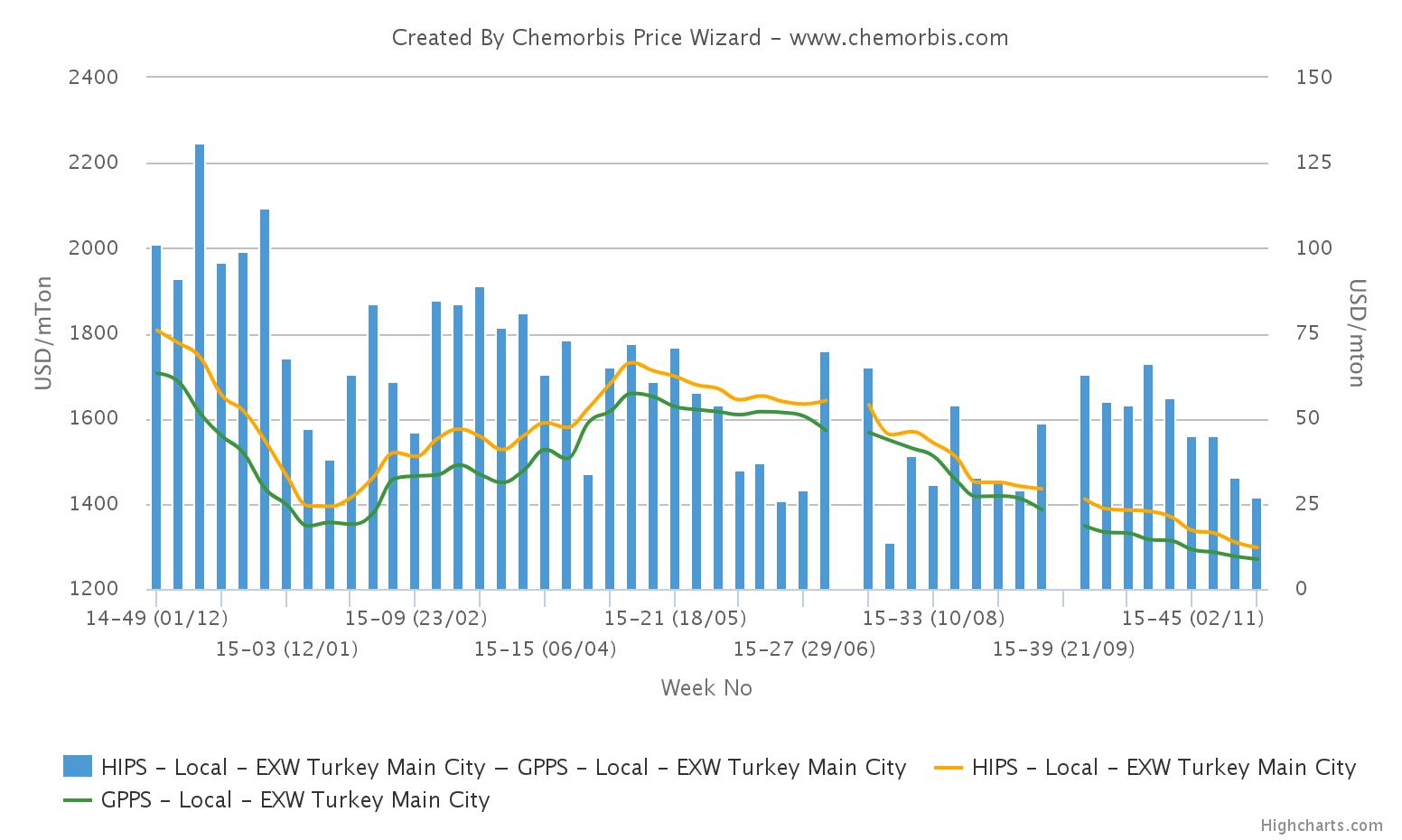 Distributors refrain from building up stocks given the unclear market outlook. Persistently limited availability is keeping supply in balance with muted activity. A distributor stated, “We do not have much PS left. HIPS demand is slower than GPPS and that’s why we offer the same price level for HIPS as GPPS.” A trader attributed slowing HIPS demand to the fact that several buyers shifted to PP instead of using HIPS.

“The gap between GPPS and HIPS declined considerably to as low as $20-30/ton, although it is traditionally around $100/ton,” a disposables converter opined. "This means GPPS will fall or HIPS should rise. It is interesting that converters shifted to PP in the recent months since PP converting cost is more expensive compared to HIPS. Meanwhile, the gap between PP and HIPS is around $100/ton for offers including VAT these days," he continued.

In China, the scene is similar to Turkey with HIPS prices currently standing at par with GPPS prices with prices declining CNY100-250/ton ($16-39/ton) from a week earlier in the local market. 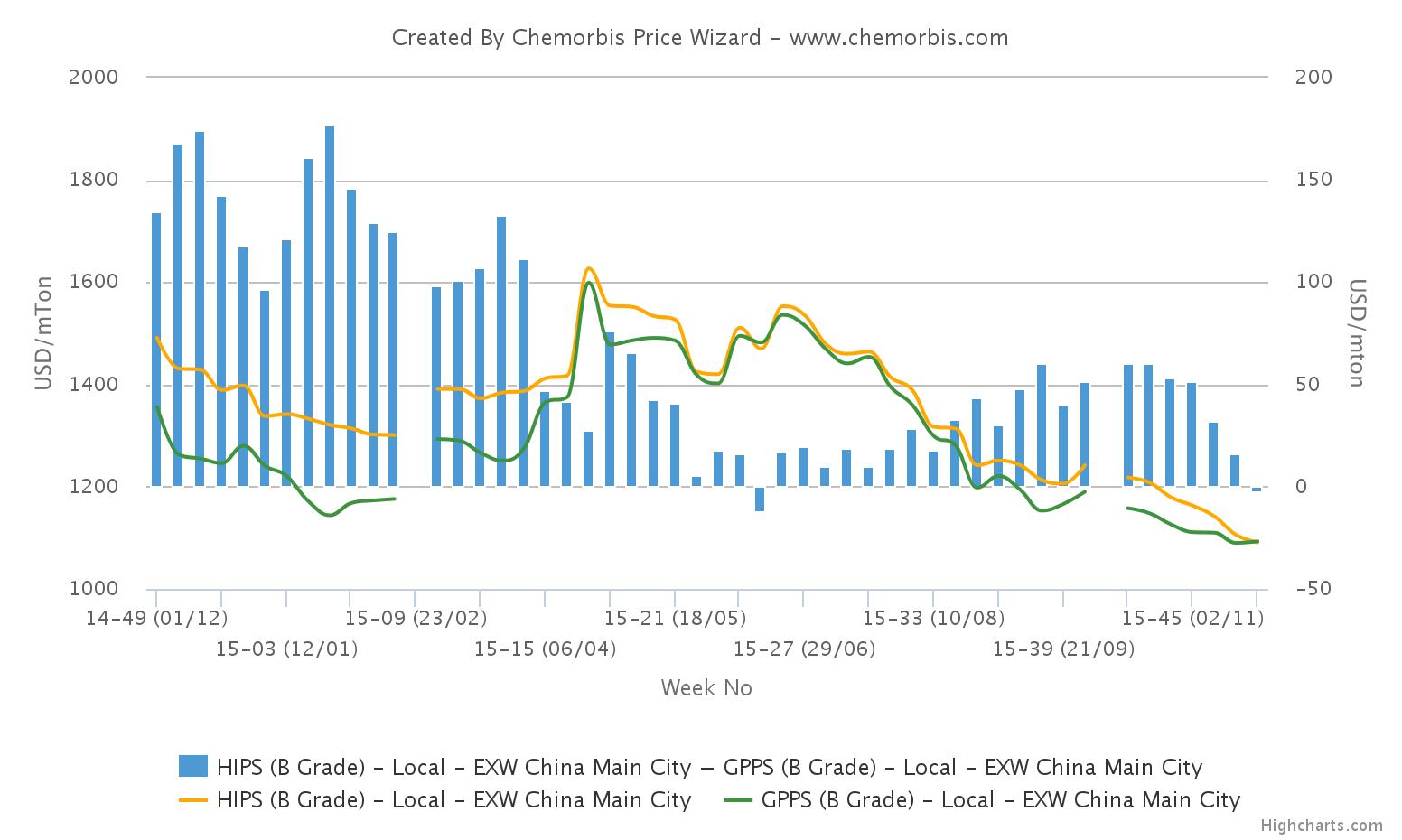 A source from a producer commented that December and January are normally high seasons for PS while they are not confident that they will see a major improvement this year. “We think that spot styrene prices will determine the market direction this year. We believe that spot styrene prices will rebound soon as styrene inventories in Shanghai port are quite low nowadays. Currently, demand for GPPS is better than HIPS and we can achieve better margins for GPPS,” the source said.

A Ningbo-based trader commented, “Overall buying interest remains sluggish with no signals of a considerable up-tick so far despite the high season of December due to weak styrene costs. Nonetheless, GPPS demand is still better compared to HIPS.”

A manufacturer reported that a Chinese producer revised their PS offers downward by around CNY100/ton ($15/ton). “Usually, December is the peak season for the refrigerator sector ,but so far demand is weak. We believe that PS producers will remain under pressure considering the prevailing polymer prices and styrene costs,” argued the buyer.