by ChemOrbis Editorial Team - content@chemorbis.com
In Turkey, the gap between locally-held homo PP raffia and HIPS injection has been widening since late October this year. According to ChemOrbis Price Wizard, HIPS’s premium over homo PP raffia prices recently reached around $260/ton, the largest seen since June 2016. 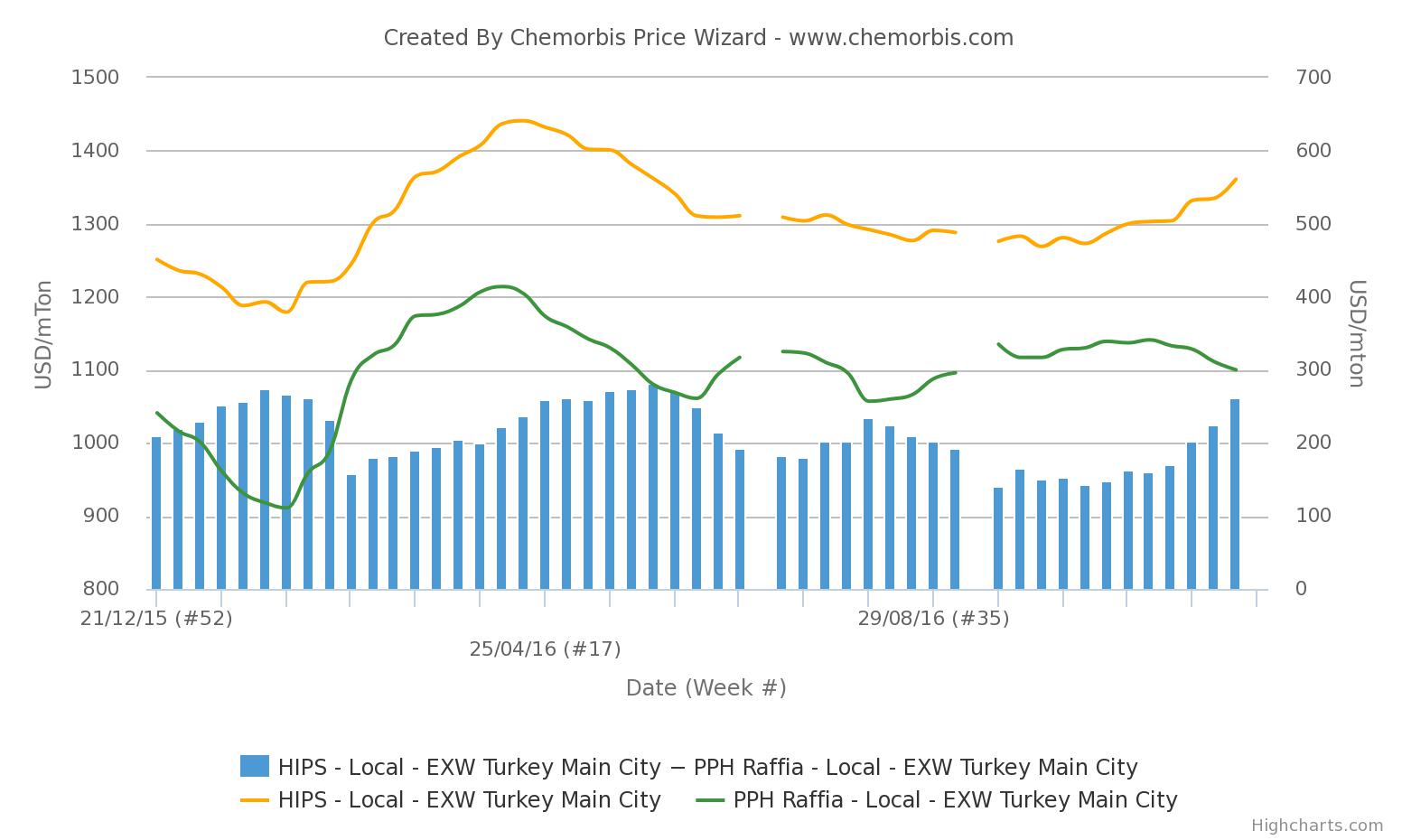 The prevailing homo PP raffia range was reported at $1260-1330/ton ex-warehouse Turkey, cash inc VAT over the week. The market was on a steady easinge since mid-October driven by sufficient availability, retreating import offers as well as low buying interest amidst the nearing year end and high USD/TL parity. HIPS offers, on the other hand, were quoted between $1600-1650/ton with the same terms in line with surging upstream costs and the import PS market in the period.

A converter active in the packaging market commented, “The gap between HIPS and PP raffia widened a lot during the last two months. Normally, it should be at around $100-150/ton, which means either PP prices have to move up or hikes for HIPS are a bit artificial. We secured some HIPS prior to the sizeable hikes and we plan to gauge the trend until February.”