by ChemOrbis Editorial Team - content@chemorbis.com
Global PVC markets have mostly started the new year on a firming note in the midst of the ongoing bullish run of spot ethylene prices in Asia as well as growing seasonal demand in India, the world’s largest PVC importer.

India’s import PVC market have increased for the sixth week in a row since sellers enjoyed improving demand amidst the start of the high season. China’s PVC market, meanwhile, received support from firmer futures and reduced supplies given tighter environmental inspections, with prices tracking a rising trend despite the winter season. 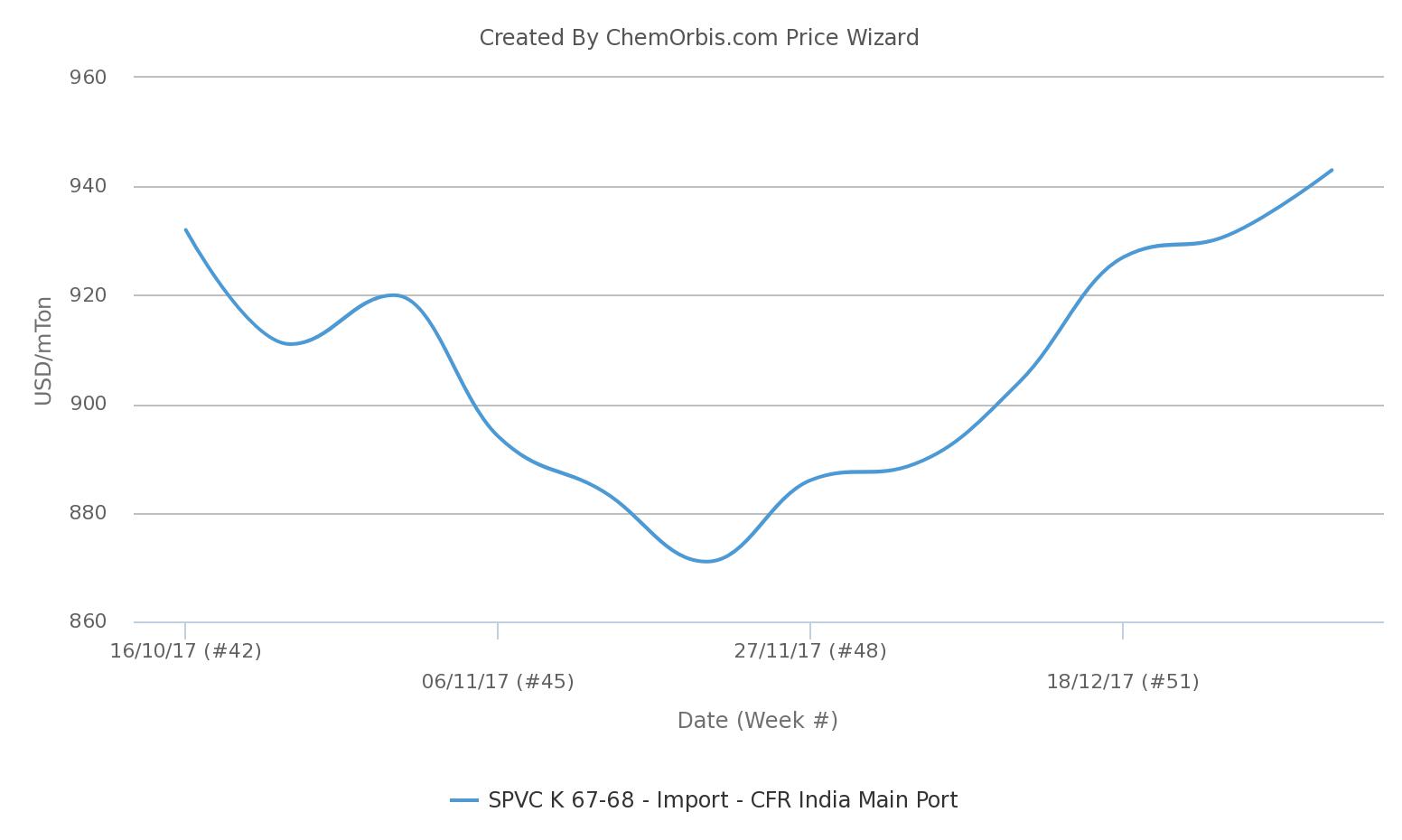 Several players operating in China, India and Southeast Asia expressed their expectations regarding a major Taiwanese producer’s February announcement, saying, “Considering the ongoing presence of these bullish factors, we think that the major producer will approach the Asian markets with increases of up to $50-60/ton from January.”

In Europe, PVC sellers mostly voiced their intentions of applying small increases of €10-15/ton on their January offers this week. However, the market sentiment is not as strong as it is in Asia and sellers’ hike intentions are being questioned given the stable outcome of the ethylene contract.

A West European seller noted, “The market remains muted for now given the lingering holiday lull. However, buyers are likely to replenish stocks in the days ahead. Producers seek increases in their new offers, pointing to their squeezed margins.” A regional converter, on the other hand, said, “Given the stable ethylene contract settlement and our flimsy end-product business, we are confident about concluding our January PVC deals with rollovers.”

Meanwhile, import PVC prices from the US witnessed a fresh round of increases of $20-25/ton both in Turkey and Egypt in the first week of the year. An Egyptian agent offering on behalf of a US supplier stated, "Demand is muted amidst the new year holiday whereas our US supplier stands firm on its offers given higher upstream costs."