In Asia, ethylene prices started to increase in early November on the back of improved demand and spot prices posted cumulative increases of around $120/ton since late October, according to the ChemOrbis Price Wizard. Asian players mostly expect spot ethylene prices to witness further increases in the upcoming month amid expectations of reduced supplies ahead of a heavy maintenance turnaround season in Japan as well as an improvement in demand in line with the approaching Chinese New Year.

In Europe, spot ethylene prices rebounded from their almost six-month low in the second week of December in response to better demand as well as cracker hiccups in the region, as data from ChemOrbis Price Wizard reveal. Accordingly, expectations for January contract settlements call for increases ranging between €20/ton and €40/ton. 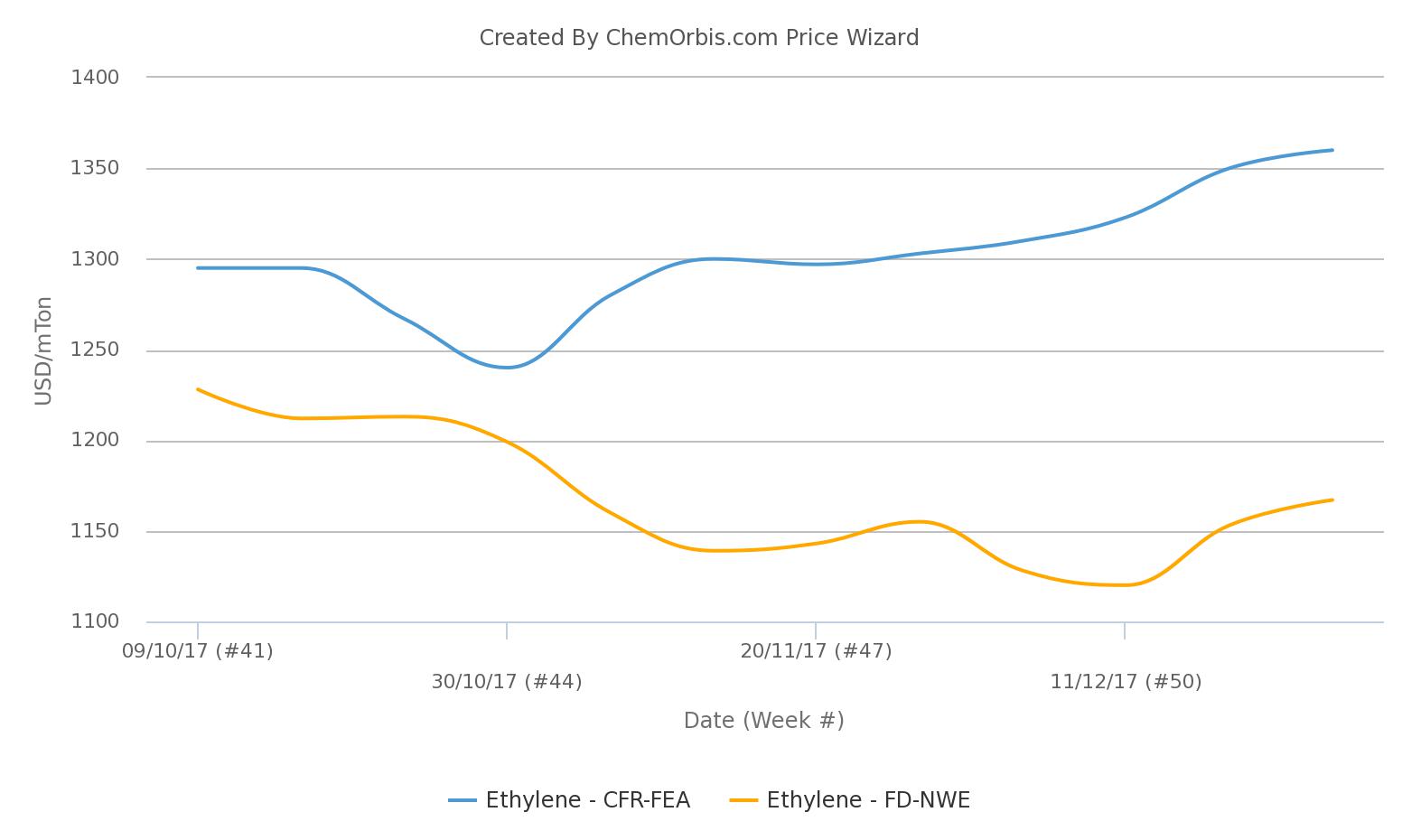 In the US, spot ethylene prices moved higher over the week on the back of an unplanned shutdown at Formosa Plastics’s No. 1 cracker in Texas, which boosted trading activities and resulted in higher ethylene prices.

To track the most updated production news, please see Production News (For members only)