by ChemOrbis Editorial Team - content@chemorbis.com
Global naphtha costs posted significant decreases over the course of this week weighed down by weaker energy costs. Spot naphtha prices sank below the $300/ton threshold both in Europe and Asia following a short-lived crude rebound which had pushed prices up above $30/barrel by mid-January.

On a weekly comparison, spot naphtha prices lost around $25/ton on CFR Japan basis to be reported at $285/ton roughly. The drop since February started was larger at $60/ton. Naphtha costs in Europe were also down $30/ton to be quoted at $270/ton CIF NWE while they stood $45/ton below early month levels.

The main trigger behind lower naphtha prices on a global scale was falling energy prices. NYMEX crude oil futures turned down on Monday to settle below the $30/barrel threshold and represented a drop of more than $4/bbl from early February. They sank below $27/bbl during the intra-day sessions on Thursday. Similarly, ICE Brent crude futures were down more than $3/bbl from early February amidst up and down fluctuations during this week. 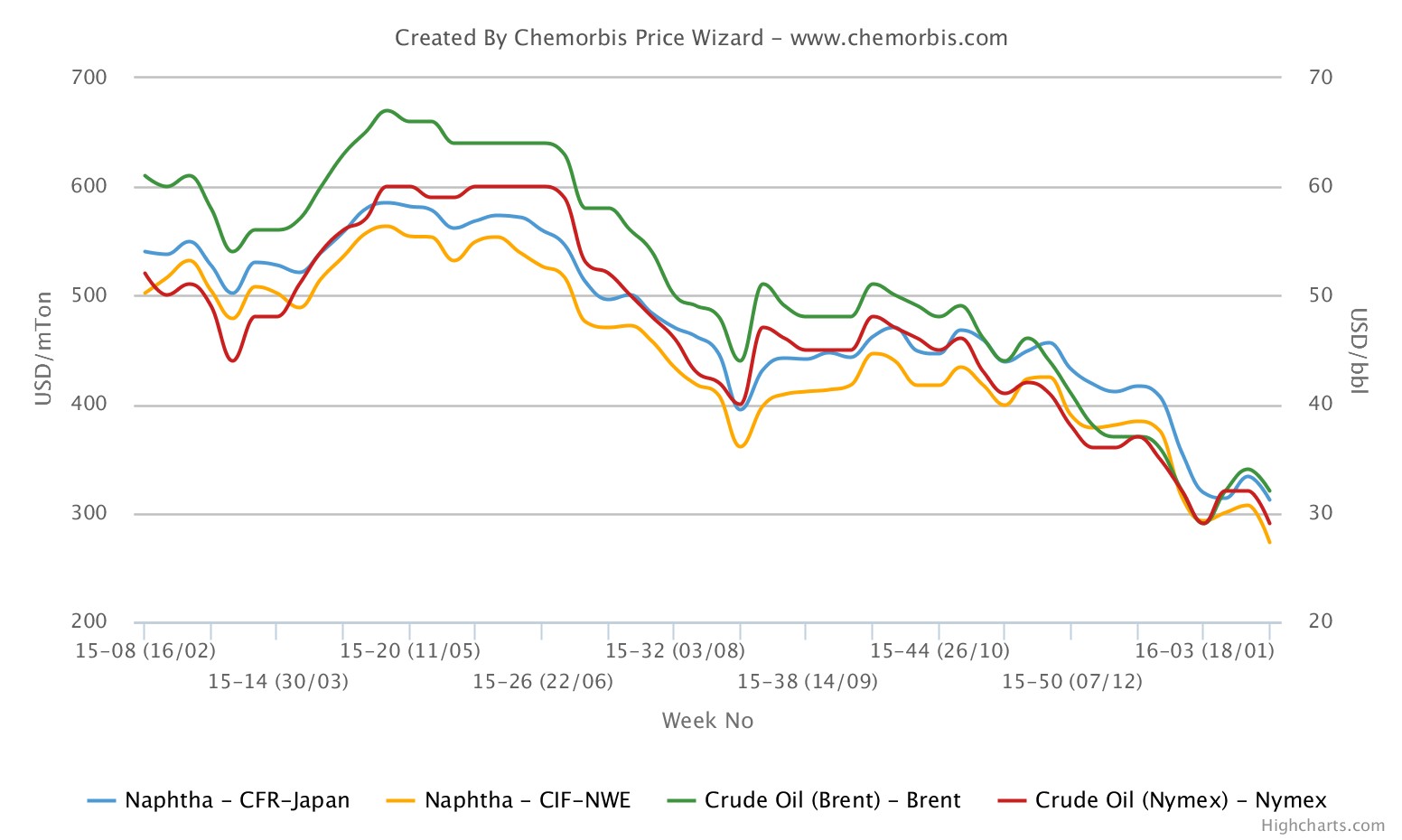 According to market sources, another factor pushing naphtha costs down was deemed as comfortable supply and unspectacular demand. Some crackers are set for spring turnarounds in Asia, meanwhile, which may exert more pressure on naphtha markets by boosting supply levels.