by ChemOrbis Editorial Team - content@chemorbis.com
According to data from ChemOrbis Price Index, import HDPE film prices into Southeast Asia have moved below ethylene prices based on spot ethylene deals in Far East Asia over the last two weeks. Apart from a firm crude oil trend, spot ethylene prices in Far East Asia had been supported by tight supplies and healthy demand in the last three weeks. Although ethylene prices have stabilized amidst the recent crude oil losses and retreating spot demand, they are still standing above the prevailing import offers for HDPE film given to South East Asia.

Spot ethylene prices on a CFR Far East Asia basis have recorded a cumulative increase of $130/ton since the second week of August while they have recently stabilized at around $1195/ton, the highest level since mid-April.

ChemOrbis data indicates that the gap between spot ethylene prices in Far East Asia and CFR Southeast Asia based HDPE film prices is currently standing at around $42/ton, suggesting that HDPE film is now being traded significantly below its breakeven point for producers in Northeast Asia. 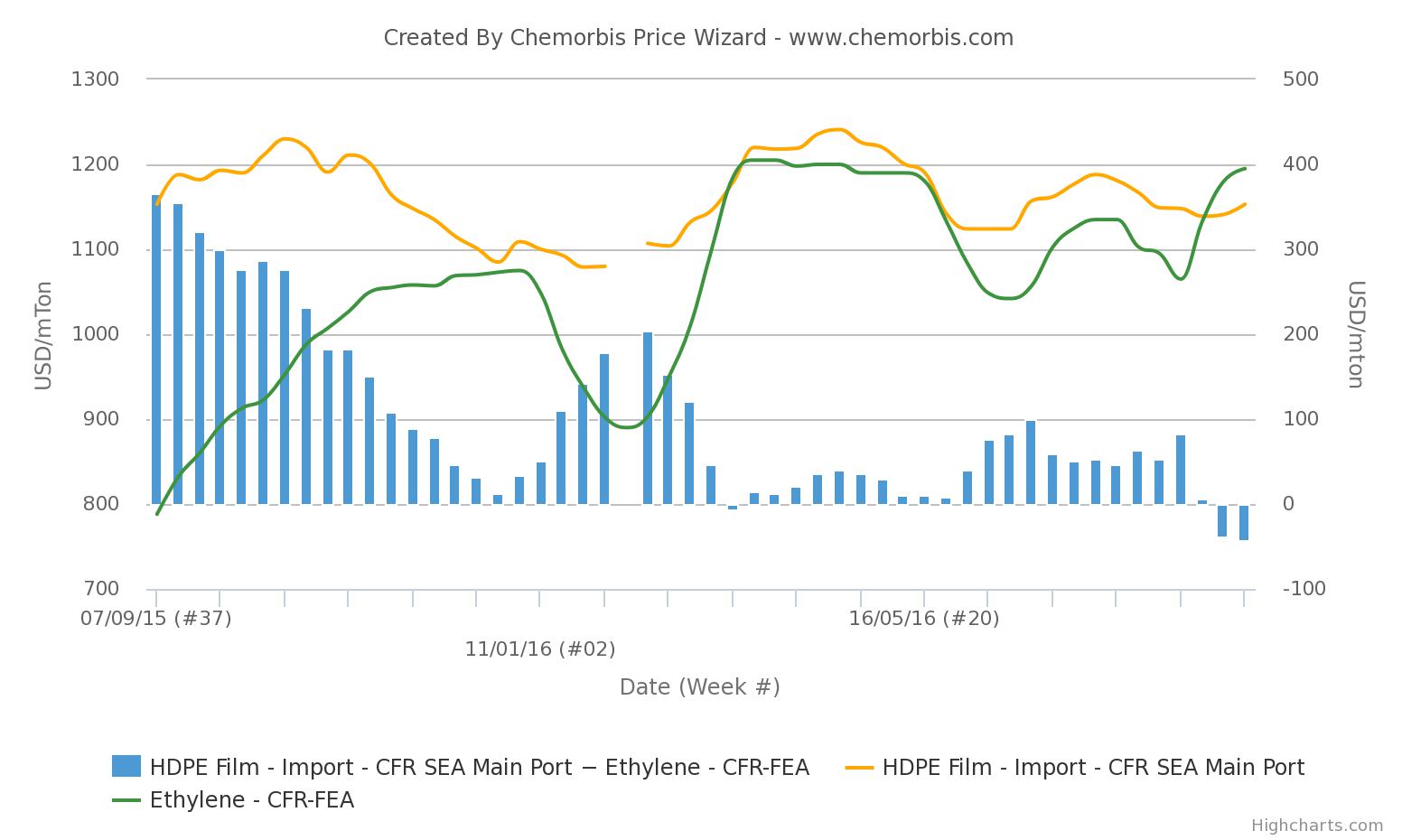 The situation for the region’s import LDPE and LLDPE markets is not the same since they have been carrying a notable premium over HDPE film prices for the last few months due to their relatively tighter availabilities. Nevertheless, due to the recent run up in spot ethylene prices in Northeast Asia, data suggests that spot ethylene is currently standing just $7/ton below LDPE film and only $3/ton below LLDPE film prices. 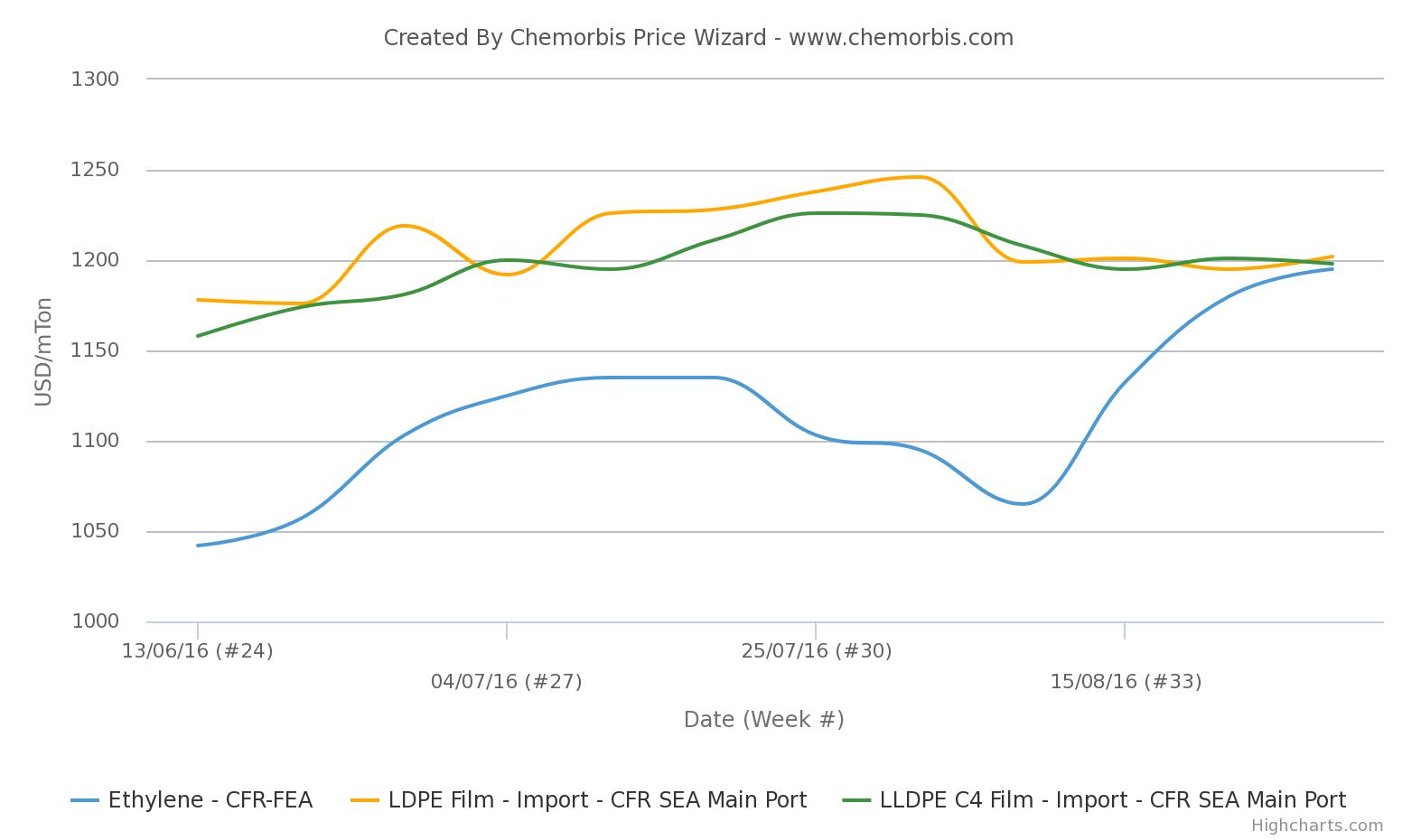