by ChemOrbis Editorial Team - content@chemorbis.com
Offers for HDPE pipe imports recorded a new round of visible increases in major regions including China, Southeast Asia and Turkey over the past week since demand was reported to be healthy amidst persistently tight supplies. Some players noted, “When compared to other HDPE grades, the largest increases were posted in pipe offers, which saw the strongest buying interest.”

Last week, a trader reported that a South Korean producer applied major weekly hikes of $200/ton on its HDPE pipe prices to China and Southeast Asia. “The pipe grade sees the strongest demand among other HDPE products owing to its quite tight supplies. Despite the approaching Chinese New Year holiday, we believe that HDPE pipe prices will maintain their current levels,” the trader noted.

In Turkey, import HDPE pipe prices registered additional hikes last week on the back of tight supplies from Middle Eastern suppliers, who mostly focused more on their export sales to China due to vivid demand. According to the data from ChemOrbis Price Index, the weekly averages of import HDPE pipe natural and black prices have hit their highest levels since June 2015. 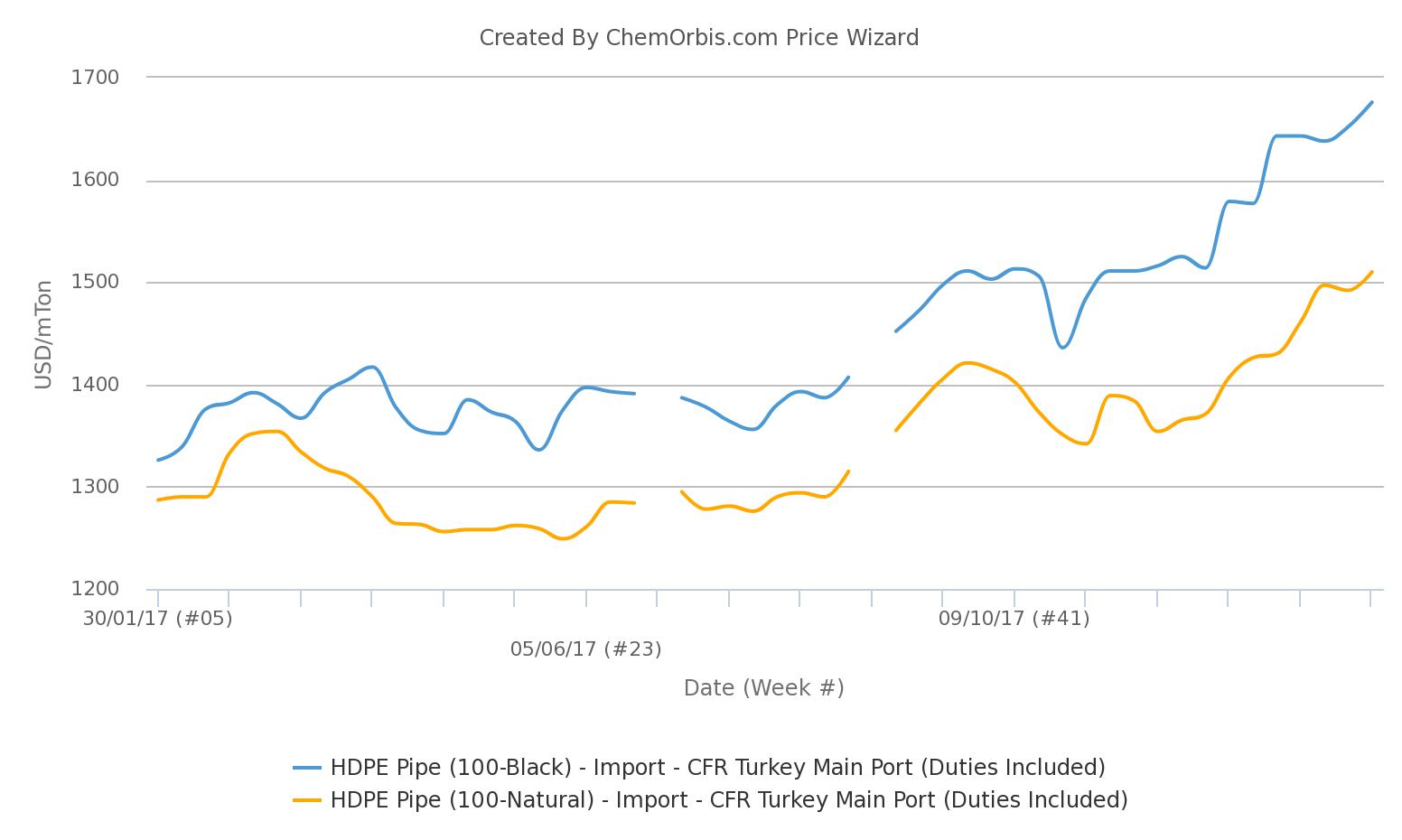 A Turkish pipe converter opined, “Middle Eastern and South Korean suppliers are likely to issue further hikes for next month as they keep their allocations limited to Turkey, pointing to better netbacks and healthy demand in China.”

Meanwhile, in Europe, a few players reported that demand towards HDPE pipe was strong last week, adding that they expect to see increases in pipe offers in line with the higher settlement of February ethylene contracts. A regional trader said, “Our HDPE offers for South Korean origins are €20/ton higher from the first half of the month.”