Higher supply from US, Russia sends oil prices down further ahead of OPEC meeting

by ChemOrbis Editorial Team - content@chemorbis.com
Since they reached a three-and-a-half-year high by around mid-May, crude oil prices have been mostly tracking a downward path amidst reports that oil driving activity in the US rose to its highest level since March 2015 while output in Russia also increased notably. Higher non-OPEC supply has started to offset efforts led by OPEC to withhold output, which have been in place in 2017.

The next OPEC meeting will be held on June 22 in Vienna while the agenda of the gathering is expected to be dominated by the cartel’s production policy. According to different media reports, Russia and Saudi Arabia are willing to increase oil output while some other member countries, including Iran and Iraq, are said to be against such a move.

In December 2016, OPEC and 11 non-OPEC member countries agreed to cut oil production by a total of 558,000 barrels a day. The agreement was concluded for the first half of 2017 and was extended until the end of 2018.

Data from ChemOrbis Price Wizard reveal that the weekly averages of Brent and WTI crude oil prices have posted cumulative decreases of around $3/barrel and $6/barrel, respectively, since the last week of May. The gap between the two has increased to around $11/ton, the largest since January 2014. 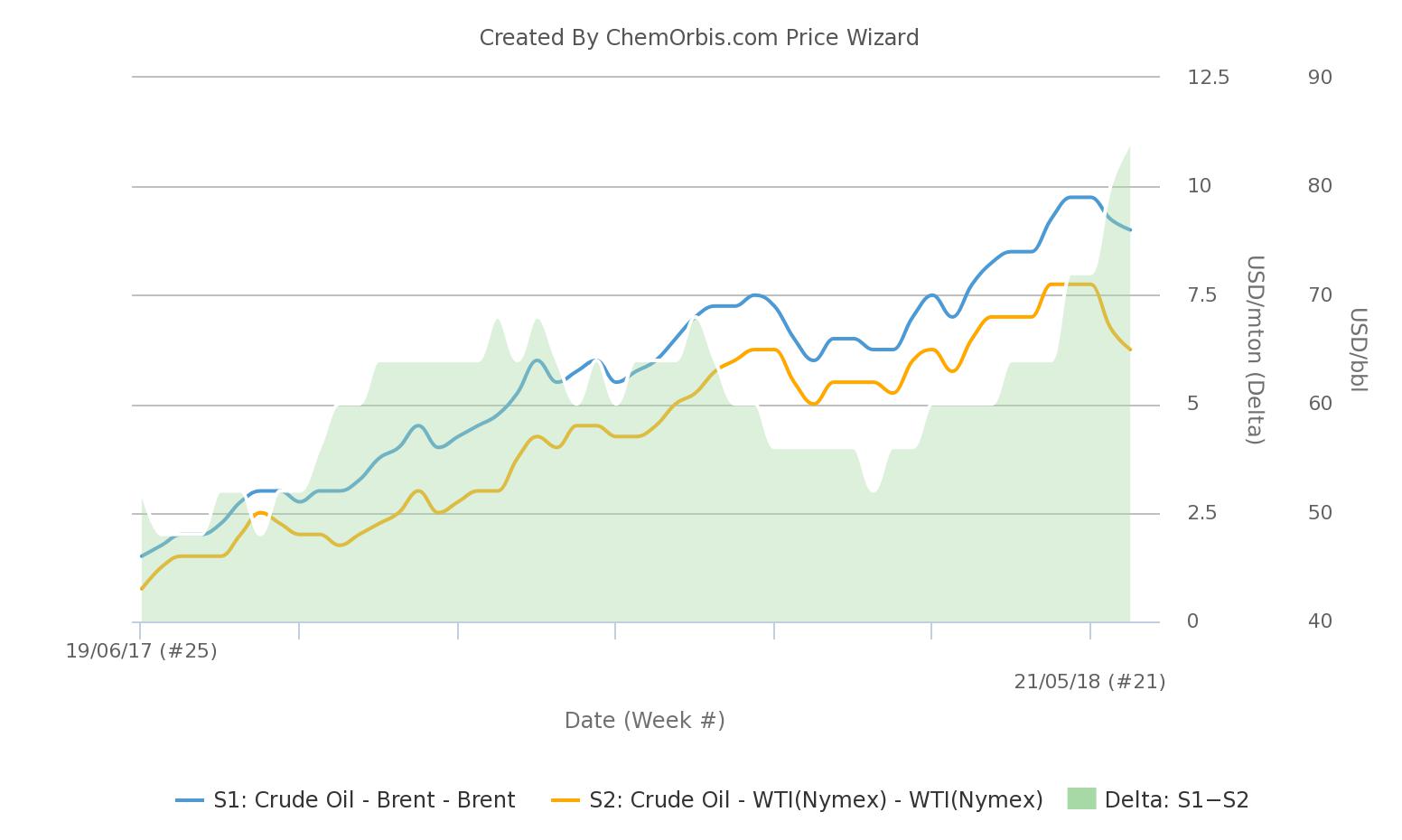