How is oil’s recent slump reflected on global petchem markets?

by ChemOrbis Editorial Team - content@chemorbis.com
After hitting a three-year high, crude oil futures have fallen for the past two-three weeks. This recent downturn has partially found reflection on naphtha and monomer prices in Asia and Europe while it has had a very limited impact on global polymer markets so far.

According to the weekly average data on ChemOrbis Price Wizard, WTI crude oil futures on the NYMEX and Brent futures on ICE have respectively decreased around $6/bbl and $7/bbl on average in the past two weeks. 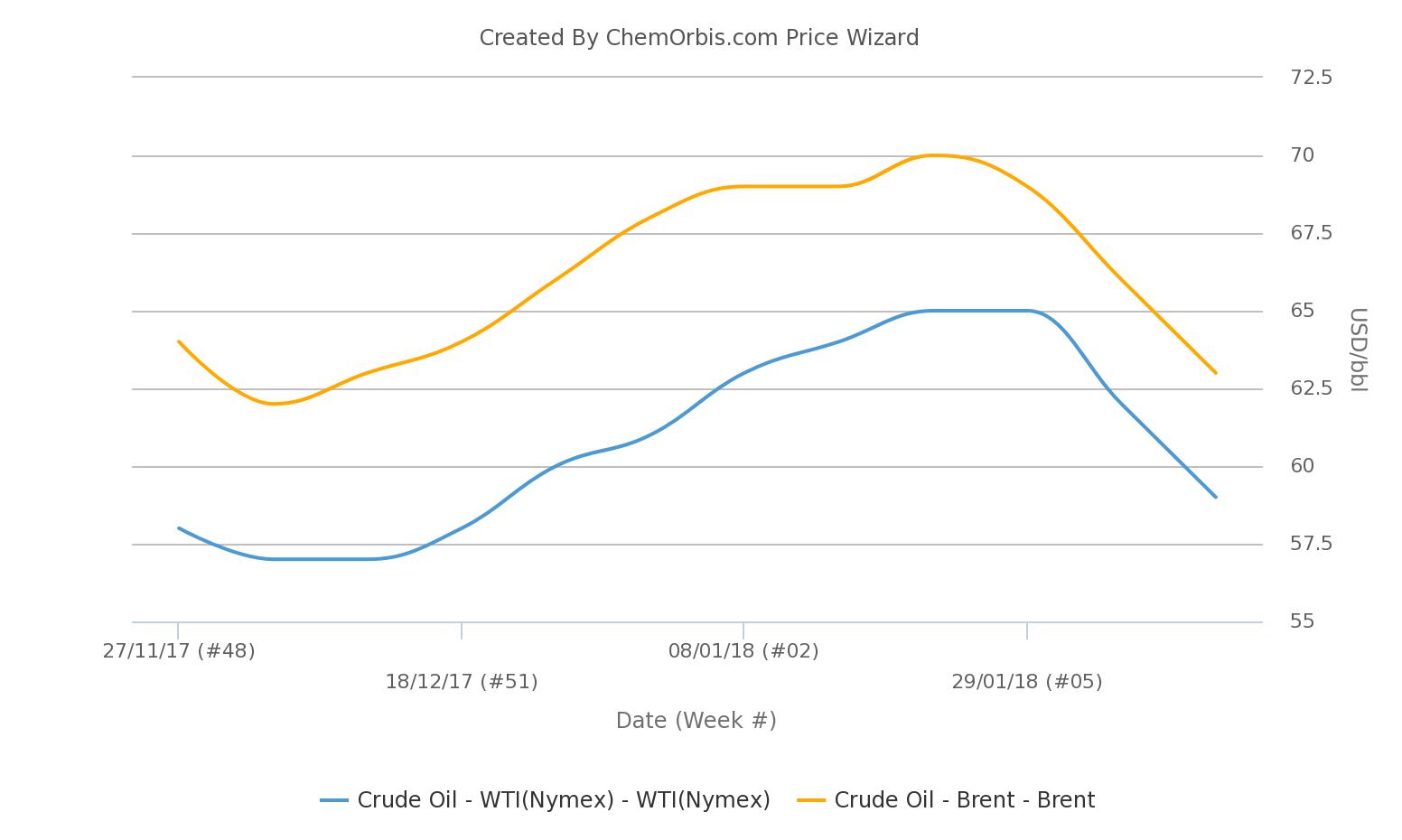 In line with the downturn of oil futures, spot naphtha prices in both Asia and Europe have tracked a softening trend over the past weeks. In around late January, spot prices in both regions were hovering around their highest levels since November-December 2014. 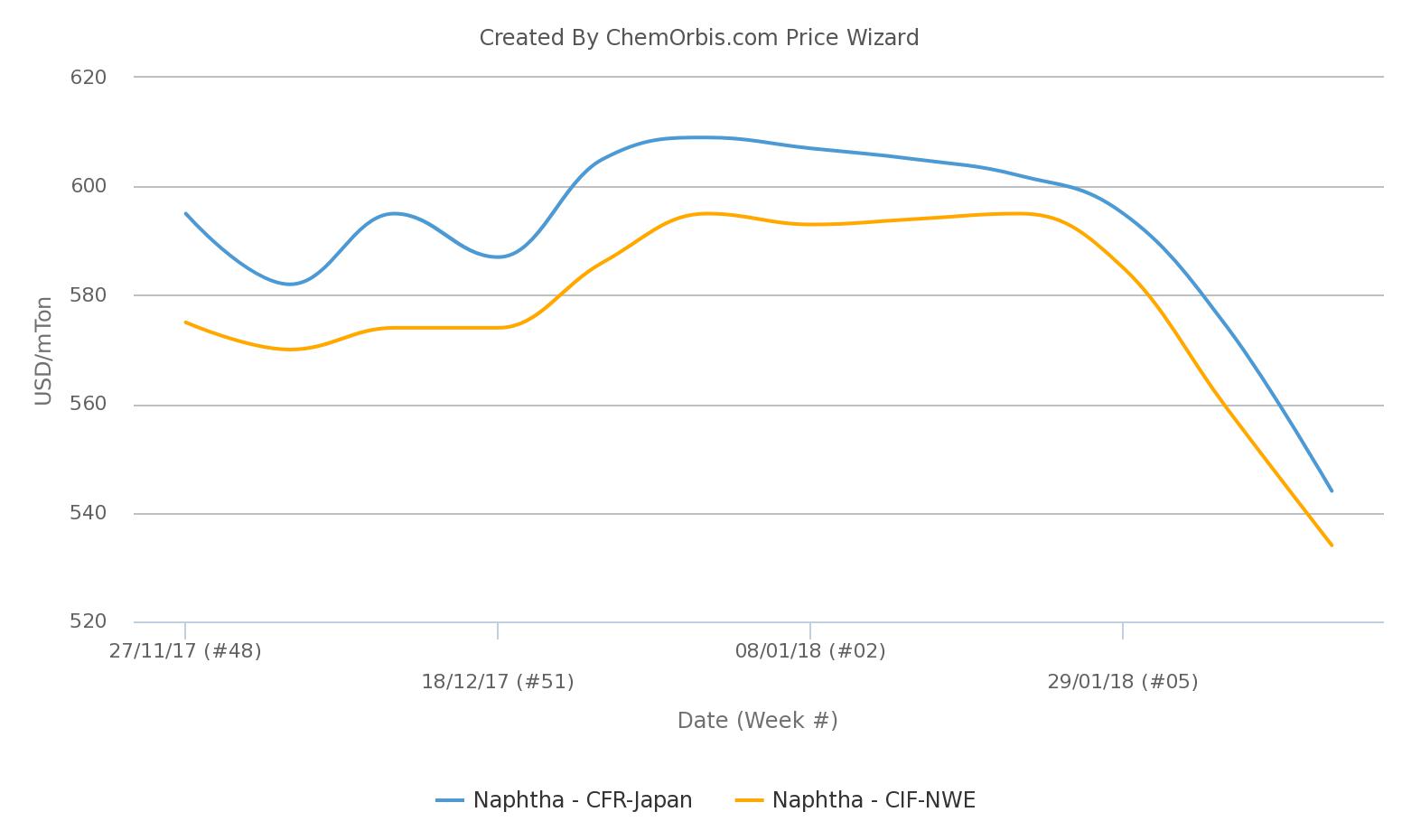 When it comes to monomers, the recent decline in energy prices has added to the downward pressure on ethylene in Asia. Spot prices already turned softer at the first week of January after hitting their highest levels since mid-June 2015.

In Europe, the impact of lower oil futures on monomer prices has been rather limited so far, with the weekly averages of spot ethylene and propylene tracking a mostly stable trend over the past two weeks. Prior to this recent stability, spot ethylene prices had been standing at their highest levels since June 2015 while propylene had hit a 10-month high. However, the latest decreases in spot naphtha have recently triggered expectations of rollovers in the next ethylene contracts in the midst of cracker shutdowns across Europe.

As for Europe’s styrene market, spot prices on a weekly average basis have been softening since the end of January, when prices reached their highest levels since late February 2017.

In the meantime, polymer prices have mostly been unaffected by the crude oil’s slump so far in global markets. China has entered its one-week long new year holiday as of today while the country’s PP, PE, PVC, PET, PS and ABS markets have mostly tracked a stable to firm trend over the past weeks, except for local prices for some products.

Southeast Asia’s polymer markets have tracked China higher in the recent weeks while the import polymer markets of Turkey, Middle East and Africa also continue to be mostly firm.

In Europe, monthly hikes are also materializing in all polymers, finding support from supply issues and the higher outcome of February monomer contracts.