by ChemOrbis Editorial Team - content@chemorbis.com
In China, local homo-PP prices have been tracking an increasing trend for the past three weeks with support from higher futures. The import market, on the other hand, has been on a soft note since it reached a four-month high in late June, according to ChemOrbis Price Index data.

Demand towards import PP has been persistently weak given the escalating trade war tensions with the US and its negative impact on the yuan-dollar exchange rate. The Chinese yuan has recently plunged to a 14-month low against the US dollar.

As a result of tepid demand, a major Saudi producer approached China with decreases for its August shipment homo-PP raffia offers while players reported that Indian raffia was dealt at quite competitive levels as low as $1200/ton CIF, cash over the past weeks.

“Chinese buyers refrain from making any large-scale purchases from the import market as they avoid currency risks. Hence they are covering their needs from local sources,” traders noted. Fading demand towards import origins coupled with higher futures has helped the local market rebound from its 15-month low three weeks ago.

September PP futures on the Dalian Commodity Exchange recorded a weekly gain of CNY450/ton ($66/ton) on August 3 while futures were up by around CNY680/ton ($99/ton) when compared to the start of July.

Meanwhile, China’s PP market is set for a new wave of maintenance shutdowns for the rest of 2018, which might also support local prices’ current firming trend in the near term. To track the most updated PP production news, please see PP Production News (For members only)

Weekly average data from ChemOrbis Price Index suggest that the unhealthy premium of the import homo-PP raffia market over locals has recently decreased to around $10-15/ton, down by $55-60/ton from around three weeks ago. Players are now discussing whether import PP prices will shrug off the firming local market amidst ongoing concerns about the trade war between China and the US. 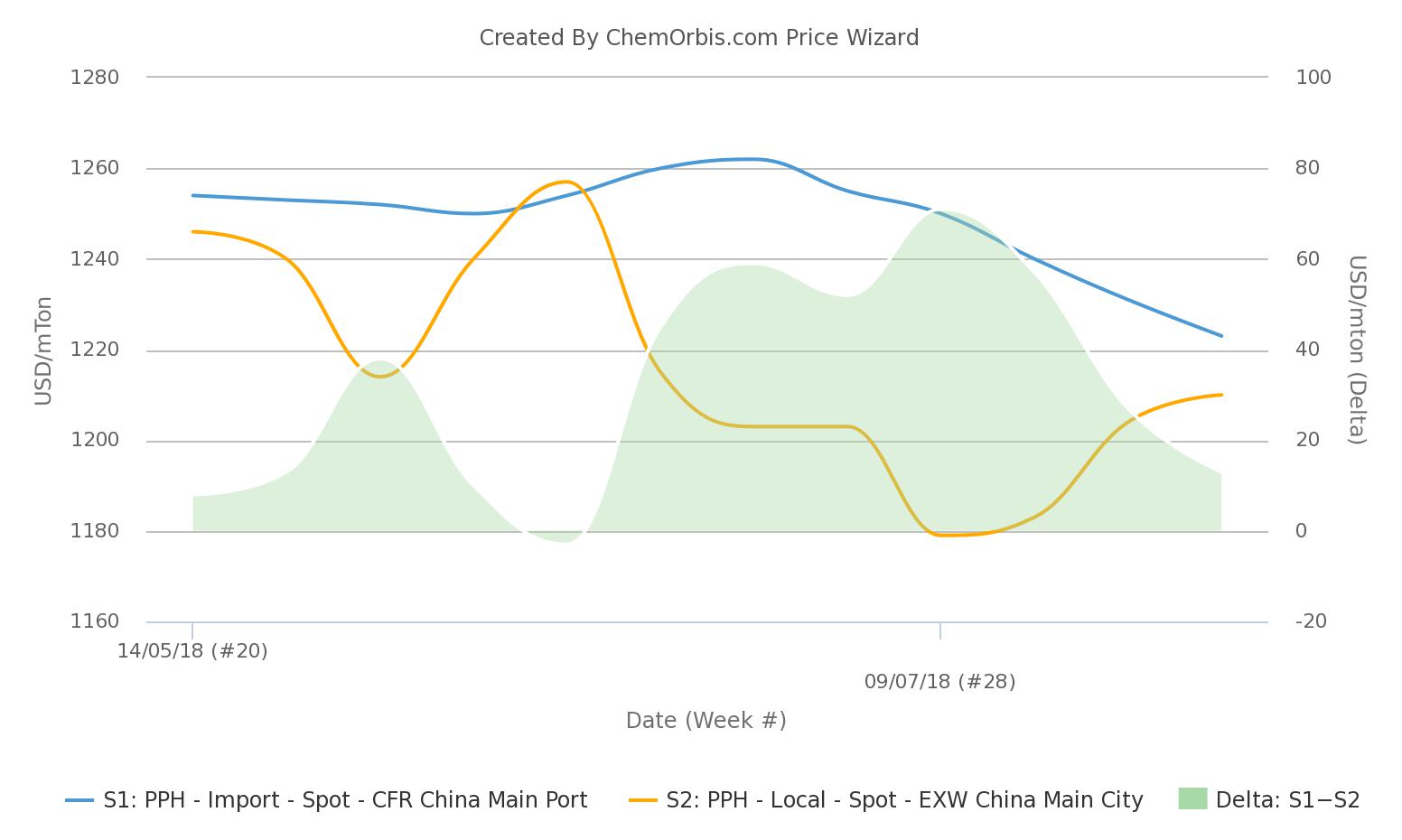