Import ABS prices witness new round of hikes in Turkey

by ChemOrbis Editorial Team - content@chemorbis.com
Asian ABS suppliers issued a new round of noteworthy increases in Turkey on the back of surging production costs in the region. According to ChemOrbis Price Wizard, the import weekly average price hit the highest level since August 2015. 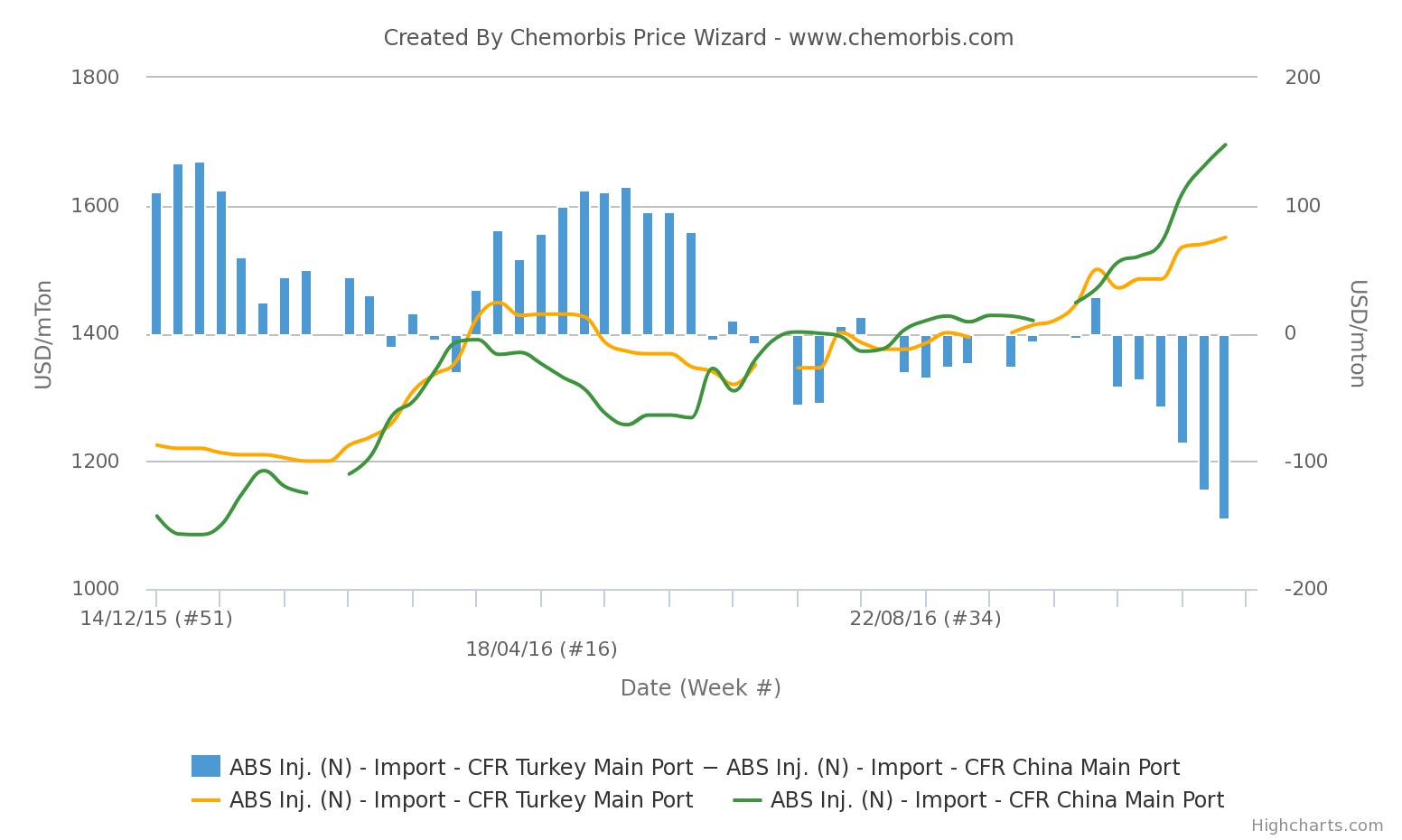 A Taiwanese ABS maker raised its prices by another $60/ton on the top of its initial $80/ton hike for December. The producer’s recent offers stood at $1660/ton for ABS natural and $1810/ton for ABS white, CIF Turkey, subject to 6.5% customs duty, cash.

Considering the recent Taiwanese ABS inj. offers at $1690-1700/ton CFR China, the producer’s ABS natural price to Turkey still has significant room to go up. Indeed, Turkey’s import ABS market trades with around $145/ton discount to China, as can be seen from ChemOrbis Price Index Chart above.

A trader was offered $175/ton increases for South Korean natural and $50/ton for white and black grades for December. “We paid $150/ton hikes for natural which forced us to raise our locally-held offers this week,” the seller reported.

Spot styrene costs were up by around $10/ton on FOB Korea basis since December started, while butadiene costs with the same terms soared $120/ton.