by ChemOrbis Editorial Team - content@chemorbis.com
According to ChemOrbis Price Index, import ABS natural prices sank to almost a 3-month low in Turkey as the market was on a downwards trend since late July. Asian producers adjusted their offers down in response to then-lower energy costs and hesitant demand in Turkey after approaching the market with firmer targets earlier in August. 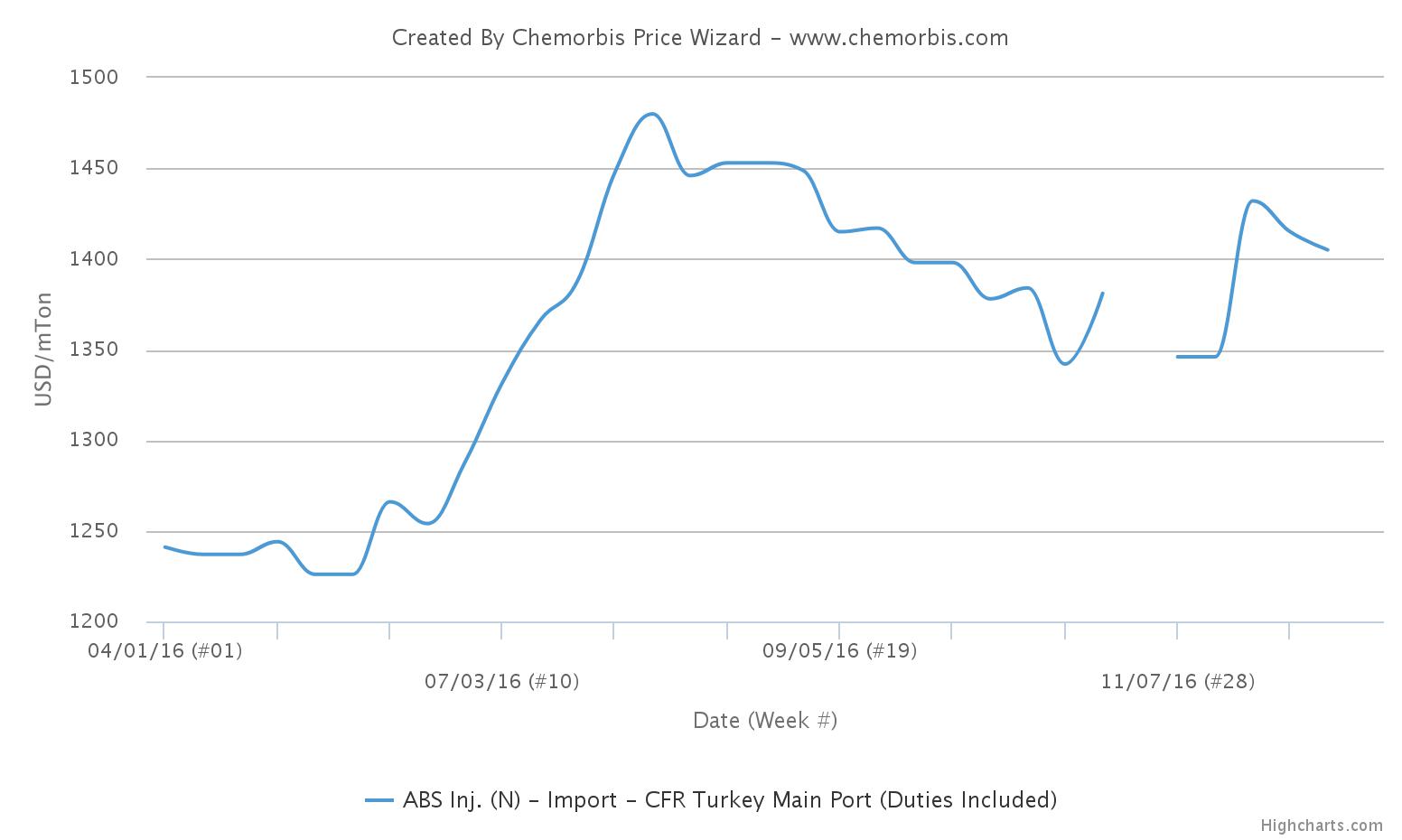 Taiwanese ABS natural and white prices, meanwhile, were reported at $1405/ton and $1555/ton, respectively, CIF Turkey, subject to 6.5% customs duty, cash, unchanged from initial announcements for August shipment. This was in line with comments from Chinese players about tight availability on the part of a Taiwanese major.

“Our August sales were not that bad whereas activity in Turkey has been generally sluggish in the recent couple of months. We may see rollovers for September now that crude oil prices erased their previous losses to some extent,” a trader opined.

Energy costs rebounded and feedstock costs including for styrene and ACN, firmed up in Asia consequently, which may help the market to stabilize in the coming days, according to some players. “The market might be nearing the bottom as prices already lost their premium over China. Plus, there are some styrene shutdowns in Asia approaching,” they note. However, some other participants opine that demand in Turkey would not be supportive for a shift for the time being even if the upstream chain manages to hold strong.