Import GPPS and HIPS prices trading at par in Asia

by ChemOrbis Editorial Team - content@chemorbis.com
Import GPPS and HIPS prices are trading almost at par in Asia this week. Relatively stronger demand for GPPS as well as the competition between HIPS and ABS prices were cited as the main factors narrowing the gap between GPPS and HIPS prices.

The Chinese PS market remained on a firm trend over the past week. According to weekly average prices on ChemOrbis Price Wizard, import GPPS prices are currently standing almost at the same level as HIPS as the upward momentum of GPPS prices is more notable with respect to HIPS due to better demand for the product. 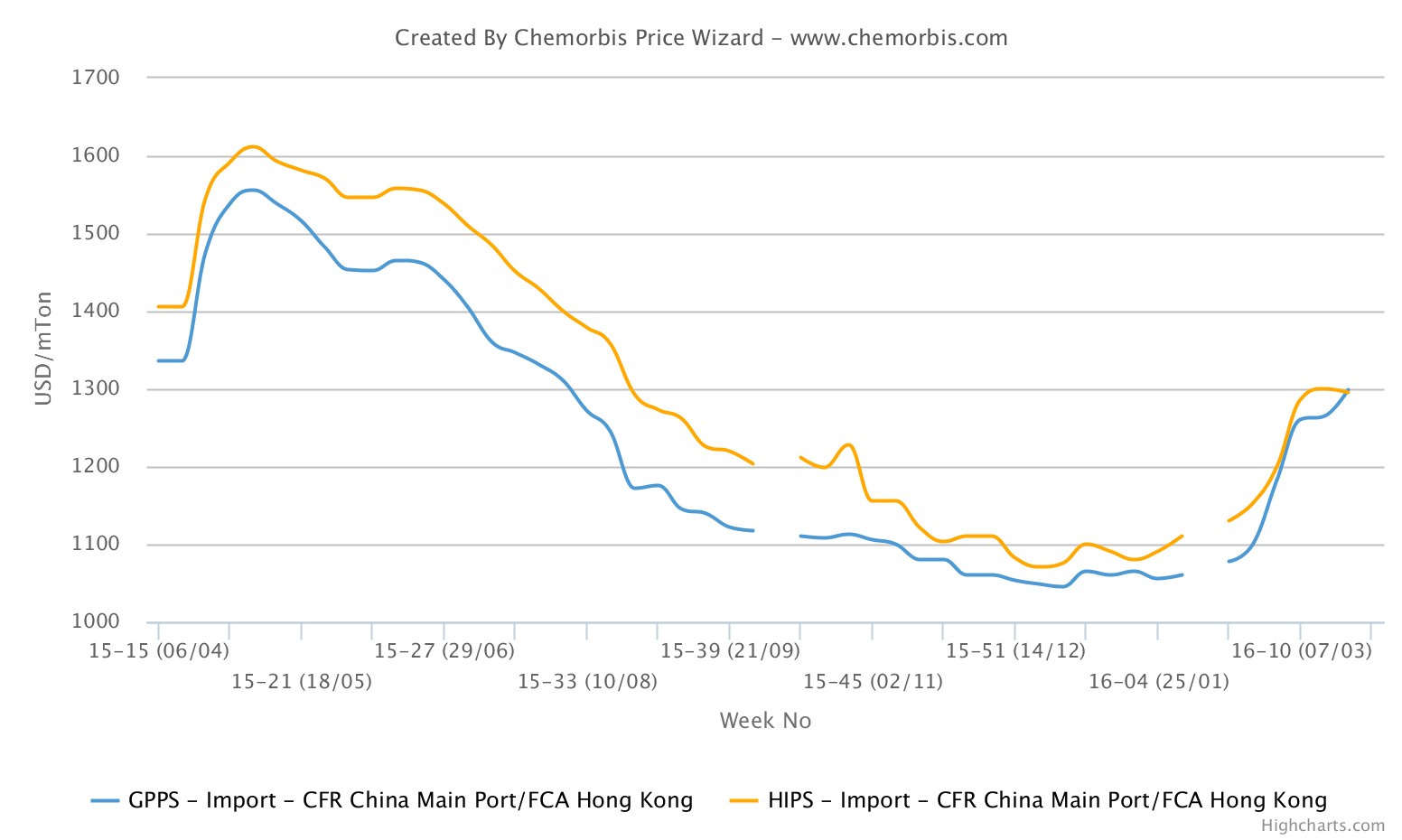 A Taiwanese producer lifted their GPPS prices by $30/ton while issuing slight decreases for HIPS, bringing their offers for both products to a single level on a CIF basis. A producer source commented, “We heard competitive ABS offers in the market so we were reluctant to raise our HIPS prices. For GPPS, however, we elected to issue some increases considering stronger upstream costs and healthy demand.”

In Southeast Asia, the premium of HIPS over GPPS prices shrank to the lowest level since the launch of ChemOrbis Price Index for SEA HIPS in 2013. Currently, HIPS prices on a CFR Southeast Asia basis are trading with a premium of merely $15/ton over GPPS, down from the $40-50/ton premiums registered in the last few weeks prior to the Chinese New Year holidays.