by ChemOrbis Editorial Team - content@chemorbis.com
Data from ChemOrbis Price Index reveal that HDPE film offers on CIF China basis have moved below spot ethylene prices in Asia for the first time since early April. China’s import HDPE film market have been posting decreases for the past two weeks as demand is sluggish amidst a seasonal lull as well as the weaker yuan.

Spot ethylene prices on CFR Far East Asia basis, on the other hand, have been recently hovering around their three-month high on the back of limited availability.

According to data, the weekly average of import HDPE film prices is currently standing $5-10/ton below spot ethylene. HDPE film prices carried a premium of around $140-150/ton over ethylene during the first half of May.

Data also suggest that weekly average spot ethylene prices have registered a cumulative increase of $125/ton since mid-May while HDPE film has lost a total of $40/ton over the same term. 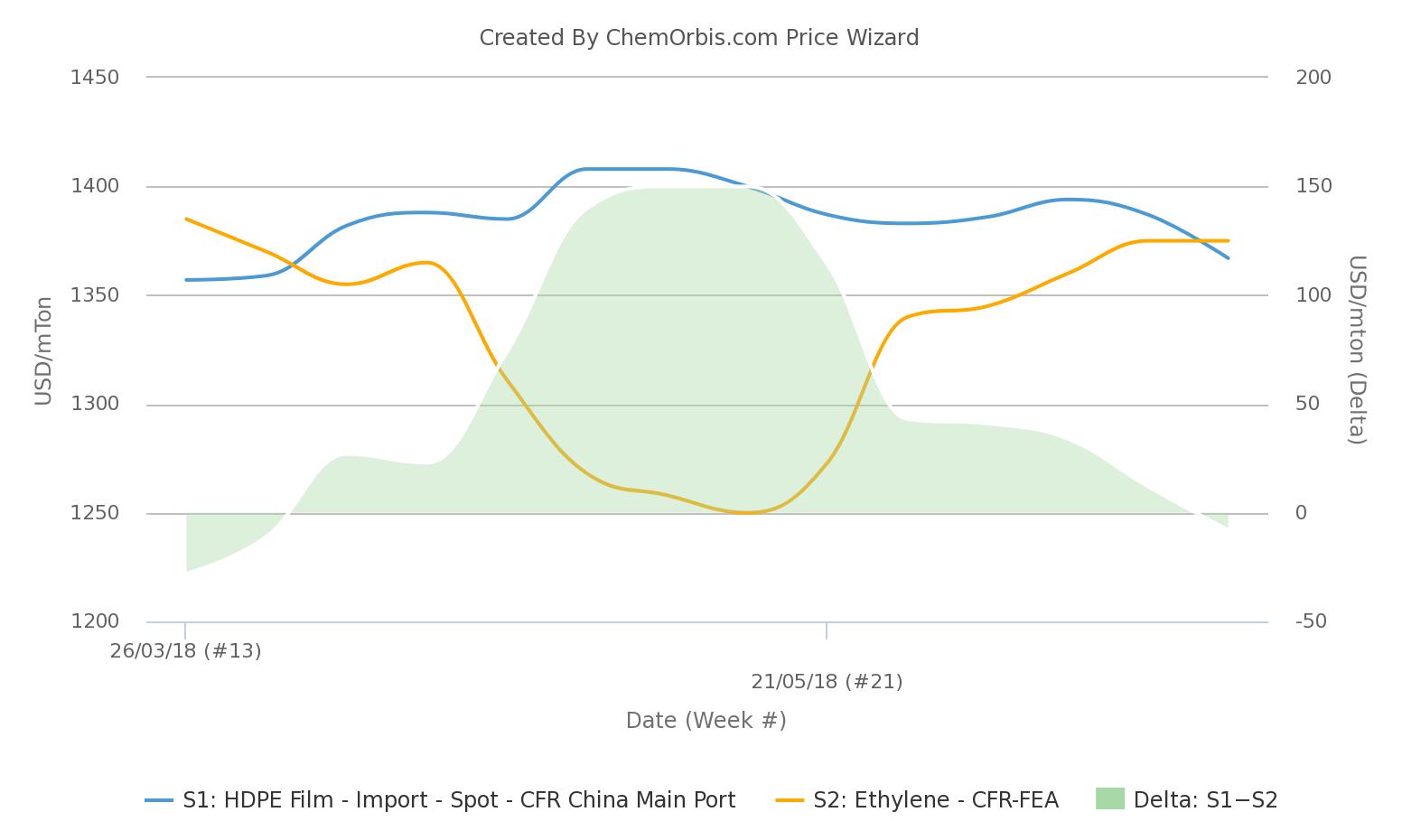 The Chinese yuan has sunk to a more-than-six-month low against the dollar amid the escalating trade war with the US. Traders commented, “We are struggling to attract Chinese buyers’ demand for overseas PE origins. They are either staying on the sidelines or placing quite lower bids for July. They are pointing to the weaker yuan, which has negatively affected their purchasing power.”

Initial July offers for Middle Eastern HDPE film emerged with rollovers or slight decreases in China last week. A trader noted, “We try to prevent HDPE prices from seeing any major losses given relatively limited supplies for this product. However, buyers are asking for additional discounts given the recent depreciation of the yuan.”

Besides the currency impact, improving supply levels inside China are also weighing on the PE market. In line with the end of the maintenance season, several HDPE plants are slated to resume their operations by the end of June.