Import LDPE and HDPE trade almost at par in Turkey

by ChemOrbis Editorial Team - content@chemorbis.com
In Turkey, the gap between import LDPE and HDPE markets was almost closed in early January while the premium of LDPE over HDPE has shrunk to as low as $5/ton recently, the weekly average data from ChemOrbis Price Index reveal. It also points to the smallest gap between the two products since March 2016. 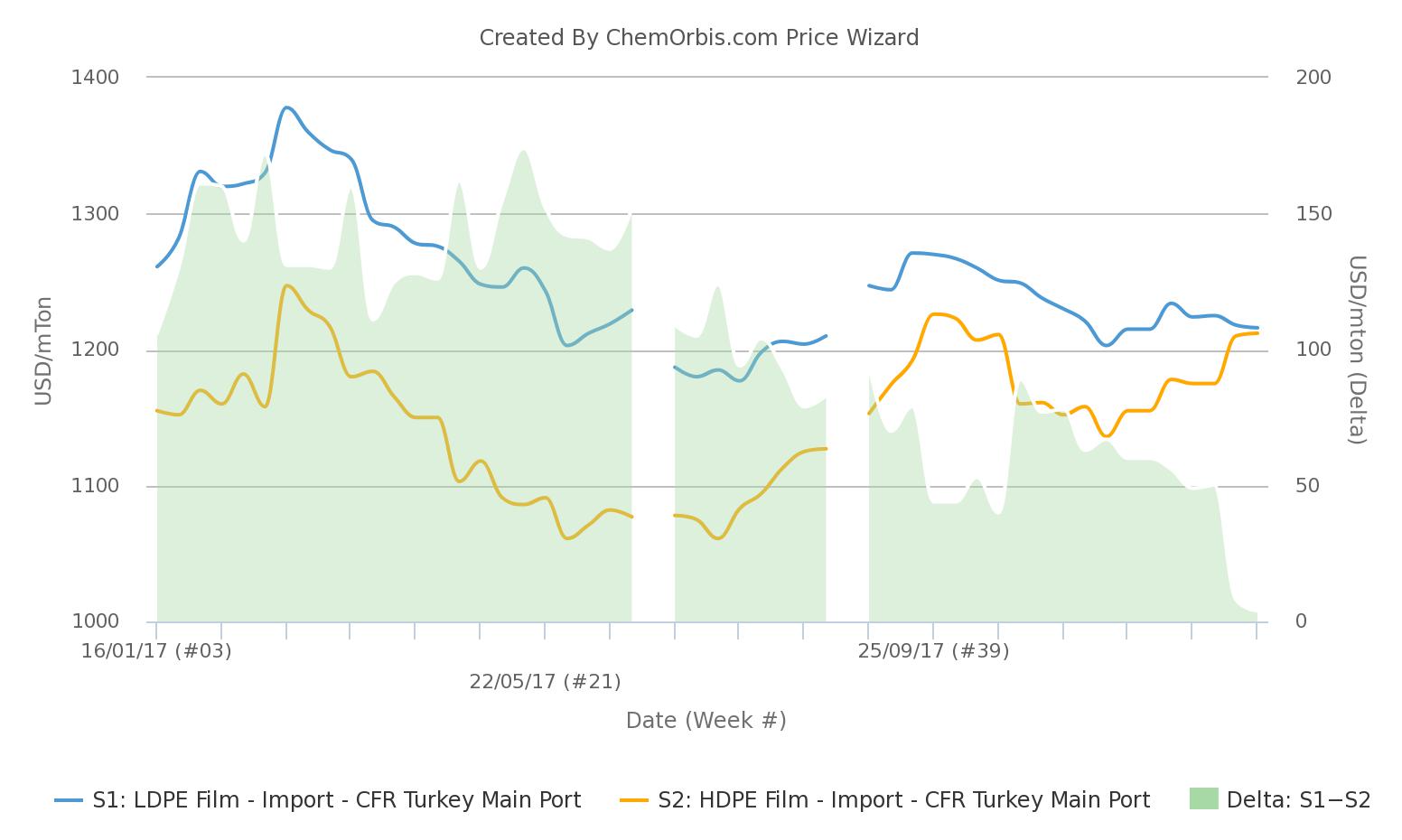 The main reason behind the narrowing gap has been tight prompt supplies for HDPE grades, which pushed import HDPE film prices to the highest levels in three months, according to the weekly average data from ChemOrbis Price Index. Nonetheless, the lack of supply concerns and muted buying interest kept increases in check for LDPE.

A buyer highlighted, “LDPE supply is comfortable both in the import and domestic markets amidst moderate demand. We received rollovers from our Mid-Eastern suppliers for January while they were open to give small discounts in case we were to place firm bids. However, HDPE film and b/m have been on a bullish trend as Uzbek, Iranian and Korean sources kept their allocations to Turkey limited during the last months. Therefore, LDPE lost premium over HDPE gradually over the weeks.”