by ChemOrbis Editorial Team - content@chemorbis.com
According to data from ChemOrbis Price Index, import LDPE film prices on CIF China basis have fallen to their lowest levels of the past seven months recently.

The overall range for import LDPE film prices in China recorded decreases reaching up to $60/ton when compared to the previous week. Players blamed persistently sluggish demand for softening prices.

As can be seen in the below graph, China’s LDPE film market have been tracking a stable to soft trend since the end of the Chinese New Year holiday. Prices on a weekly average basis have posted a cumulative decrease of around $130-135/ton over this period. 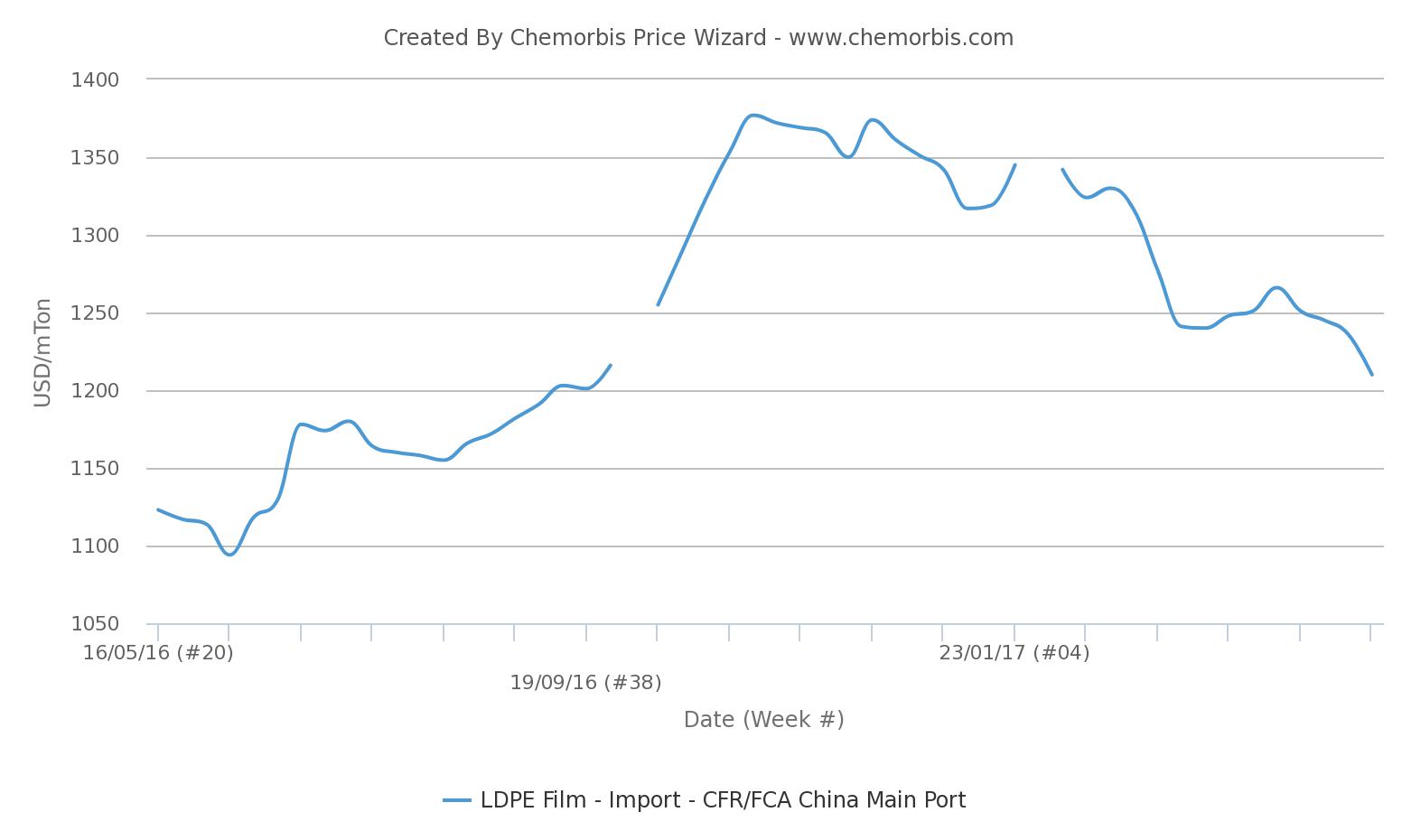