Import LLDPE and HDPE film break below a threshold in China

by ChemOrbis Editorial Team - content@chemorbis.com
In China, import LLDPE and HDPE film prices witnessed additional decreases during this past week in the midst of sluggish demand while both markets broke below the $1100/ton threshold for the first time since early December.

A trader concluded LLDPE film deals for an Iranian origin at $1080-1090/ton on CIF, cash basis while a bag manufacturer was offered Middle Eastern HDPE film at $1100/ton on CIF, 90 days deferred payment basis (around $1086/ton on cash terms).

The converter commented, “We feel that import PE prices are still not competitive at all as lower levels can be obtained in the local market. Demand remains quite weak in China.”

A few traders opined, “High stocks inside the country standing at around 900,000 tons and volatile futures are dampening the sentiment. Plus, the ongoing environmental inspections are limiting converters’ production volumes. The high season for manufacturing is about to come to an end.”

On a separate note, data from ChemOrbis Price Index suggests that import LLDPE film prices on weekly average basis have moved below HDPE film prices this week after being traded with a premium over HDPE film for more than ten months. 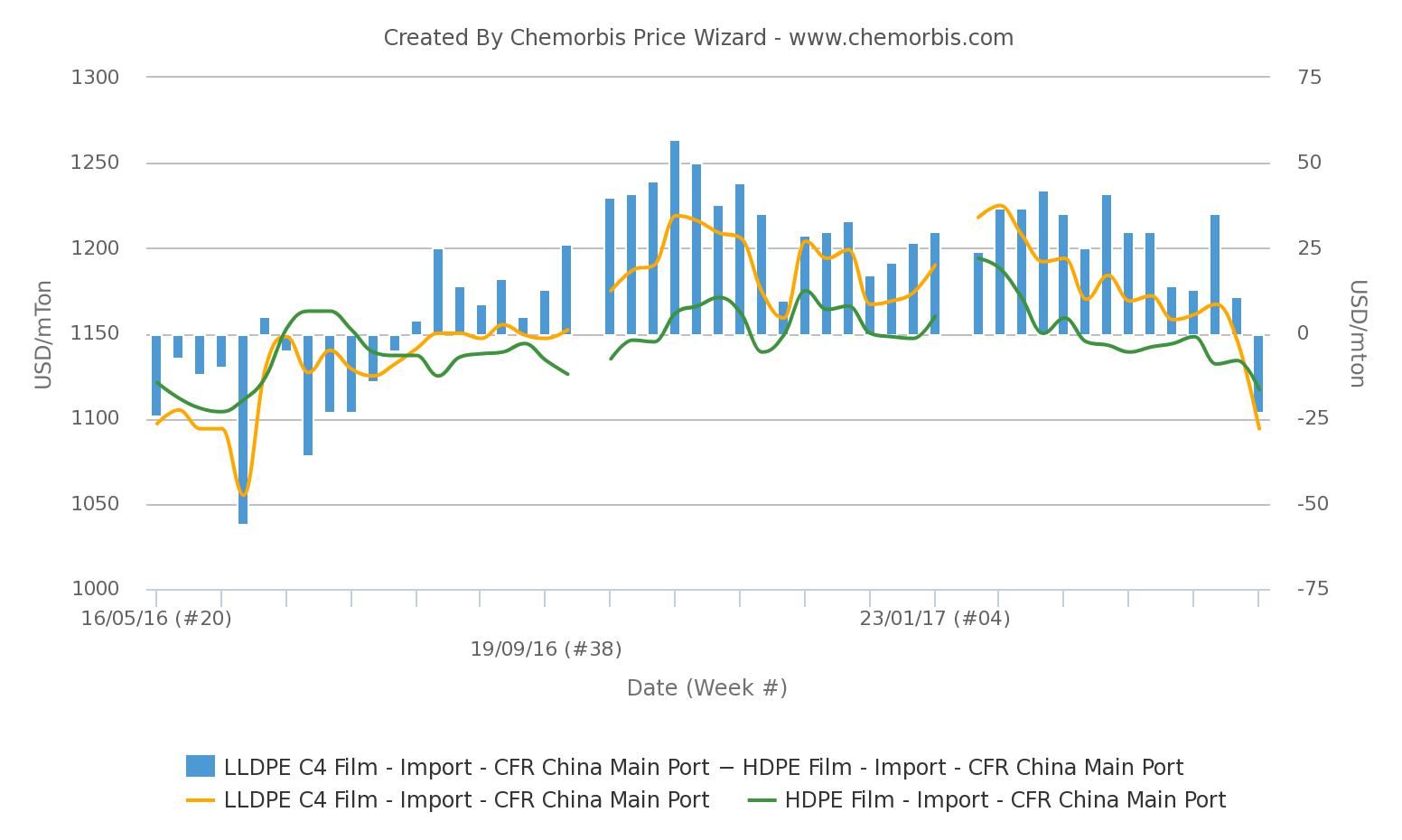