by ChemOrbis Editorial Team - content@chemorbis.com
Re-export PE offers from China have recently been emerging in Southeast Asia, which is attributed to the slowing demand in China. Accordingly, many players assumed that the upturn has lost momentum and further increases are not likely, although spot ethylene prices continue to trade above PE in China.

A converter in Vietnam said he received an import Brazilian HDPE film offer, shifted from China, at a level close to the low end of the overall import range in Southeast Asia. “We are sidelined from the market until the end of May and our end product demand is regular. Now that Chinese sellers are trying to shift their cargoes to Vietnam, this is a strong indication of how their own market is performing,” commented the converter.

A regional trader also affirmed that there are lots of HDPE film offers for re-exported cargoes in Vietnam from China. “This may be interpreted to mean that the upturn has come to a halt,” he opined.

On the other hand, spot ethylene prices continue to trade at almost the same levels with PE in the region, as can be seen from the graph below. “This is a rather unbalanced situation. Considering the return of crackers, the May outlook is not strong for ethylene. Ethylene and PE markets will need to correct themselves,” said a market player. 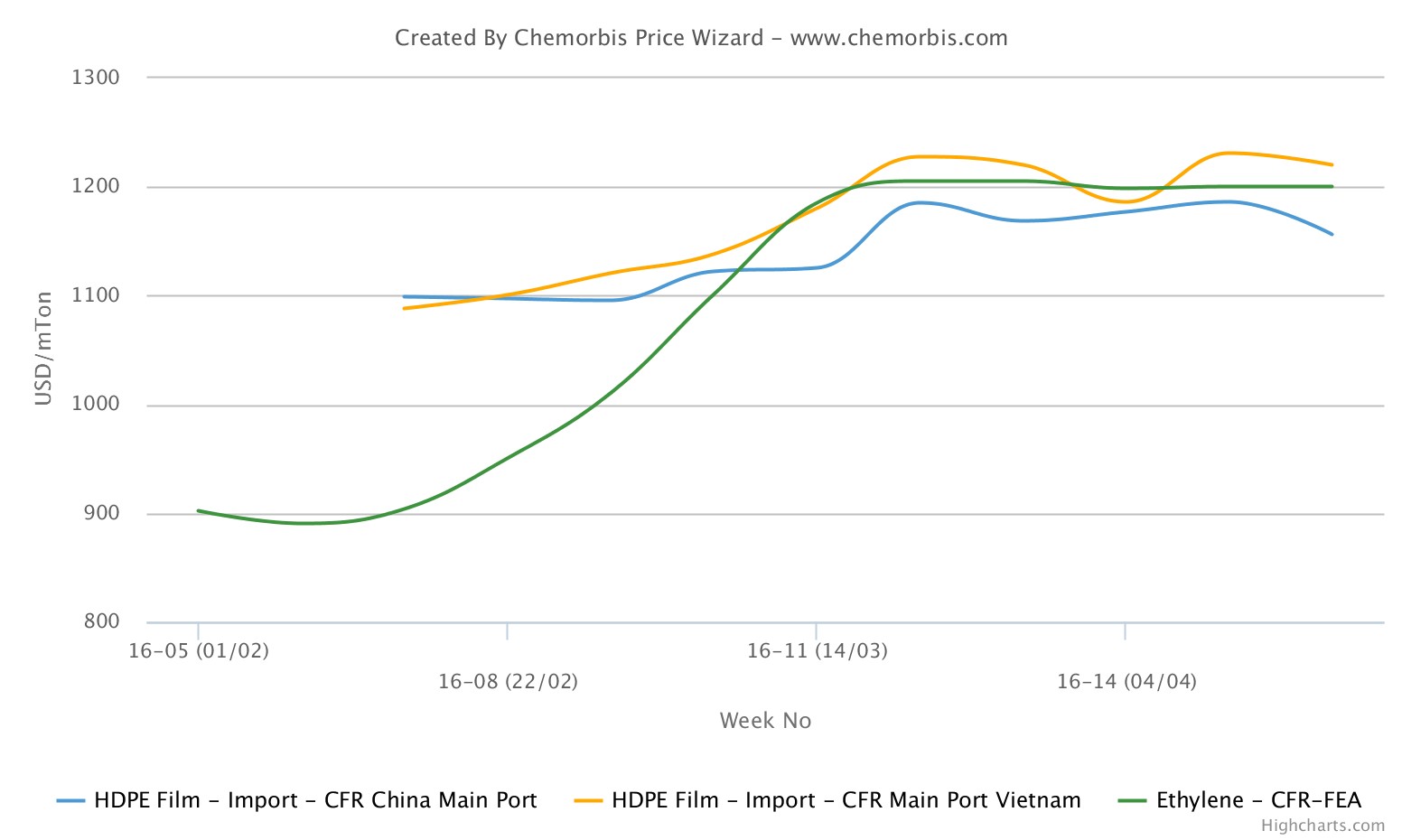