Import PE continues to trade below ethylene prices in China

by ChemOrbis Editorial Team - content@chemorbis.com
In the Chinese market, a seasonal lull for PE demand plus lower than expected economic developments in the country combined with the continuation of new capacities coming onstream has led to lower import PE offers. Due to imports from lower cost producing regions, import PE continues to trade below Asian spot ethylene costs.

The trend began in mid-March when Asian spot ethylene prices surpassed the import market level of PE in China and has run unabated since then. In the month of March, China saw a large jump in PE imports from 657,346 tons in February to 1.02 million tons in March. Imports from countries such as Iran, Saudi Arabia and the US surged in March compared to February. Iranian HDPE increased from 90,909 tons in February to 156,787 tons in March while Saudi HDPE rose from 62,501 tons to 91,465 tons and US origin from 8,981 to 17,667. Similar large month on month increases were seen in LLDPE imports while Qatar contributed 29,398 tons of LDPE in March compared to 11,887 tons in February. 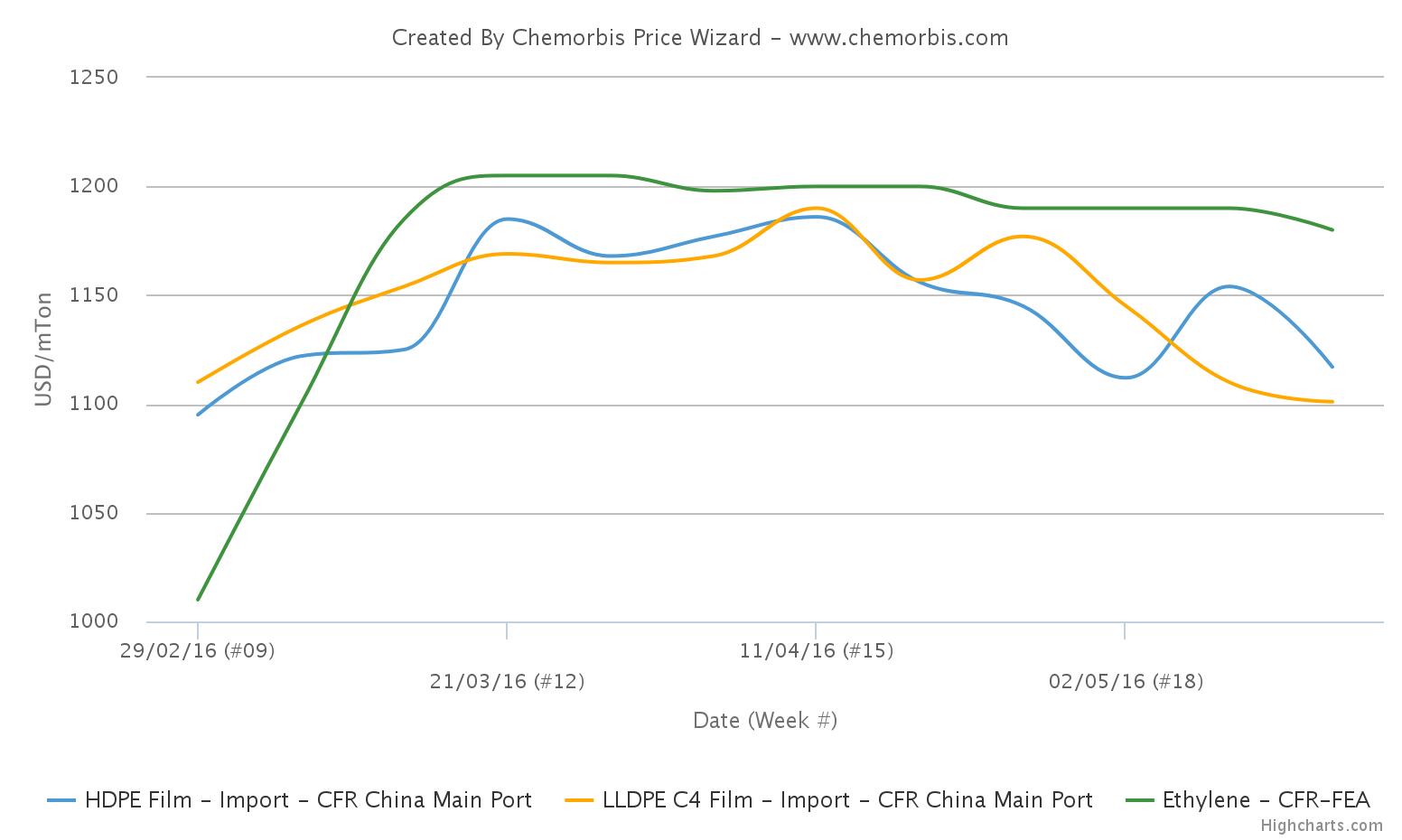 Meanwhile, China’s April economic indicators showed slower than expected growth. According to China’s National Bureau of Statistics (NBS), the country’s industrial production and retail sales grew at a slower pace than expected in April, blunting hopes of economic stabilization. Industrial production rose 6% on the year, missing economists’ growth forecasts of 6.5%. Fixed asset investment growth softened to 10.5% on the year from January to April compared with a 10.7% gain in the January-March period. This was attributed to slowing investments in the manufacturing and infrastructure sectors. The Bureau also reported that the country’s purchasing managers index (PMI) declined to a reading of 50.1 in April from a reading of 50.2 in March. The April PMI also fell below market expectations, which called for an increase to a reading of 50.3.