by ChemOrbis Editorial Team - content@chemorbis.com
Data from ChemOrbis Price Index suggests that import PE prices in China have recently hit their highest levels since the first half of May given a new round of increases posted this week.

The ongoing rising trend is attributed to several bullish factors including firmer futures on Dalian, reduced local supplies amidst a series of environmental inspections and limited allocations from some overseas suppliers who recently turned to other outlets in search of better netbacks. On top of these, demand has started to improve in line with reducing supplies ahead of the approaching high season. 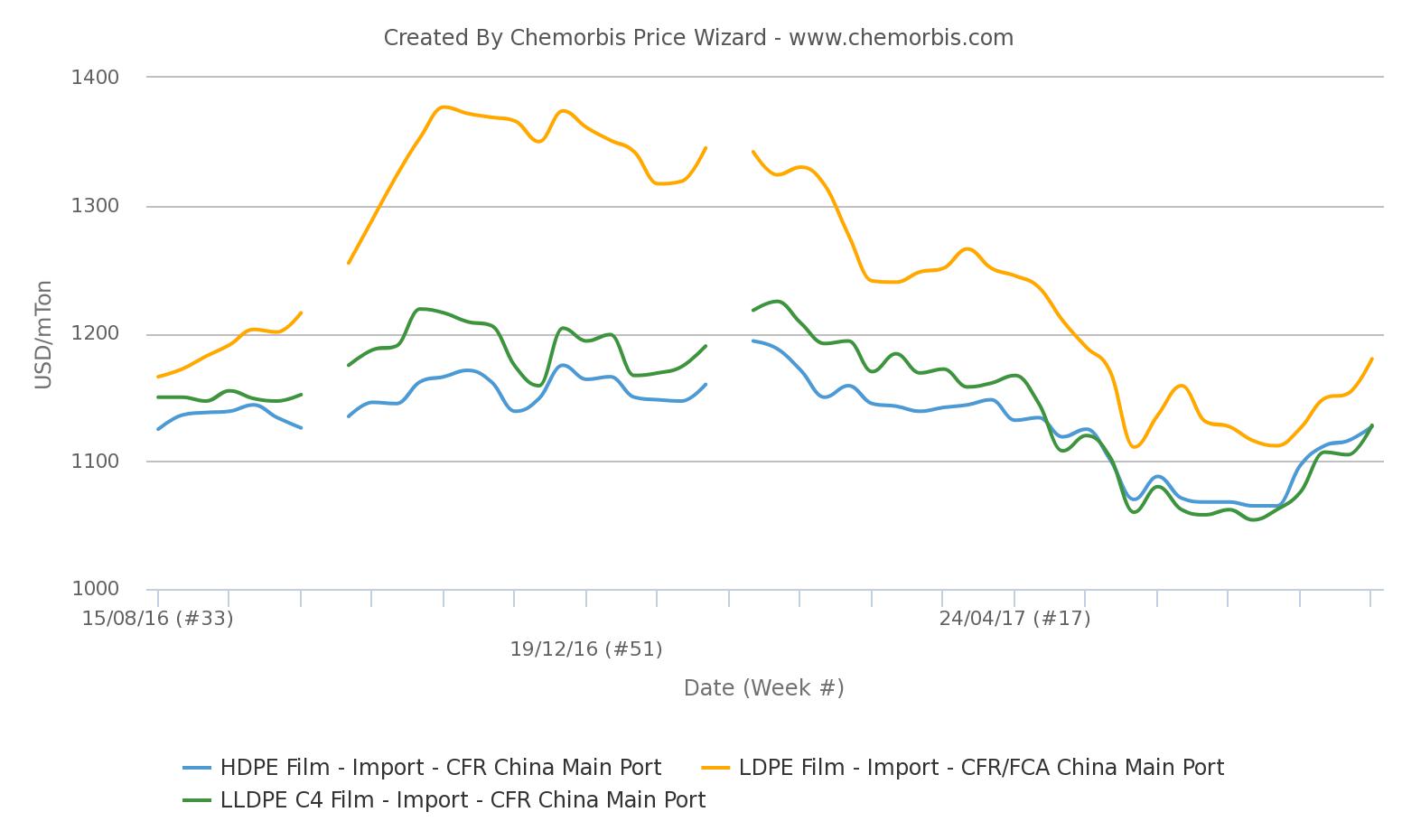 A trader commented, “We are still not excluding the possibility of a downturn given the pressure from the upcoming start-up of new capacities across the globe. However, looking at the current picture, we might say that prices are not likely to change direction, at least for the near term.”

LLDPE futures on the Dalian Commodity Exchange recorded a weekly increase of CNY355/ton ($53/ton) on August 9, encouraging sellers to ask for additional hikes. Meanwhile, spot ethylene prices in Asia currently hover around their highest levels since the middle of May.

“Traders are feeling free from sales pressure given their reduced supply levels. However, demand has slightly faltered in the recent days as buyers are complaining about rapidly increasing offer levels. Still, the high season is to start in September and the PE market is likely to retain its current trend,” a few traders noted.