by ChemOrbis Editorial Team - content@chemorbis.com
According to players in China, import PP prices above the $1000/ton threshold have largely vanished from the market, as was predicted in last week’s ChemOrbis Polymer Analysis. Sufficient supply driven by new coal based capacities along with slower than expected demand were cited among the main factors weighing down on prices.

A woven sack manufacturer reported purchasing some Indian raffia at $980/ton CIF, cash. “Sales for our end products are brisk due to the high season, although our business has not been as good this year as it was last year. We are sourcing only according to our needs for now as we believe that prices still have some room to fall,” the converter commented.

The buyer added that they also purchased some domestic raffia at CNY6850/ton ex-warehouse, cash inc VAT ($919/ton without VAT). “Attractively-priced domestic cargoes will maintain downward pressure on import prices in the days ahead,” a player stated. According to data from ChemOrbis Price Index, domestic homo-PP prices on an ex-warehouse China basis are currently trading at a discount of around $25-30/ton compared with import prices on a CFR China basis. 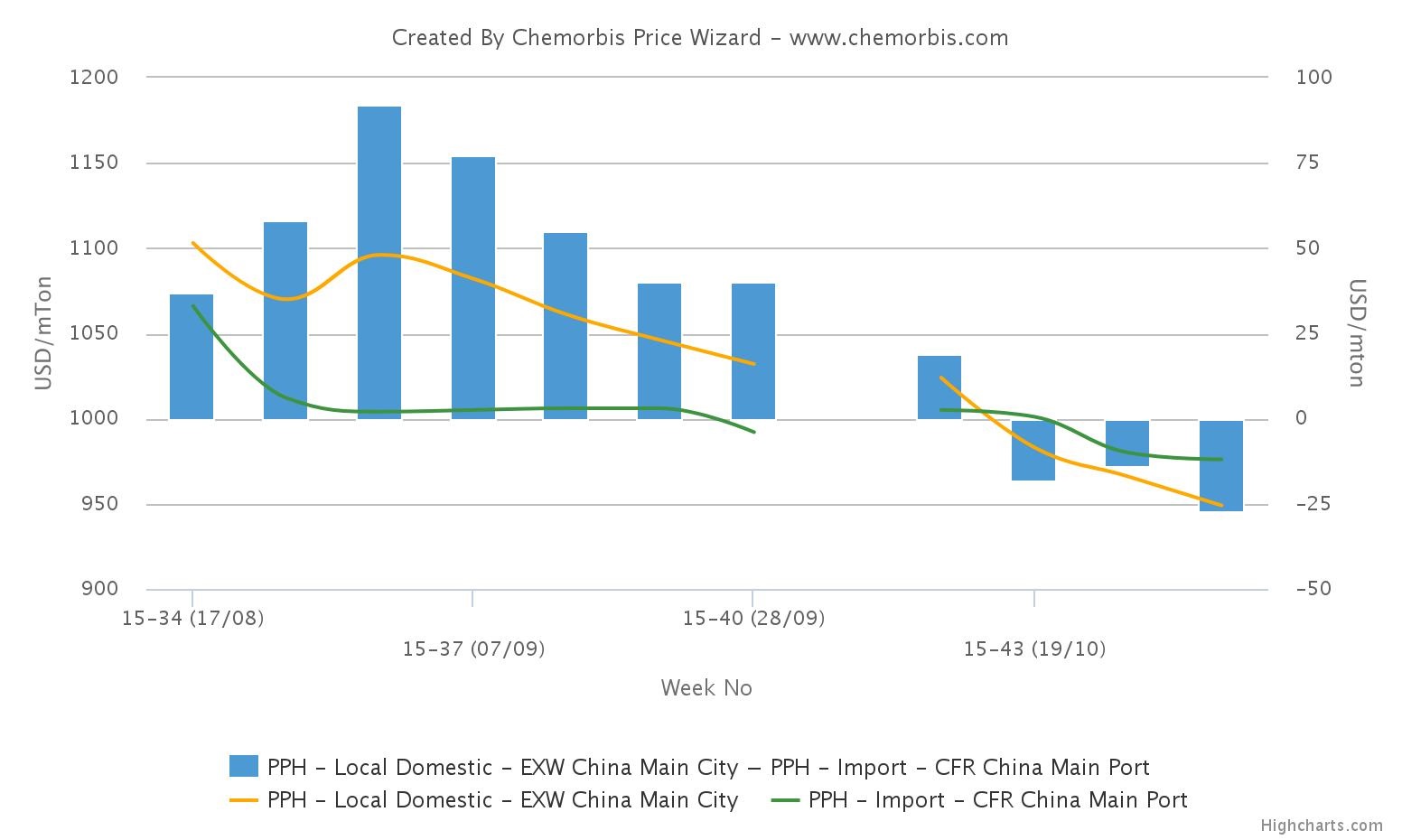 A trader who reported receiving an offer for Saudi Arabian raffia at $980-990/ton CFR stated, “Prices are down around $20-30/ton compared with last month. Supply is ample and we hear that some coal based PP suppliers are starting to make export offers to Southeast Asia countries.”