by ChemOrbis Editorial Team - content@chemorbis.com
Players in China report that import prices for PPBC have moved lower over the past week even as import prices for homo-PP have shown some signs of stabilizing. Limited trading activity ahead of the approaching Chinese New Year holidays and lower offers from South Korean suppliers were cited among the main reasons for the reduction in prices.

A trader reported receiving an offer for South Korean PPBC injection at $1080-1090/ton CFR, cash, $90-100/ton below the offers they most recently received for the same origin. “Buyers had mostly met their needs over the past week or so and we do not expect to see much trading activity until after the Chinese New Year holidays in the second half of February,” the trader stated. Another trader said that they received offers for PPBC injection at $1080/ton CFR, cash for South Korean origins and at $1060/ton for Saudi Arabian materials. “The Chinese New Year holidays are drawing closer and we believe that most buyers will begin wrapping up their pre-holiday business by the end of this week,” the trader reported.

Import PPBC prices currently stand at $1060-1100/ton CFR China, cash equivalent basis, $40-80/ton below the prices reported in the previous week. According to data from ChemOrbis Price Index, weaker PPBC prices along with relatively stable prices for homo-PP have pulled the premium carried by PPBC prices on a CFR China basis beneath the $100/ton threshold, the weakest premium seen for PPBC since April 2014 excepting a single week in early November. 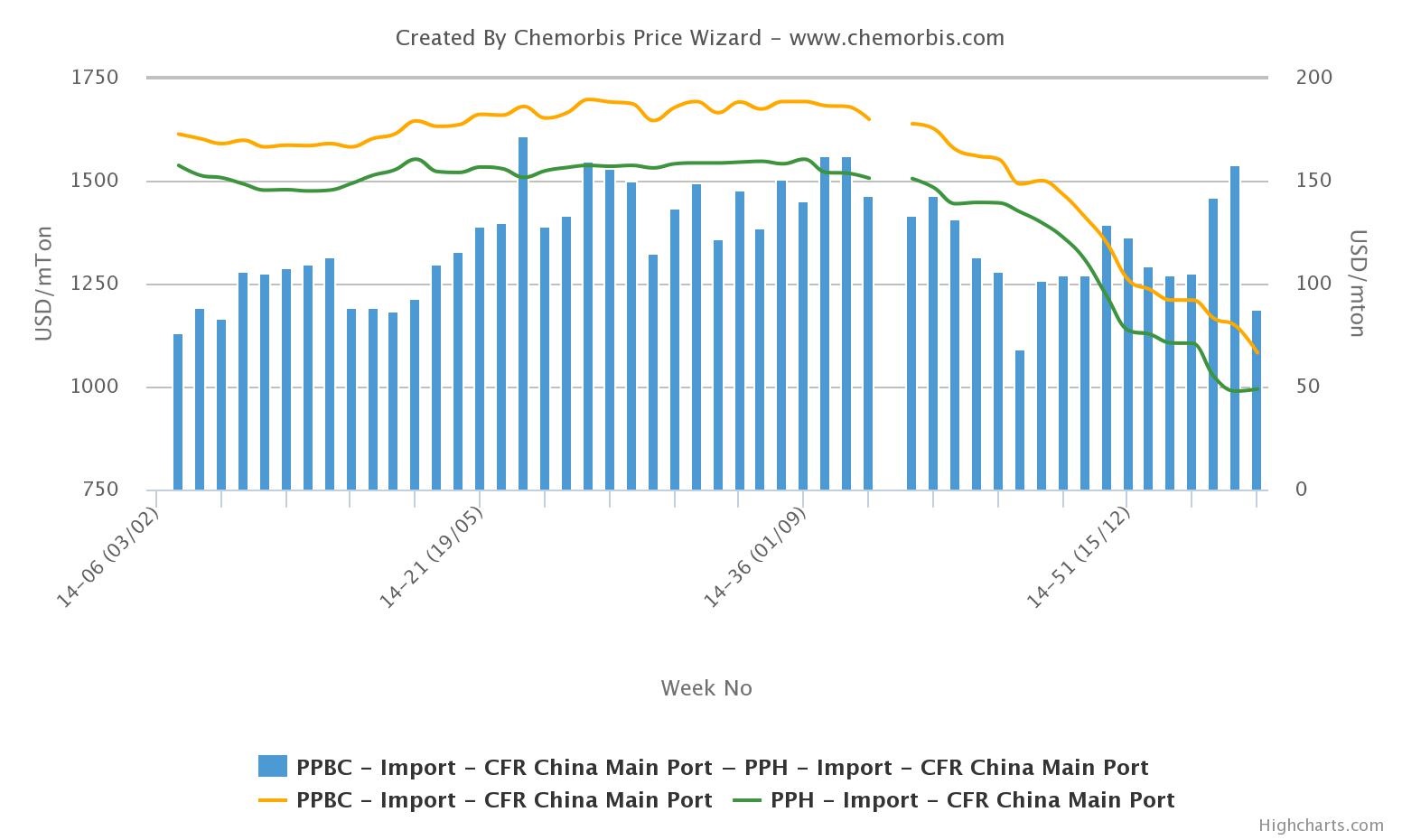