by ChemOrbis Editorial Team - content@chemorbis.com
In Turkey, import PS and ABS prices from Asia have been on a firming trend as regional sellers tempted to lift their prices up blaming higher styrene costs. Nonetheless, the local markets have been indifferent to the rising import offers with distributors being open to give discounts in case of firm bids in order to boost their sales.

In the PS market, import prices from India, Vietnam and Korea emerged with prices hikes for July shipment cargos starting from late June. Increases materialized on done deals to some extent, although buyers tried to push for rollovers to smaller increases on the month. 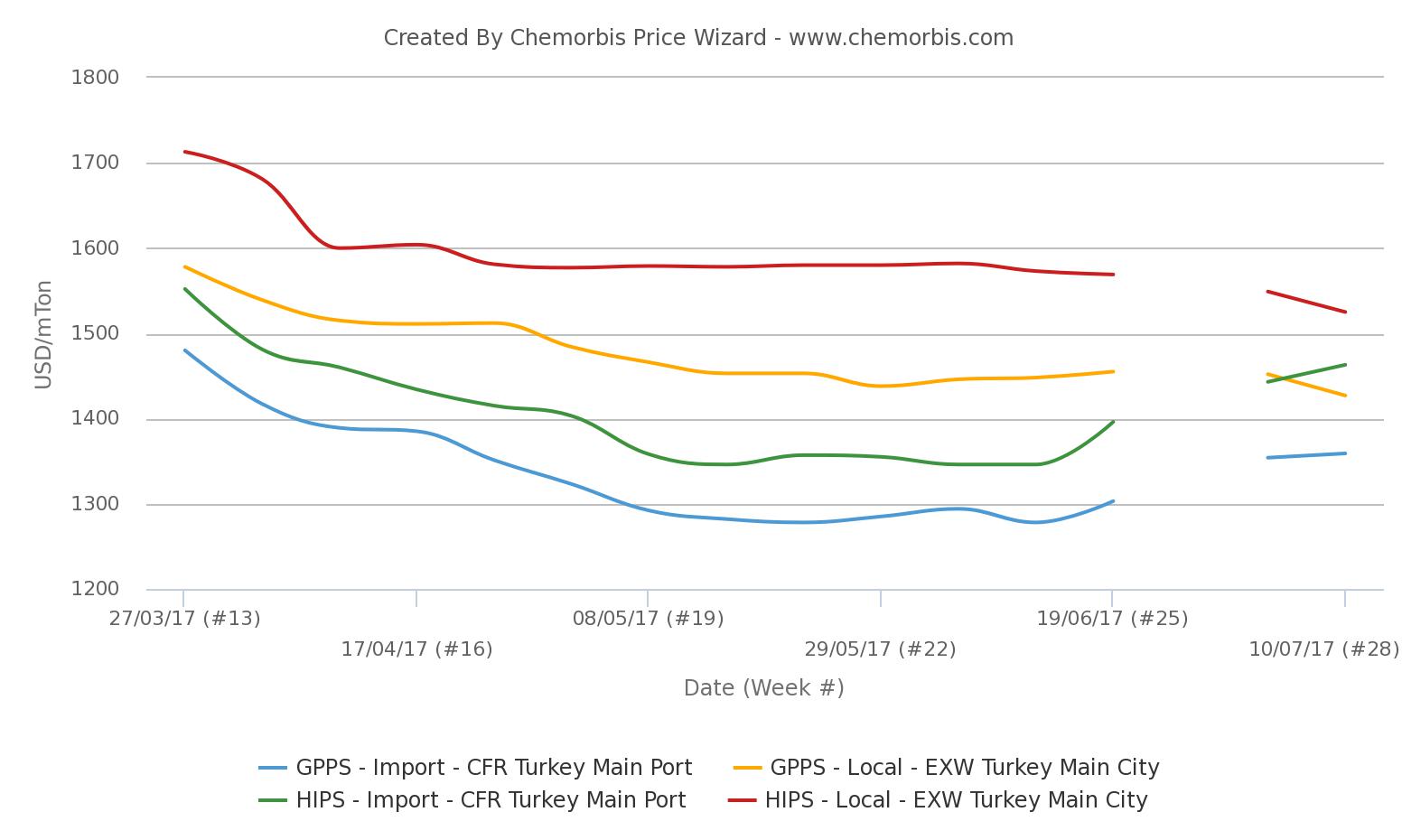 South Korean GPPS and HIPS prices were up to $1440/ton and $1460/ton, respectively, on CIF Turkey, cash basis this week as a producer applied additional hikes of $30-40/ton on their prices. The cumulative hikes from the source reached $100-110/ton for the month. Vietnamese GPPS was sold with a $20/ton increase from last month at $1320/ton subject to 3% duty while Indian GPPS offers at $1400/ton and HIPS at $1490/ton indicated $50/ton hikes and saw resistance.

The distribution market, however, displayed a weak trend with the overall ranges moving down by $20-40/ton to $1640-1720/ton for GPPS and $50/ton to $1750-1840/ton for HIPS, both ex-warehouse Turkey, cash inc VAT. “The lower ends of the ranges are formed by competitive prices for materials on the way. These offers create a pressure on the local market,” commented players.

A similar picture is valid for ABS as well, since Korean and Taiwanese suppliers approached the market with increases between $50-80/ton month over month. Apart from Korean ABS natural prices at $1750-1780/ton CIF, cash, Malaysian offers showed up as high as $1820/ton this week. 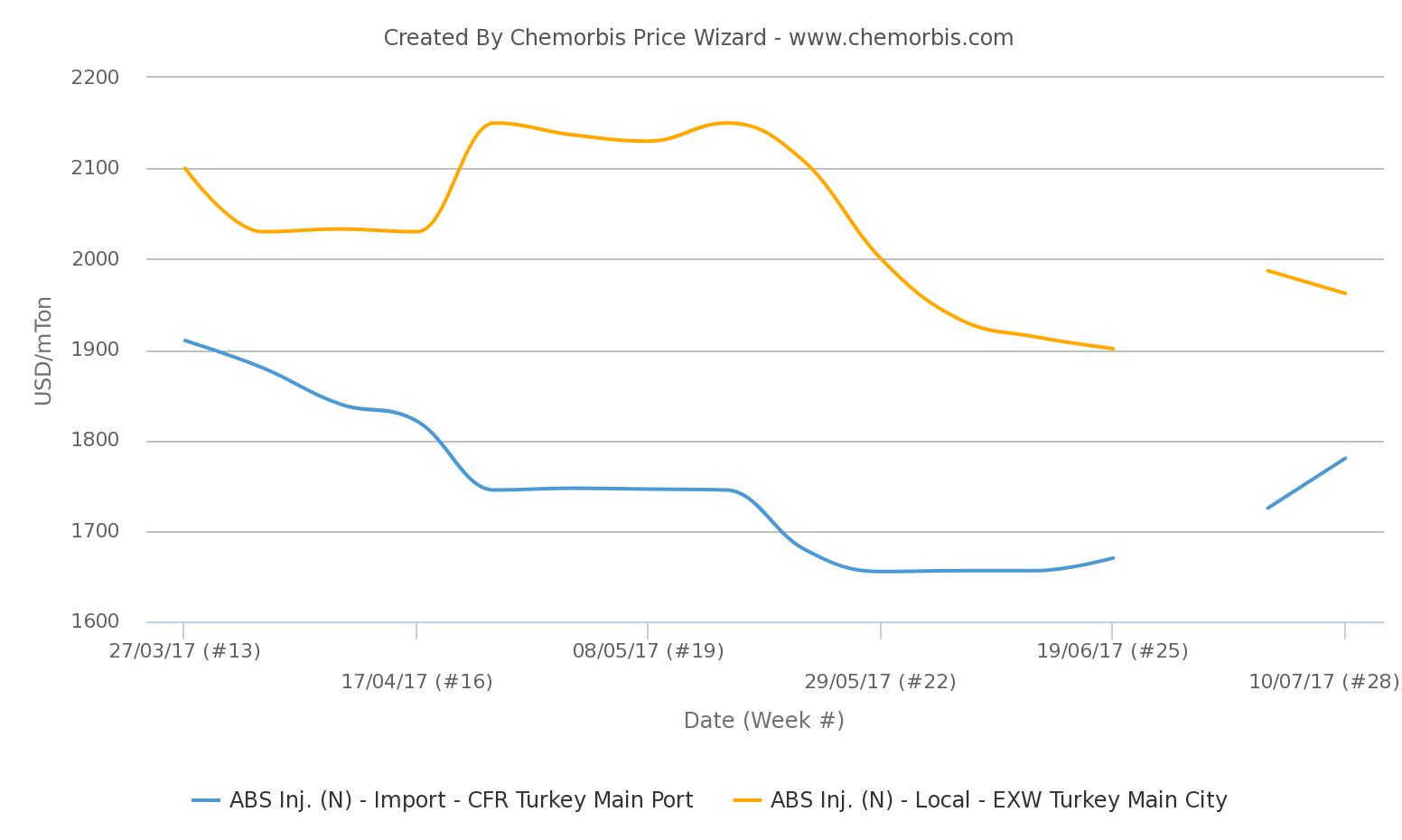 Yet, the local ABS market seems to have turned softer again recently as the lack of healthy demand in the post holiday period combined with locally-held Iranian offers at competitive prices weighed down on distributors. After moving up to $1950-2050/ton ex-warehouse Turkey, cash not inc VAT at the start of July, ABS natural prices were reported to be back to $1900-2000/ton so far this week with Iranian materials on the low ends.