by ChemOrbis Editorial Team - content@chemorbis.com
According to data from ChemOrbis Price Index, import PS prices declined to a three month low in China in the face of lower energy costs and persistently disappointing demand. Import offers for GPPS have decreased around $225/ton since the start of May while import HIPS prices have dipped by around $180/ton during the same period, the data showed. 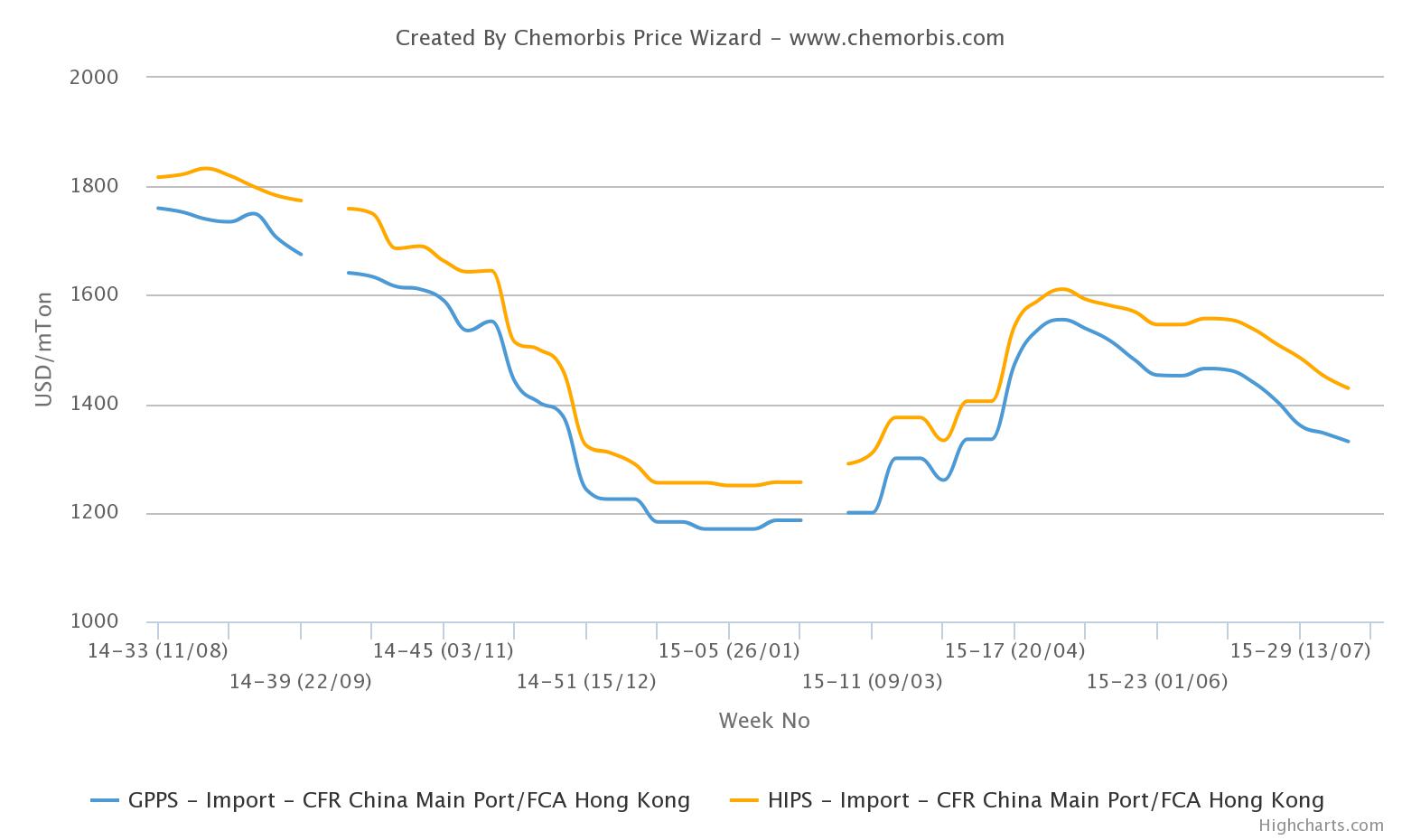 A trader operating in China reported that import PS prices opened the week with further reductions of around $15-35/ton compared to last week. According to him, import PS prices in China currently stand at $1325-1330/ton for GPPS injection and at $1400-1435/ton for HIPS injection, all on a CIF China, cash equivalent basis.