by ChemOrbis Editorial Team - content@chemorbis.com
Turkey’s import PS market shifted direction by mid-September following a bullish trend that took place between mid-June and early September. Prices turned down as feedstock costs and demand took their support away from sellers while steady drops gained momentum in October in line with falling PS prices in China.

According to the weekly average data from ChemOrbis Price Index, both GPPS and HIPS markets have sunk to the lowest levels since mid-July recently. Both Asian and European PS prices were revealed with significant drops this month due to lower styrene costs while competitive Iranian PS offers have re-emerged recently and weighed further down on sellers, particularly for GPPS. 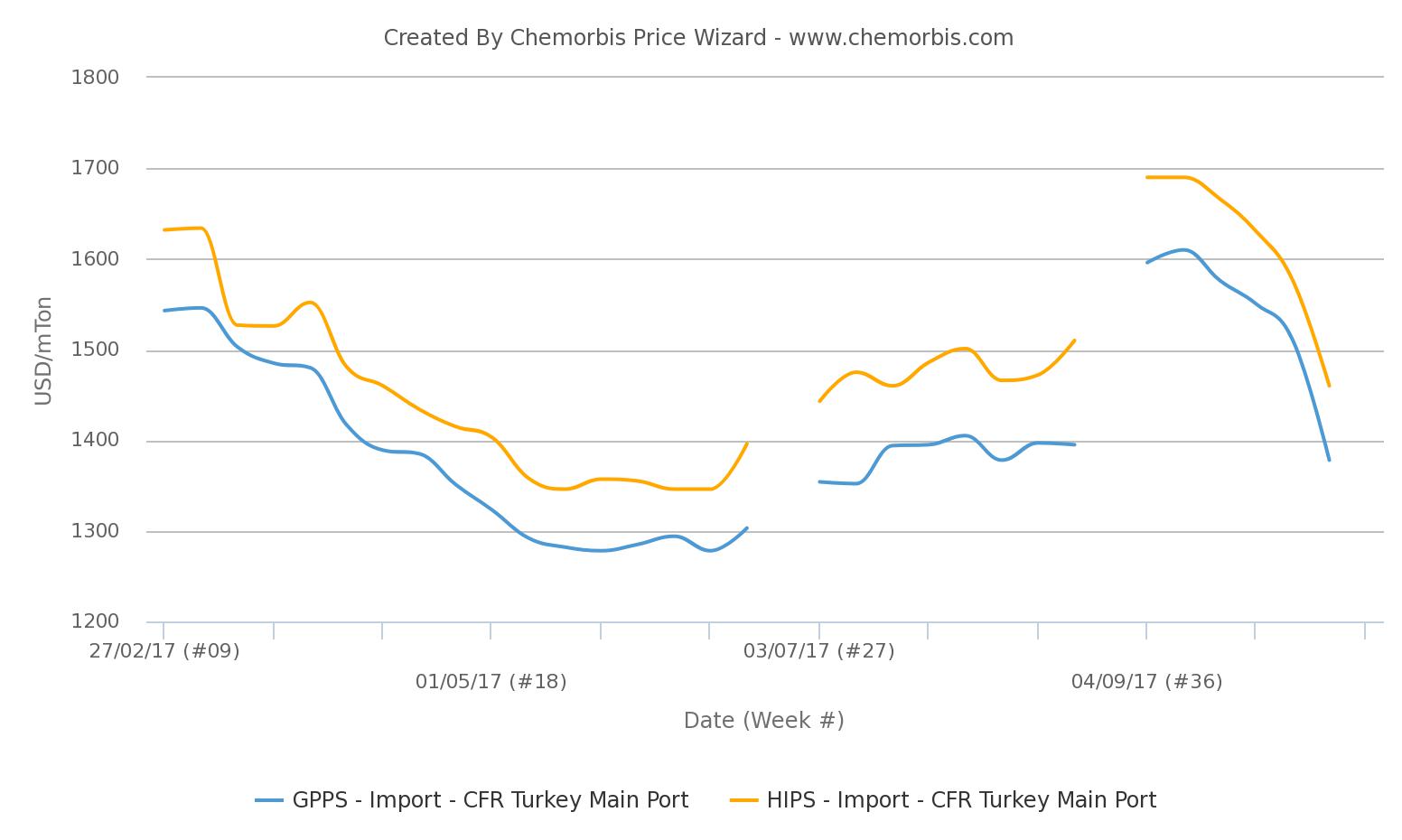 Indian GPPS and HIPS offers recorded weekly reductions of $60-70/ton and $80-90/ton to be reported at $1400-1420/ton and $1450-1470/ton, respectively, CIF Turkey, subject to 3% customs duty, cash. Offers for this origin had hit as high as $1600/ton for GPPS and $1690/ton for HIPS at the start of September, meanwhile. “South Korean PS producers delayed their October offers and they are widely expected to come with monthly decreases this week,” traders reported.

Competitive Iranian offers re-emerged after a long time with GPPS being traded at $1360-1410/ton CPT/FCA Turkey, subject to 6.5% customs duty, cash, depending on quantity. Iranian HIPS was at $1500/ton with the same terms.

As for duty-free cargos, European GPPS and HIPS offers came down to as low as €1300/ton ($1533/ton) and €1400/ton ($1651/ton), respectively, CIF Turkey, cash following three-digit declines of €170-180/ton month over month. A packager who was offered these cargos said, “We did not evaluate these offers as we expect additional drops soon.”