by ChemOrbis Editorial Team - content@chemorbis.com
Data from ChemOrbis Price Index reveals that the spread between VCM and PVC prices has been shrinking in China’s import market since mid-October due to the fact that VCM prices registered larger increases during the upward trend which has faded in the PVC market recently.

China’s import PVC market witnessed decreases over the past week in line with softening local offers while spot VCM prices in Asia maintained their high levels on the back of tight supplies. As a result, the gap between PVC and VCM prices narrowed further last week to reach $93/ton, the smallest since December 2014. 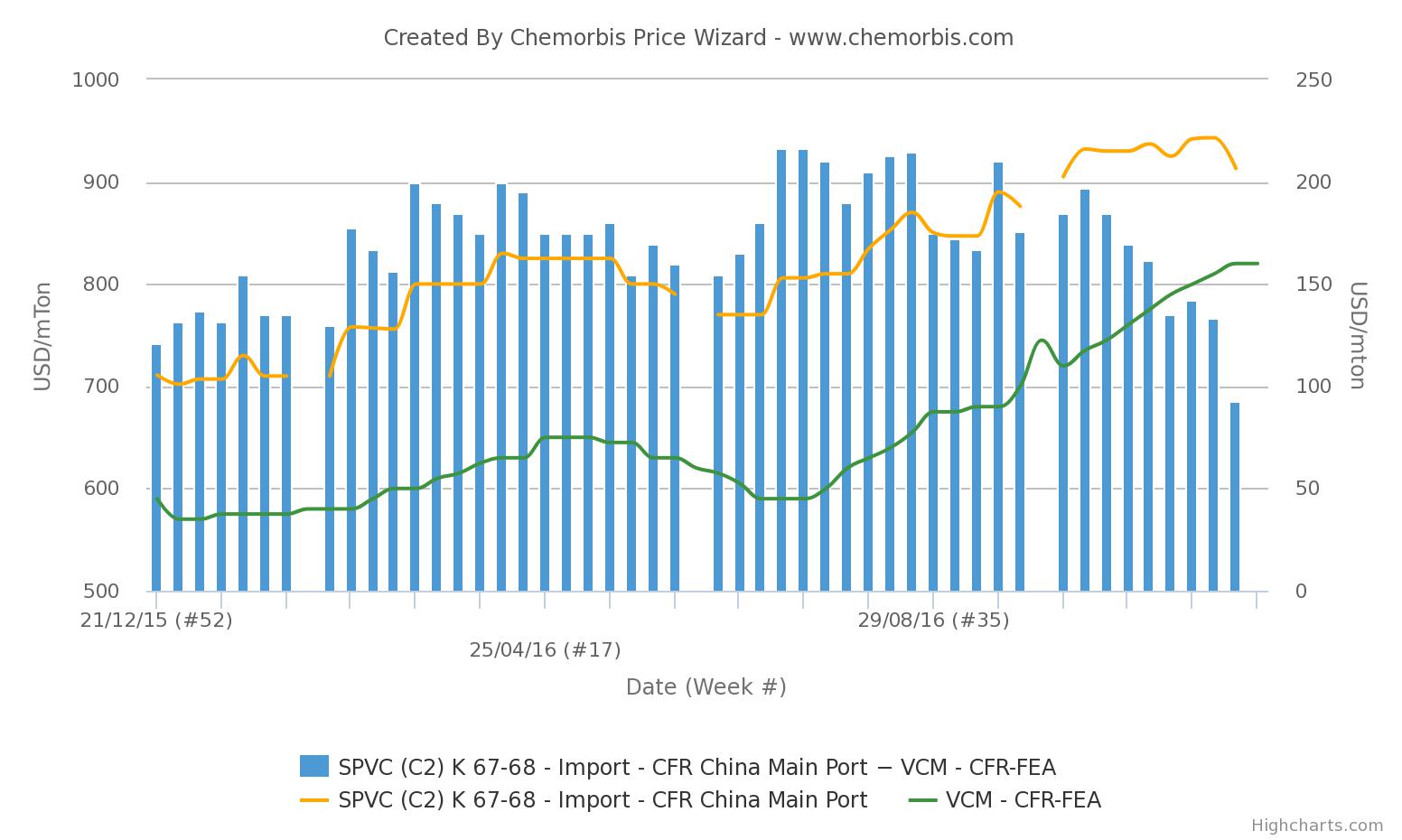 A trader based in China commented, “PVC prices are globally tracking a softening trend. Players in China have retreated to the sidelines to see further decreases on import prices in line with the softening local market.”

Meanwhile, in Southeast Asia, a source from a major Indonesian VCM producer stated that their supplies are likely to remain tight until June 2017 due to a planned maintenance shutdown at their plant in the first quarter of next year.