by ChemOrbis Editorial Team - content@chemorbis.com
According to traders, import homo-PP offers have declined to hit the $900/ton threshold in Southeast Asia in line with sluggish demand as well as sufficient supplies.

A distributor operating in Vietnam reported that they concluded some deals for Saudi Arabian homo-PP raffia at $900/ton on a CIF, cash basis. He stated, “We are receiving more inquiries from buyers nowadays while our customers’ bids are mostly below $900/ton. However we are hoping to sell more materials at $900/ton. Demand is not strong while supply levels are high.”

Another trader in Vietnam reported selling around 400 tons of Saudi homo-PP raffia and injection at $900/ton CIF, cash. “We believe that discounts of up to $20-30/ton will be negotiable on prices in the days ahead. Demand remains limited,” he commented. A third trader reported that they are offering Saudi Arabian homo-PP raffia at $900/ton CIF Vietnam, cash, stating, “Buyers are not willing to take a position at the moment due to the ongoing decreasing trend.”

Meanwhile, there were some players in the market claiming that they heard import homo-PP offers as low as $880/ton CIF, cash this week. However, this level could not be confirmed at the time of the press. 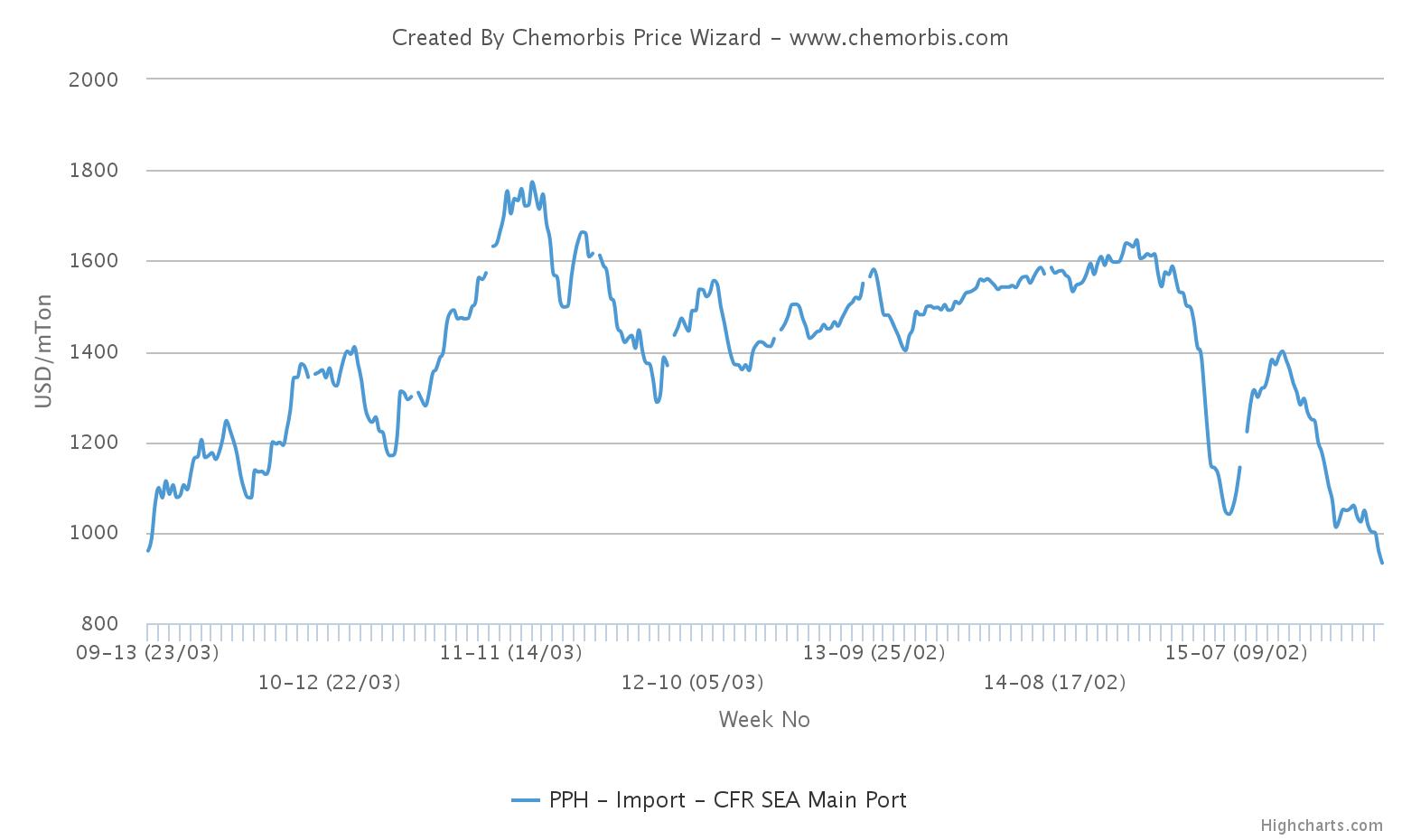