by ChemOrbis Editorial Team - content@chemorbis.com
Spot propylene prices have softened somewhat recently in major markets, according to players. What lies behind this easing in spot prices is cited as improving propylene supplies.

In Asia, spot propylene prices turned down this past week and have gradually softened by a total amount of $50/ton since then. Although the downstream PP market remained strong in China, there are many crackers and propylene units returning from maintenance shutdowns as can be seen in the propylene section of ChemOrbis PP Production News and this paved the way for the loss in spot propylene prices.

In Europe, spot propylene prices have been on a stable to soft note in October following the downturn in September. The gradual weakness of the spot market was attributed to the rising propylene availability in the region. Although the unexpected shutdown at BASF’s two crackers in Germany caused some jitters about the levels of supply for a short while, it did not take long for players to gauge its impact on the market as being short-lived after the crackers were restarted last weekend.

Likewise, spot propylene prices in the US have followed a stable to soft path in October after posting a visible downward trend in September. In the past two weeks, the spot market has reportedly lost around $20/ton as propylene inventories were at a 3-month high, according to traders. 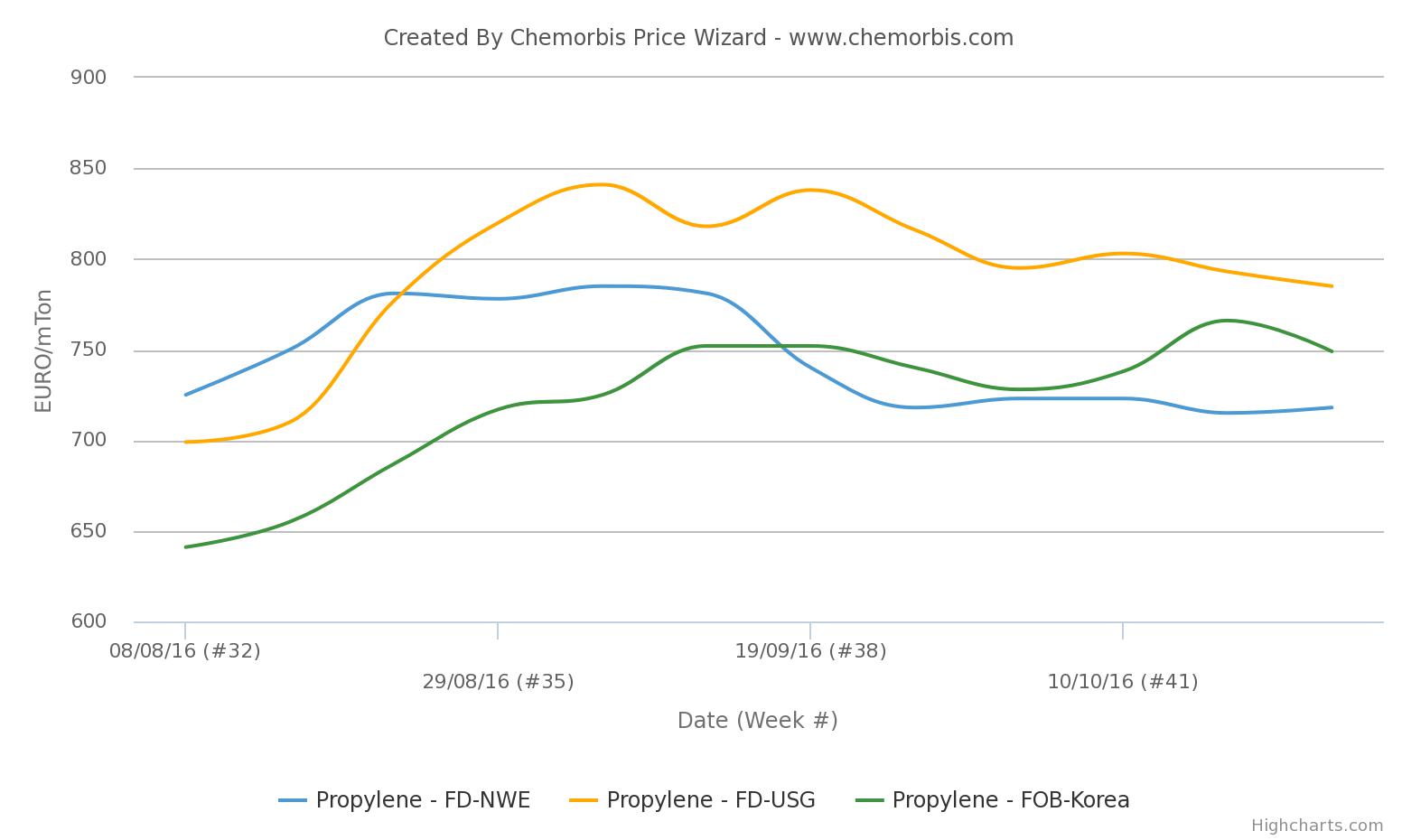