by ChemOrbis Editorial Team - content@chemorbis.com
Players in India’s PVC market are readying to leave their desks for the Diwali holiday, which will start on October 17 and last for five days. The sentiment is widely weak in the post-monsoon season in the midst of fading support from China’s PVC market and Asian ethylene.

Although sellers sought increases in August and September with support from the bullish developments in global upstream markets following Hurricane Harvey as well as the rising trend in China’s import and export markets in August, sellers’ hike attempts largely faced resistance from Indian buyers.

Meanwhile, the factors that supported sellers throughout August and September have also started to fade recently. The bullish scene in China turned soft ahead of the National Day holiday while PVC prices have also extended their downturn into the post-holiday period. The upstream market also eased as spot ethylene prices in Asia shifted direction two weeks ago after tracking an increasing trend for almost three months.

On top of these, PVC demand in India remains quite weak in the post-monsoon season, according to many sellers, as buyers are not interested in making fresh purchases ahead of the Diwali holiday. “Some buyers are testing the market by placing lower bids. They mostly expect to see further decreases in the near term,” they noted.

A Thai producer offered k67 to India at $950-960/ton CIF, subject to 48.21% antidamping duty and 5% customs duty, cash. A source from the producer commented, “We received lower bids from buyers at $920-930/ton CIF. Even if we accept their counter bids, buyers are not planning to replenish their stocks ahead of the holiday. They are just testing the market to get a clearer post-holiday outlook.”

A trader in Delhi opined, “PVC supplies are comfortable as demand was very weak during September. We heard that some Southeast Asian producers concluded deals with discounts this week in India, which is encouraging buyers to ask for further discounts. Hence, a local producer’s hike attempt failed to boost demand.”

On the other side of the coin, some sellers commented that they are still hoping to see an increase in replenishment activities on the buyers’ side in the second half of the month, saying, “If demand returns strong from the holiday, India’s PVC market might make a firm start to November.”

They also argue that a Taiwanese major will not be willing to cut its offers ahead of the peak season in India. They will hold their offers until the end of the Diwali holiday.

In India, the overall range for import PVC k67 prices is currently quoted at $890-1010/ton CIF, cash. The range shows a $40/ton decrease on the low end while it is stable on the high end when compared to last week. 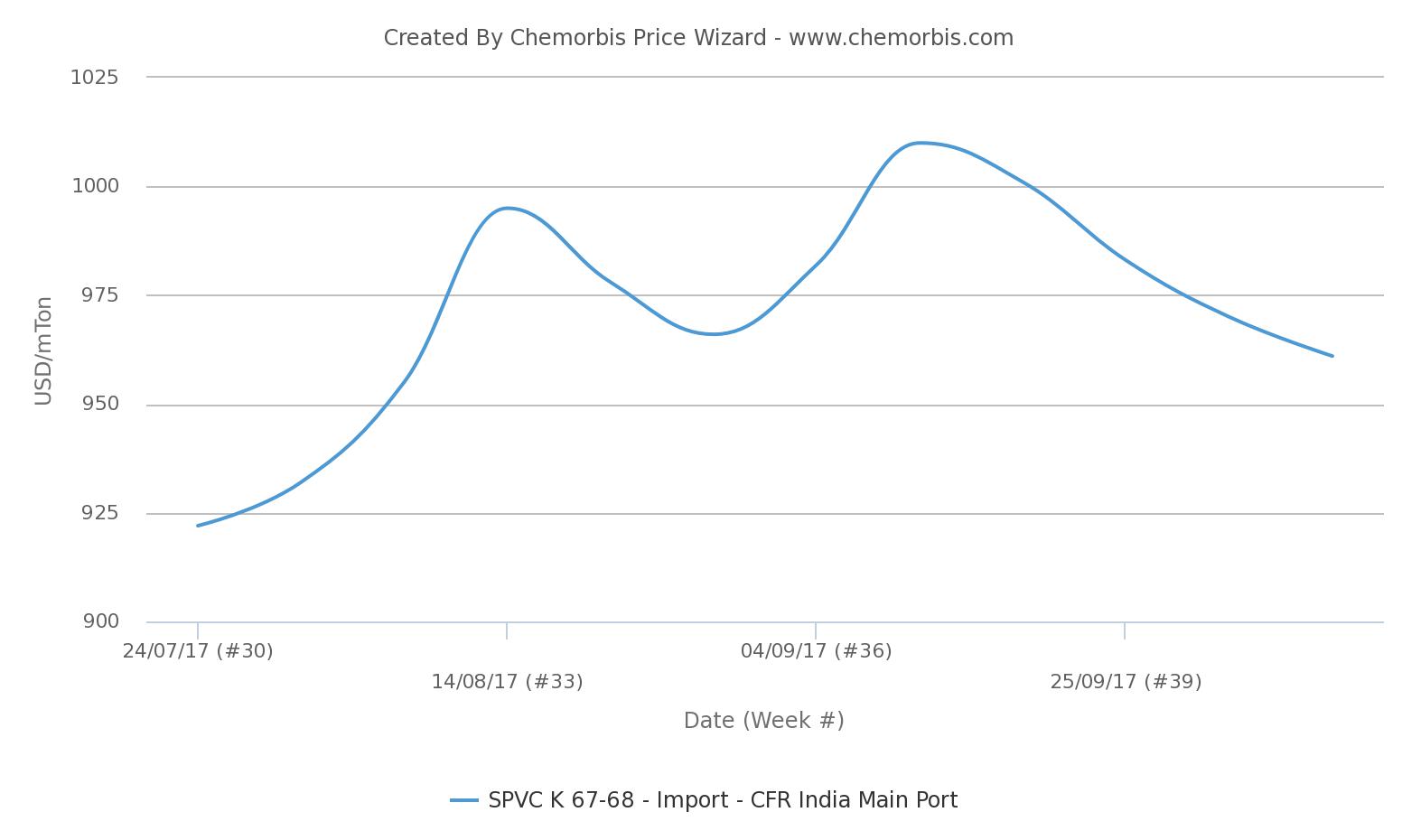