by ChemOrbis Editorial Team - content@chemorbis.com
In India, import prices for both ethylene and acetylene based PVC registered fresh reductions this week following a major Taiwanese producer’s January announcement which came with a $50/ton decrease from December at $960/ton CIF, cash.

The PVC market has been on soft terms since end-November given a drastic decrease in trading activities amidst the government’s decision to withdraw the high-value banknotes from circulation. The overall range for ethylene based PVC k67 prices is currently quoted at $880-950/ton on a CIF India, cash equivalent basis, showing decreases of $30-50/ton when compared to last week. 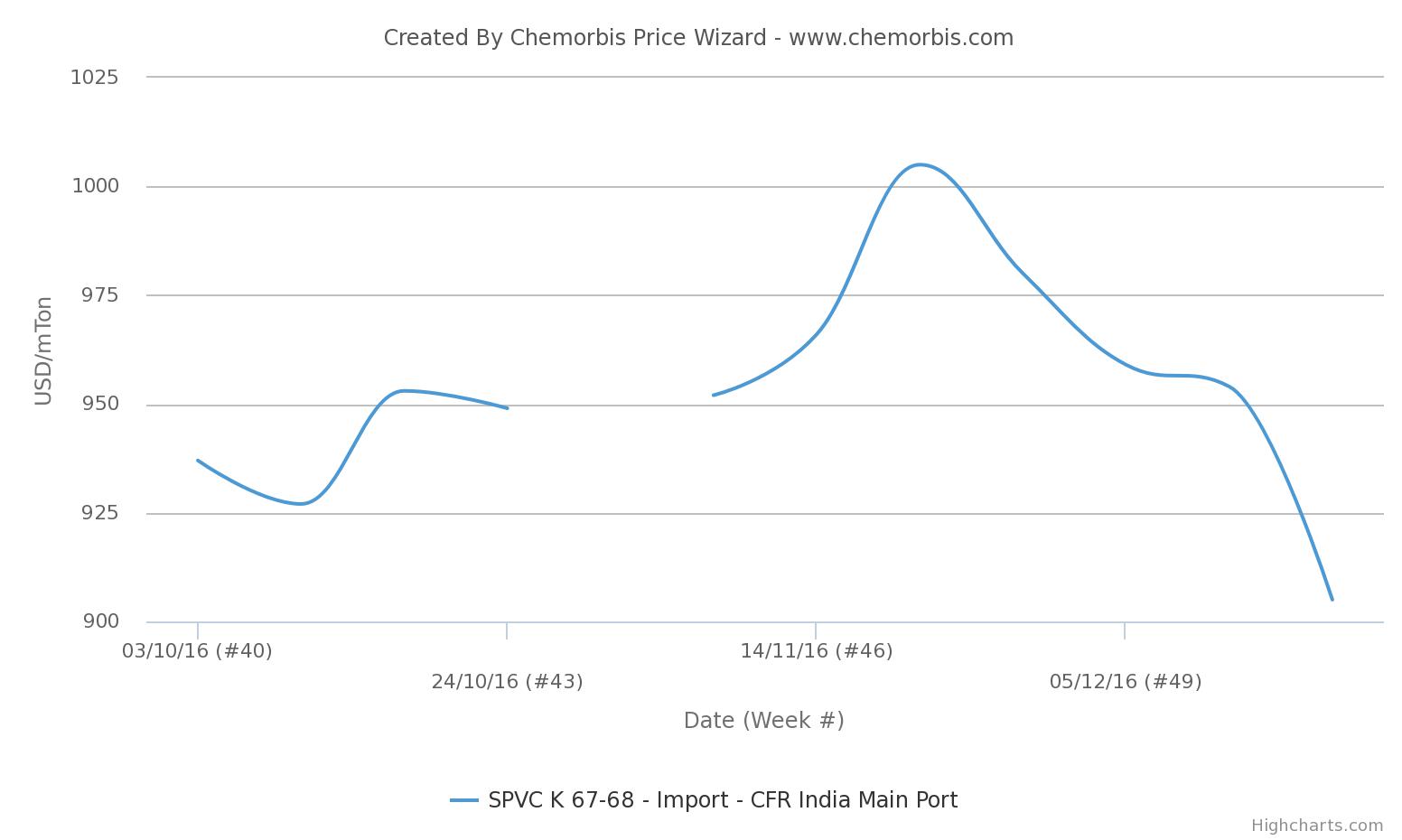 A global trader reported selling Japanese PVC k67 at $950/ton CIF India, cash. “More competitive offers are achievable for deep sea origins like Russian, Argentinean, Brazilian and US. Sellers are willing to give additional discounts of around $20/ton after negotiations. We believe that our done deal level for Japanese origins is reasonable although not many buyers are interested in it. Demand is mostly coming from traders, rather than converters,” he noted.

A second trader reported that they placed a $30/ton lower bid at $900/ton CIF, cash for a South Korean PVC k67 offer. He commented, “Demand is currently quiet and we expect it to improve after the second half of January in line with the end of winter. The Taiwanese major was only able to sell out their January quota yesterday.”

Meanwhile, a source from a Chinese acetylene based PVC k67 producer stated that they lowered their offers by $85/ton from last week to $903/ton CIF India, cash. “We see thin demand from both export and local buyers,” he stated.