by ChemOrbis Editorial Team - content@chemorbis.com
In India, import PVC prices witnessed modest increases this week on the back of some overseas sellers’ hike attempts triggered by slightly improved demand.

According to data from ChemOrbis Price Index, the weekly average of import PVC prices rebounded this week after hitting its lowest level since July 2016. Import PVC prices had been on a mostly decreasing trend since mid-September 2017 in the face of delayed revival of post-monsoon demand. 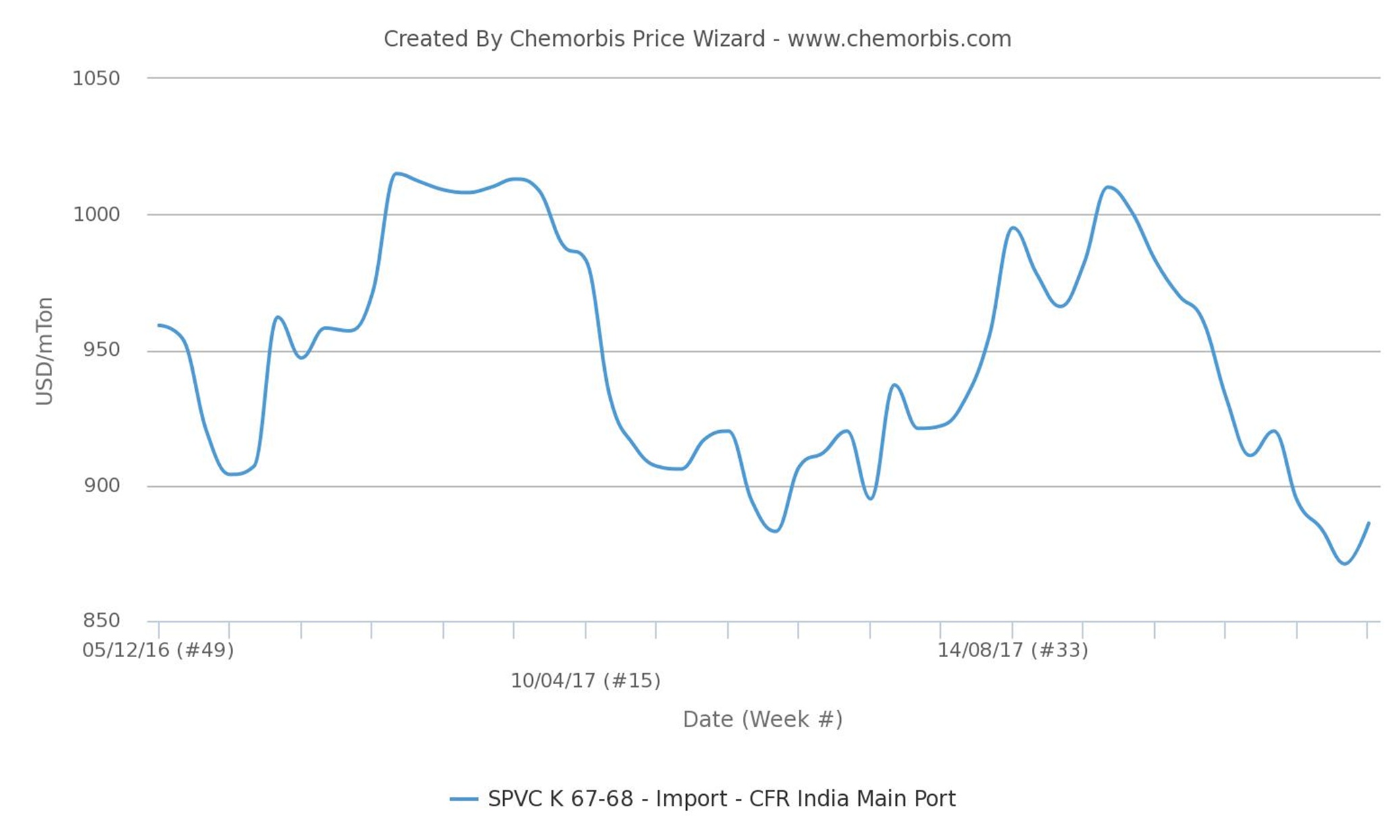 A trader operating in India received Thai PVC k67 offers with increases of $20/ton from last week at $870-880/ton CIF, cash. “Suppliers are trying to adopt a firmer stance on their offers since demand has slightly improved. However, we believe that the market still needs time to see a real rebound as buyers are still not that willing to accept increases,” commented the trader.

A source from a Chinese PVC producer reported that they lifted their PVC k67 offers slightly by $5/ton. He said, “Demand is not bad and we oversold our allocation last week.”

According to a trader, a Japanese producer also attempted to increase its offers slightly to $920/ton CIF, cash. He noted, “The producer’s new offer level has failed to attract buyers’ attention. We think the recovery of demand depends mostly on the sustainability of the recent increases.”

Meanwhile, Chinese acetylene-based PVC sellers also lifted their offers by $50/ton to India mostly due to the new tax to be applied on environmental pollutants in China as of the start of 2018.