According to data, the weekly average of local PVC K67 prices on ex-warehouse India basis has posted a cumulative increase of almost $100/ton since hitting its three-year low in late April. Import PVC prices, on the other hand, have been largely stable for four weeks at their highest levels since mid March. 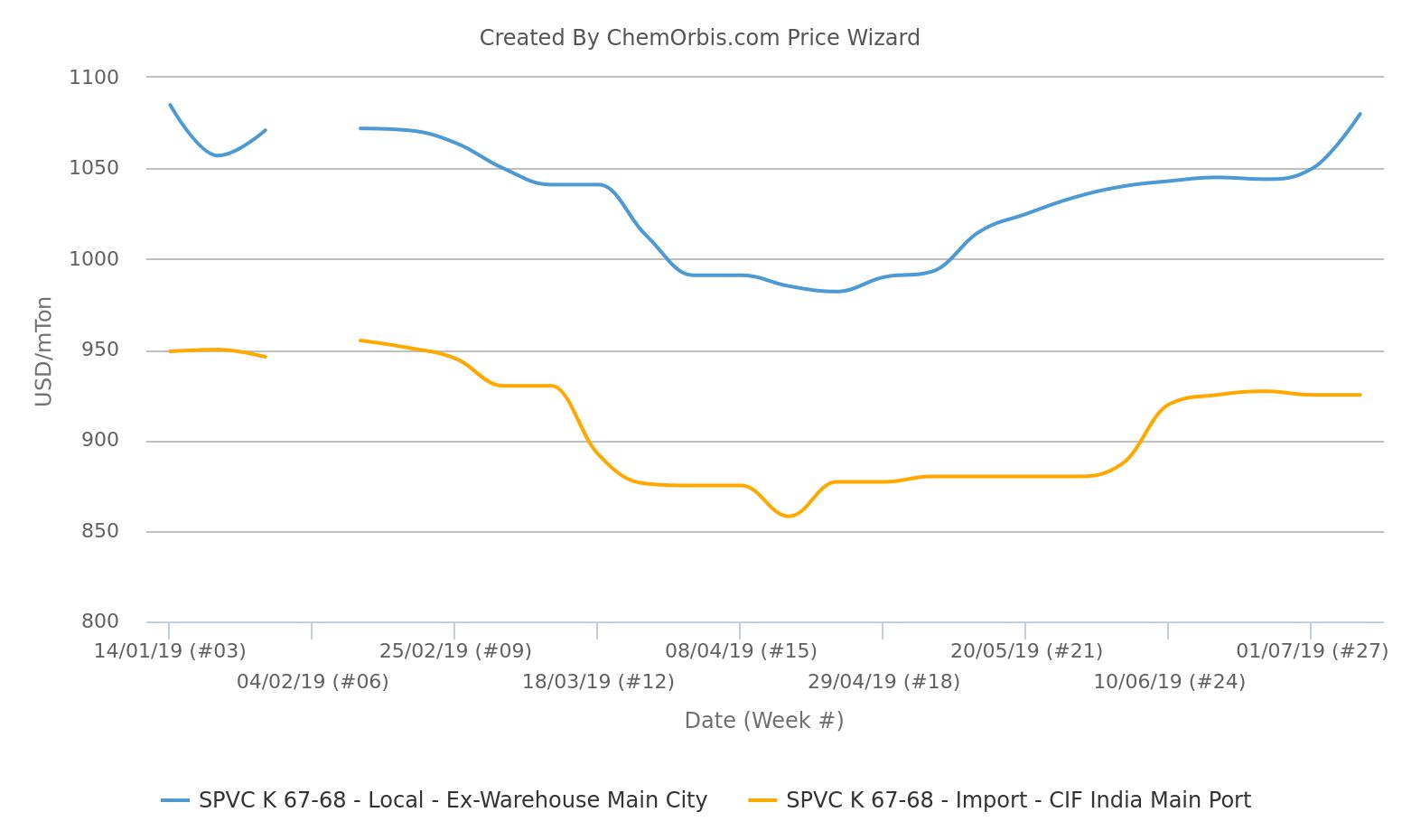 According to a statement published by the Indian Ministry of Finance, customs duty rates of several plastic raw materials, including PVC, were increased to 10% as of July 6, 2019.

“The hike decision is in favor of domestic producers in India. On the other side of the coin, higher customs duties weigh on sentiment in the import market as buyers would prefer to secure their needs from local suppliers in order not to pay higher rates,” a source from a Taiwanese producer opined.

After the implementation of the customs duty hike on July 6, a major Indian producer lifted its PVC prices by INR1500/ton ($22/ton) as of July 8.

The Indian major’s move was followed by another local producer who also applied an INR1000/ton ($15/ton) increase on its prices at the start of this week. “We slightly raised our local prices following the government’s customs duty hike,” a producer source said.

As can be seen in the graph above, import PVC prices on CIF India basis have been tracking a mostly stable trend in the midst of limited trading activities. Players have retreated to the sidelines ahead of a major Taiwanese producer’s awaited price announcement for August.

According to ChemOrbis Stats Wizard, India was by far the largest import PVC buyer of the world in 2018. Whether the application of higher customs duties will result in a cut in buying appetite for imports is yet to be seen in the medium term while its immediate reflection on the upcoming month’s pricing is also under discussion.

A Taiwanese producer cut its offers to India slightly by $10/ton from last week, saying, “Sentiment has softened in China while India’s demand has been negatively affected by monsoon rains. Considering these two factors coupled with the customs duty hike, the Taiwanese major may announce its new offers with a modest reduction,” a producer source opined.

On the other hand, a Japanese producer kept its offers stable by pointing to the continuing tightness of supply across global markets. “The ongoing issues at Brazilian Braskem’s site and Taiwanese Formosa’s upcoming shutdowns might help sellers maintain their current offer levels in the near term,” he said. 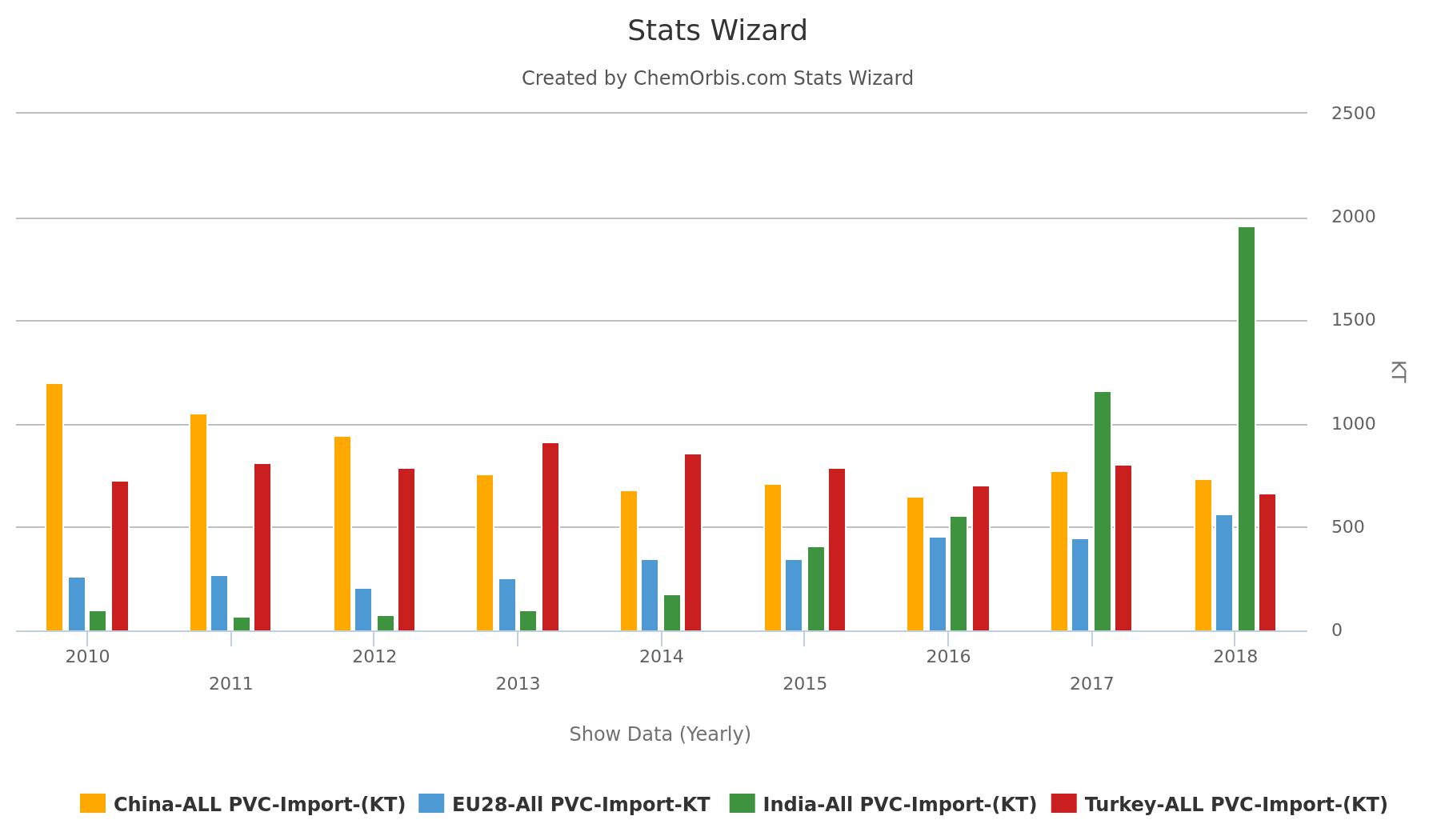