by ChemOrbis Editorial Team - content@chemorbis.com
In Turkey, an Indian producer voiced their sell ideas slightly higher from their latest July deals in line with the firming August sentiment for homo PP.

The producer expects to offer homo PP raffia and injection cargos at $1120/ton CIF Turkey, subject to 3% customs duty, cash next week, up $20/ton from their last transactions in July. “The market sentiment for August firmed up and traders took position. We believe that higher PP prices will gradually see acceptance from buyers,” a producer source commented.

Last week, the sentiment firmed up in Turkey’s import PP market owing to the higher local and import markets of China.

According to ChemOrbis Price Wizard, meanwhile, Turkey’s premium over China’s import homo PP market has narrowed to around $35/ton on a weekly average from as high as $125/ton in mid-June. 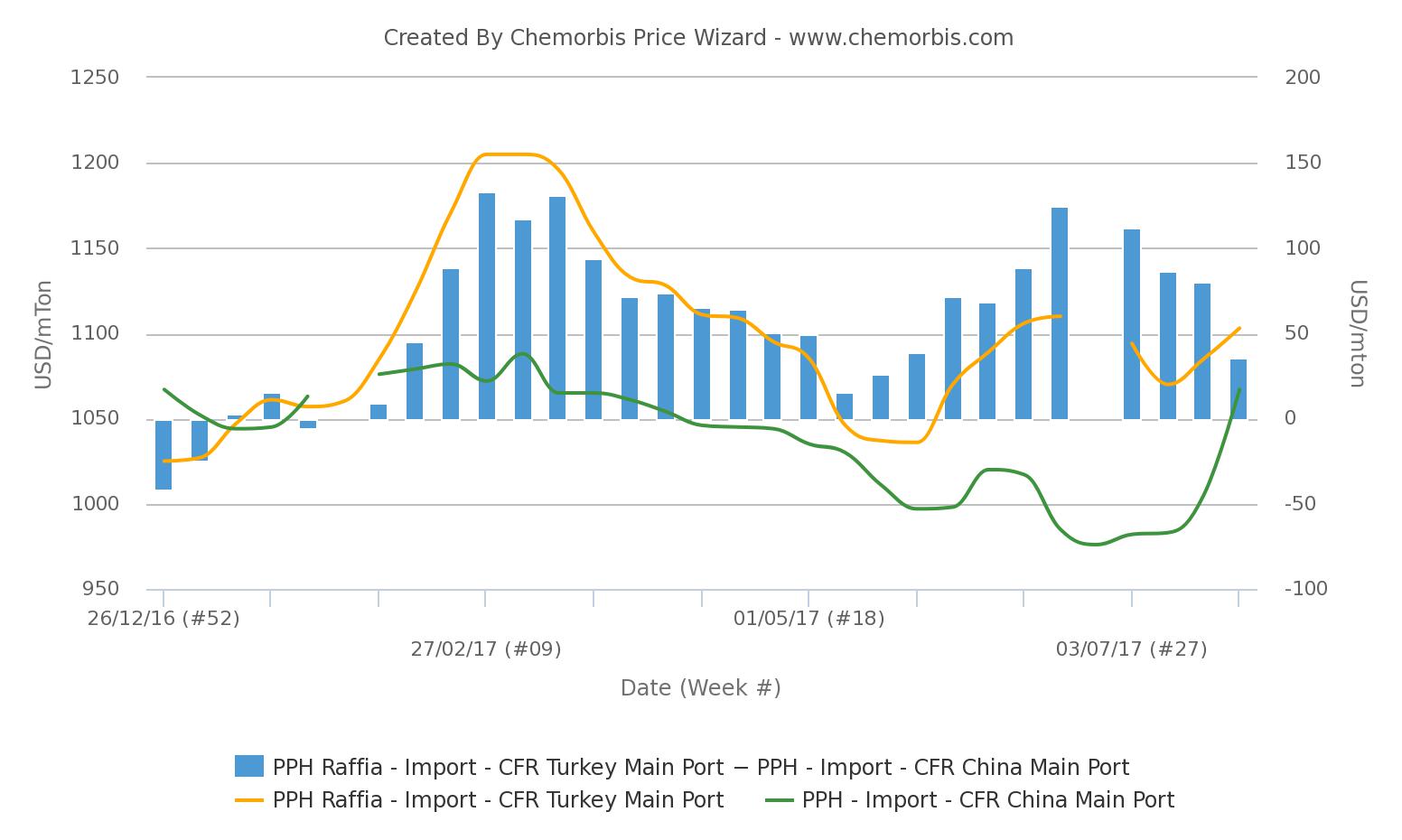 According to a widespread market talk, Middle Eastern producers are intending to issue price hikes for the nearing month to Turkey, where prices failed to move up throughout July given unsupportive demand. Players are expecting to hear fresh August prices from the region soon.