Is uptrend delayed to March in European PET market?

by Manolya Tufan - mtufan@chemorbis.com
In Europe, spot PET prices were mostly rolled over or small hikes of around €10-20/ton were sought this month after hitting a 10-month-low in January. The lack of major supply concerns and regular demand mostly curbed hike attempts across the region despite a few higher deals.

Feedstock settlements for February failed to support a swift upturn

February MEG contracts settled down by €30/ton while an initial PX settlement was agreed with double-digit increases following four consecutive months of decreases.

According to players, the lack of support from the upstream side put a cap on the firming trend of PET prices for this month.

Will pre-buying activities put a brake on demand?

Demand remained muted even though buyers gradually increased their purchasing volumes compared to the previous months. This was not only because seasonal preparations are yet to get underway but also because some PET buyers reported to have covered their needs.

A distributor in Switzerland commented, “It is difficult to evaluate February demand as buyers feel no urge to stock up, counting on their earlier purchases from the import market. We think that there will be no major changes in the local market unless seasonal demand picks up.”

Players’ focus mainly shifted to the post-holiday demand in China as PET prices in Asian markets are not likely to see any respite from rising trend with low stock levels of Chinese suppliers on one hand and firming costs on the other hand.

European producers were adamant about their offers during China’s absence and they may continue doing so if China returns from holidays on a firm footing, a distributor reported.

Plus, the shipment times will be an important factor to watch for players due to the concerns over China’s availability to provide sufficient supplies when the high season kicks off.

A manufacturer from Italy reported, “Import offers we received were mostly in line with pre-holiday levels while these cargoes are due to be shipped in early April and arrive in May.”

Increases are likely to gain speed in March

Spot PET prices both in Italy and Northwest Europe rebounded from 10-month low as of the latter part of January this year. Supply-demand conditions suggest that prices may hover at around their current levels in the short-term.

Therefore, several players concurred that a visible uptrend is likely to be postponed to the next month.

Spot PX increases are believed to reinforce the upward momentum in the market going forward. According to the weekly average data on ChemOrbis Price Wizard, prices on on FOB NWE basis posted cumulative increases of around $120/ton since the upturn started in early January. 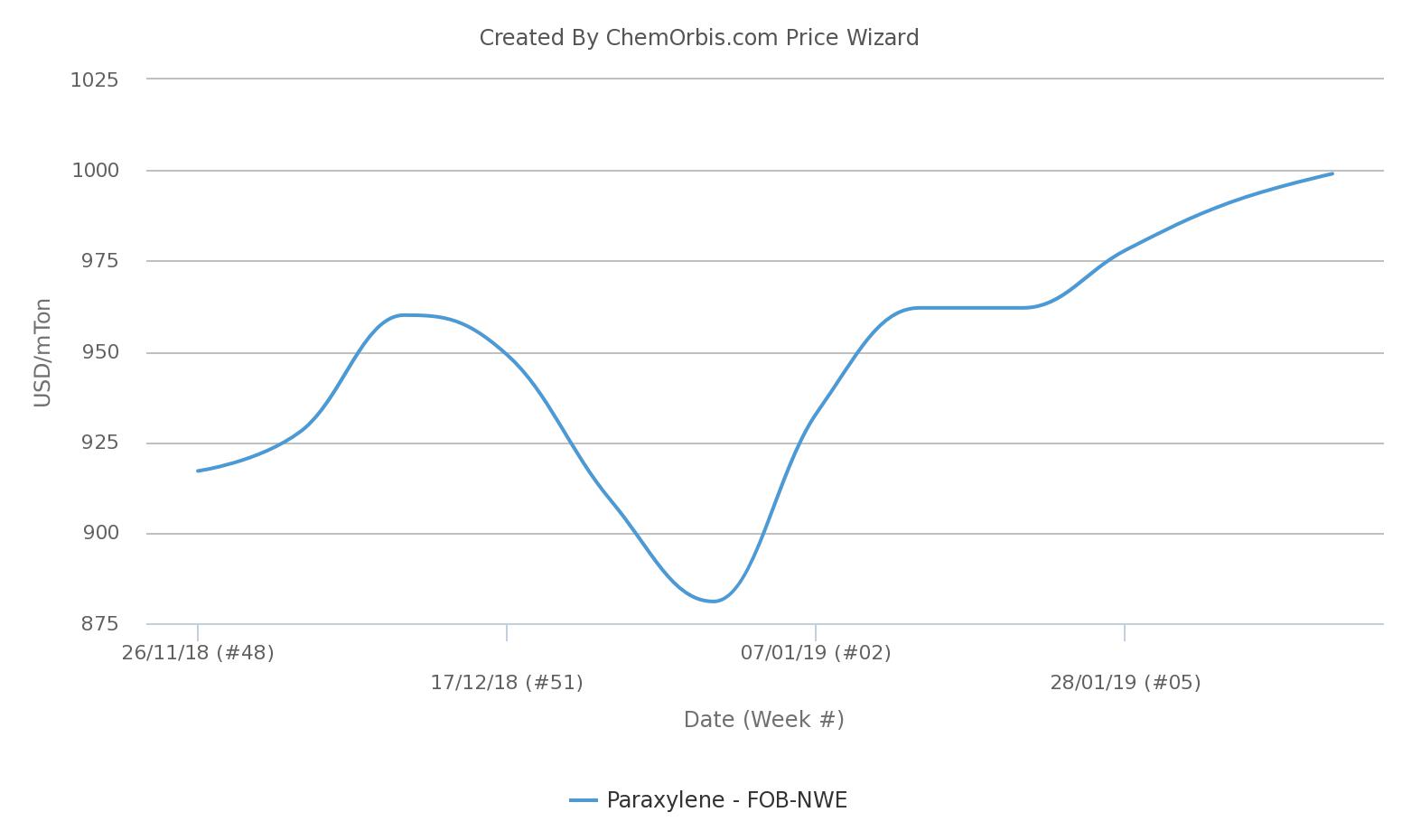