by ChemOrbis Editorial Team - content@chemorbis.com
In Italy, the PET market’s outlook appears firm for April while players in the country closed their March deals with mostly €40-50/ton hikes from February. Apart from the approaching high summer season, higher April feedstock contracts also played a role in this firming trend.

An initial April MEG contract settled with €84/ton increases in Europe while players in the region are currently waiting to hear PX contracts.

A distributor who confirmed selling their March PET cargoes with €40-50/ton increases from February noted, “Demand has performed well in March but if prices record even larger increases in April, demand might be disrupted.” 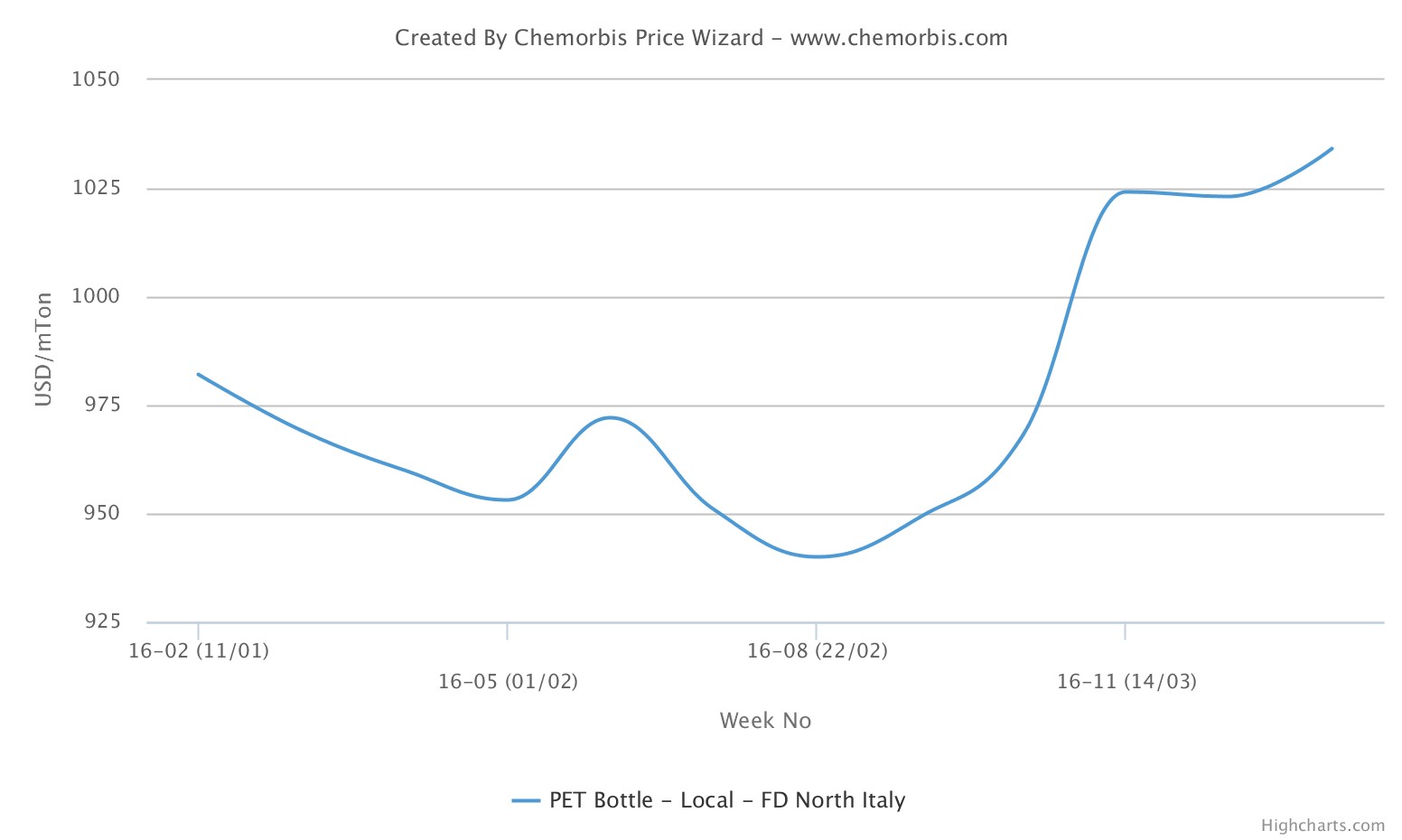 Another distributor, who issued €60/ton price hikes on their March deals, commented, “We anticipate around €30-40/ton price increases for April. However, we are not sure how the buying interest will be for this month. Some large sized buyers were sidelined from the market during the month of March and we are not sure whether these large scaled buyers still have stocks to work with or not. It is still questionable if they will come back to the market.”

Meanwhile, a PET bottle converter who concluded March deals with increases of €50-60/ton from February remarked, “We purchased some cargoes from our regular distributor while we are still waiting to receive our March quotas to be delivered by our South European supplier. We anticipate the firm trend will continue during April, too, while we see better end product demand when compared to the same period of last year.”