by ChemOrbis Editorial Team - content@chemorbis.com
In Europe, fading demand and sufficient stock levels did not allow PP sellers to achieve their initial hike attempts and late July deals were mostly concluded with rollovers to decreases of €10-20/ton in line with buyers’ projections.

Not much activity is foreseen to take place during the summer holidays and therefore widespread expectations for August hint at a mostly stable to softer trend. A packager in Germany said, “We expect rollovers in August as PP supplies are not as ample as PE.”

“We conceded to some discounts compared to the early July levels as buyers resisted higher PP offers and there were more aggressive offers in the market. Overall sentiment is weak and expectations call for a stable to softer trend in August,” a reseller commented.

A distributor of a West European producer, meanwhile, opined, “We think that PP prices have room for further decreases of up to €20/ton in August as demand is not expected to be sturdy in the near term.”

On the upstream front, expectations call for rollovers to slight drops in the next propylene contacts, many players concurred. A distributor in Belgium predicted, “Although July contract level stands below the current spot propylene prices, we expect rollovers or slight decreases for August.”

Weekly average data from ChemOrbis Price Wizard reveal that spot propylene prices on FD NWE basis have retreated by around €30-40/ton since they hit a four-year high in mid-June. 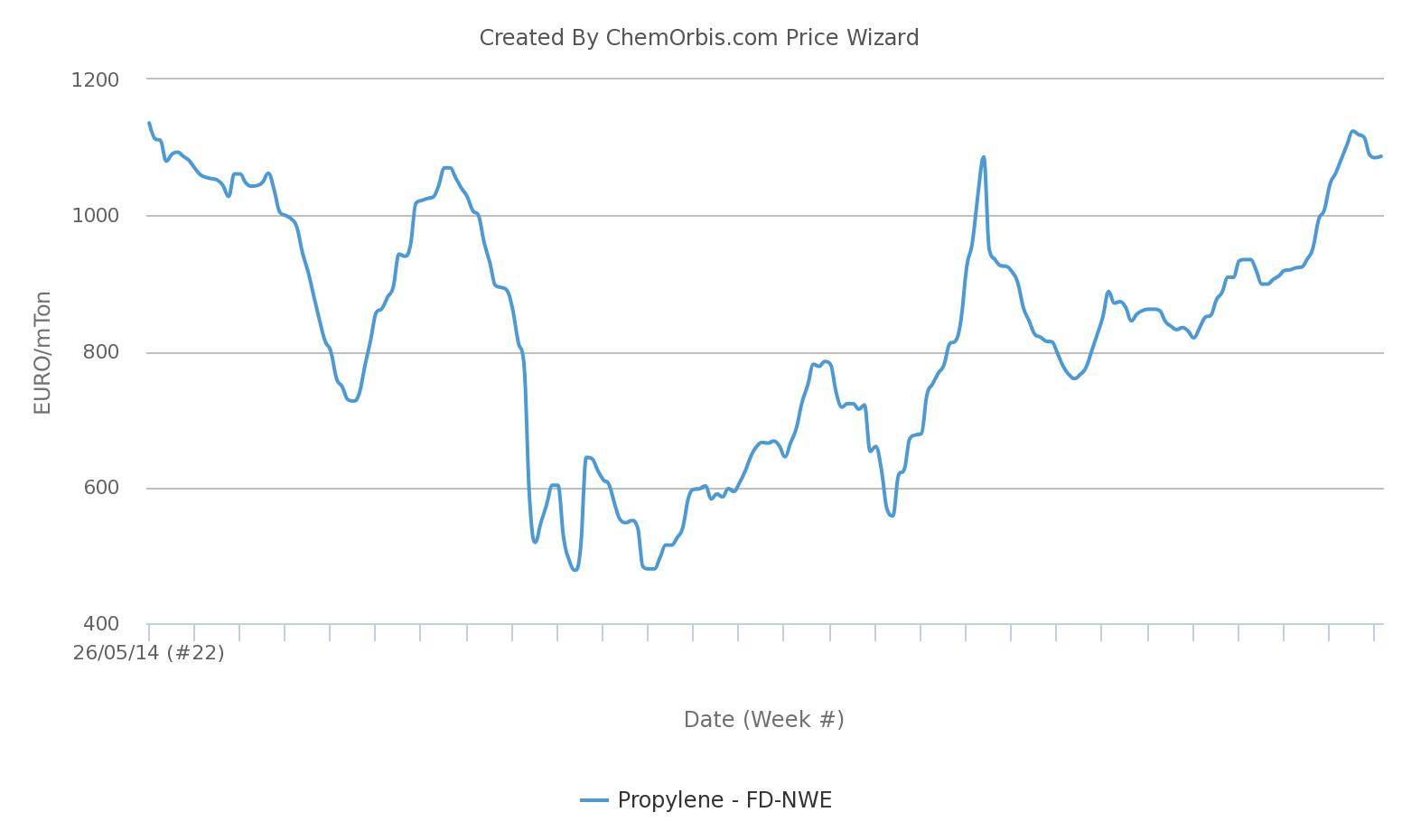