by ChemOrbis Editorial Team - content@chemorbis.com
Turkish players received new PS and ABS offers for July A from a South Korean producer this week with increases compared to June.

In Turkey, the import PS market was on a decreasing trend since mid-March on a weekly average, according to the data from ChemOrbis Price Indexes, while ABS natural injection offers followed a bearish path since late February. 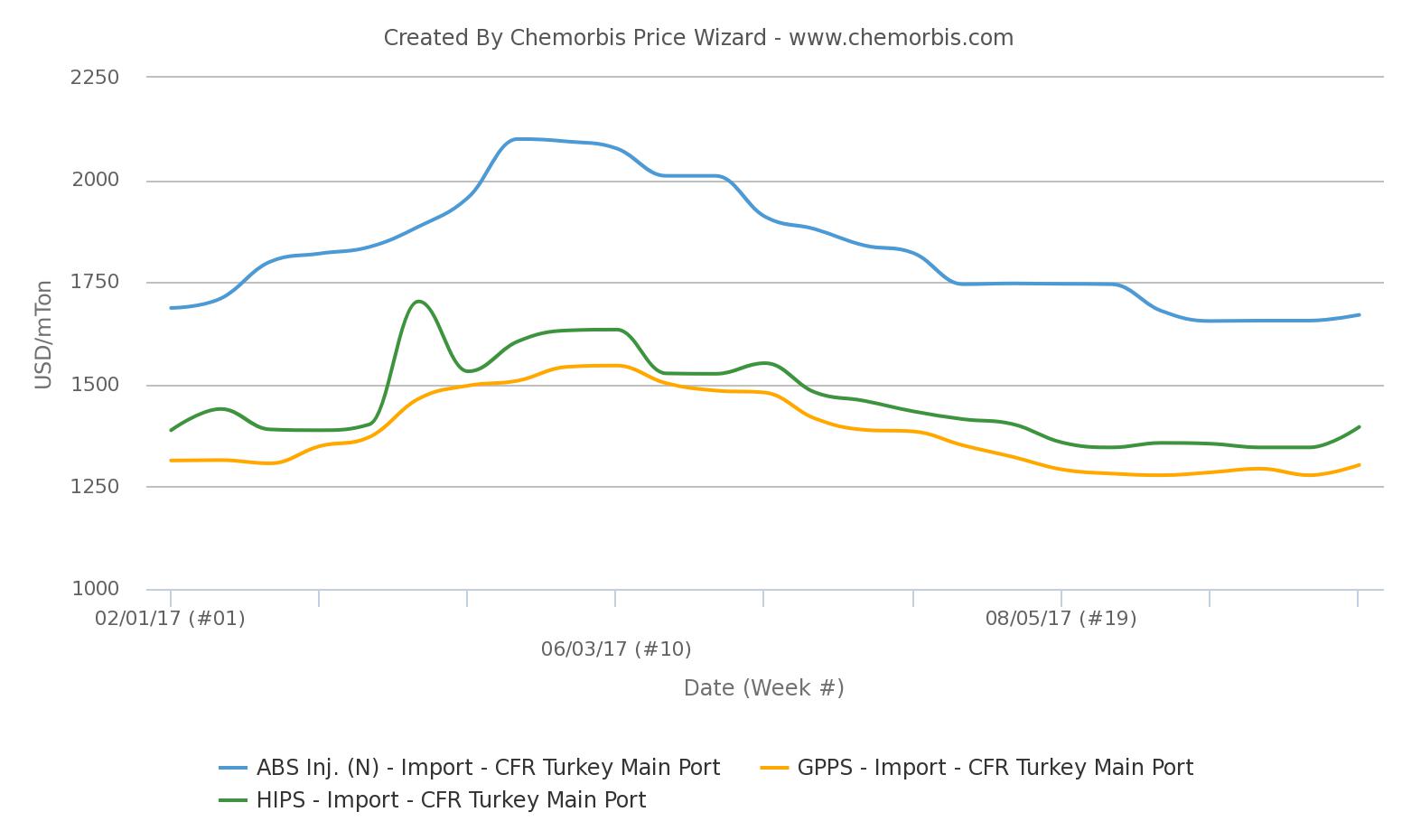 The producer applied $70/ton increases for next month bringing its new prices to $1410/ton for GPPS and $1420/ton for HIPS, CIF Turkey, cash no duty. Players attributed the recent hike attempts from the supplier to the rebound in spot butadiene costs as well as tight supplies in the region. Butadiene prices on a FOB Korea basis moved above the $900/ton threshold again today, the first time since June 8.

A trader who replenished some stocks from the seller noted, “Supply constraints for GPPS on part of our supplier resulted in a smaller premium of HIPS over GPPS. We paid the recent hikes and already sold some of these cargos.”

“We have doubts about the sustainability of firmer requests for PS both in Turkey and China since oil prices gave posted significant losses recently and end demand is not spectacular,” a PS converter stated, meanwhile. Turkish players are set to enter the Eid holiday soon while eyes will be on the demand for the post-holiday, new offers from Iran and the upcoming developments in the global upstream chain.