by ChemOrbis Editorial Team - content@chemorbis.com
In Southeast Asia, PE prices posted additional decreases over the week in line with the ongoing bearishness in China which has been in place since the end of the Chinese New Year due to weak demand and ample supplies in the country.

Based on the netback to China, LDPE remains under clear downward pressure given the fact that the $1200/ton CFR level in China theoretically enables re-exports to SEA as low as $1220/ton CIF when the shipping cost of $20/ton from China to mainly Vietnam is considered.

As can be seen from the graph below created by ChemOrbis Price Wizard, weekly average LDPE prices in Southeast Asia have been carrying a premium over China since early February. 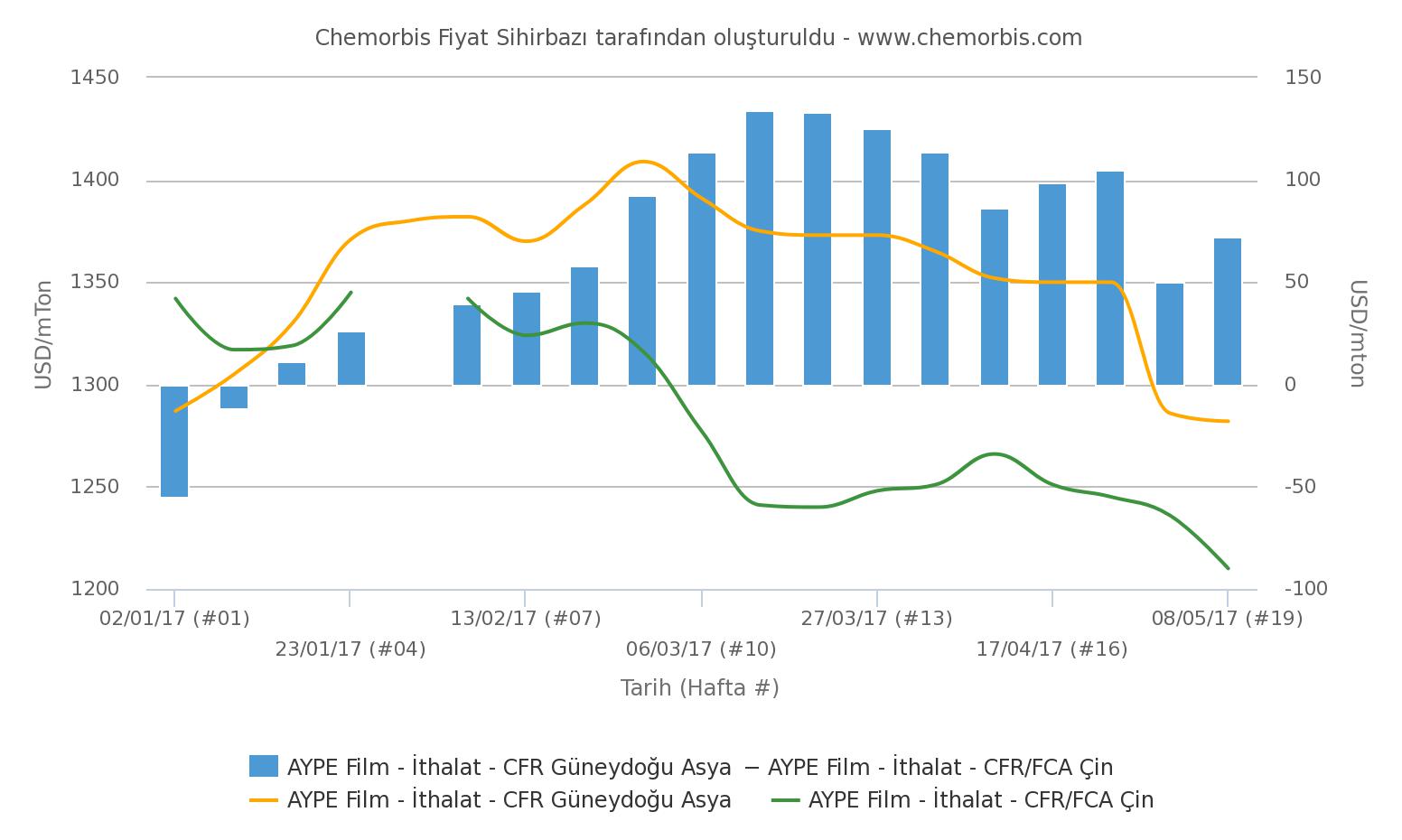