by ChemOrbis Editorial Team - content@chemorbis.com
China’s local PE market has been on a softening note since the end of the Chinese New Year holiday, with LDPE drawing a weaker picture amidst players’ comments that LDPE film prices had peaked in the pre-holiday period and now they are facing some correction.

According to data from ChemOrbis Price Index, local LDPE film prices on a weekly average basis started to gain premium over HDPE film in mid-August on the back of reduced supplies for this grade. After reaching $295/ton in early November, the largest level since April 2011, the premium started to shrink and it has recently decreased to $59/ton. When compared to the pre-holiday week, LDPE’s premium over HDPE is currently down by $149/ton as LDPE has posted a sharper loss than HDPE. 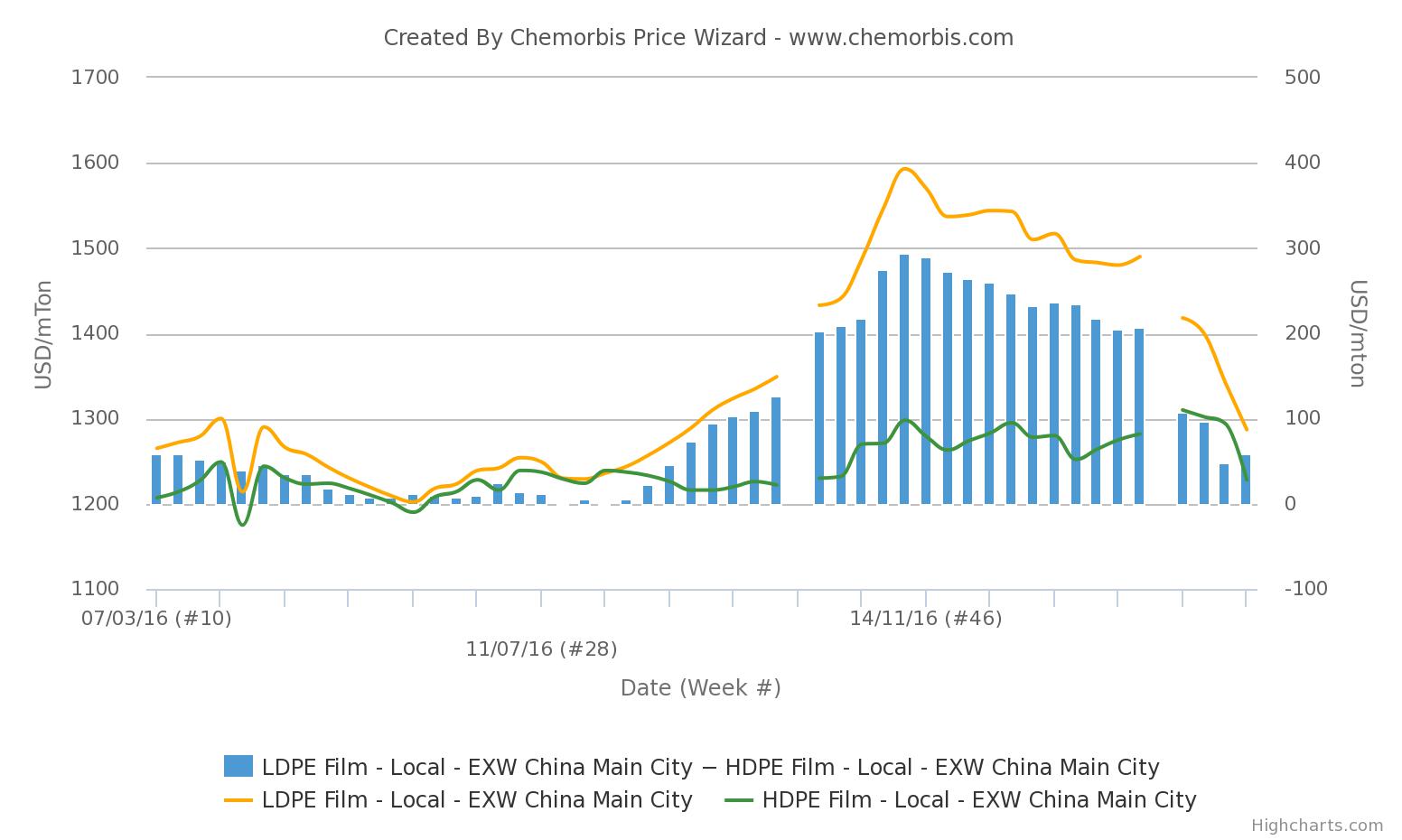 A Shanghai-based trader commented, “Local PE prices have been losing ground since the start of February due to increasing local supplies and unsatisfactory demand, especially for LDPE.”