by ChemOrbis Editorial Team - content@chemorbis.com
Import ABS prices in Turkey followed an upwards trend since mid-September owing to surging global energy costs which drove feedstock costs higher. Also, the bullish trend in China which has been in place since the end of National Day holiday earlier this month contributed to the scene.

However, the rising costs of imports did not find a reflection in the distribution market given subdued activity in Turkey. The locally-held ABS market has been trading even below import prices in the recent weeks, as can be seen on the ChemOrbis graph below: 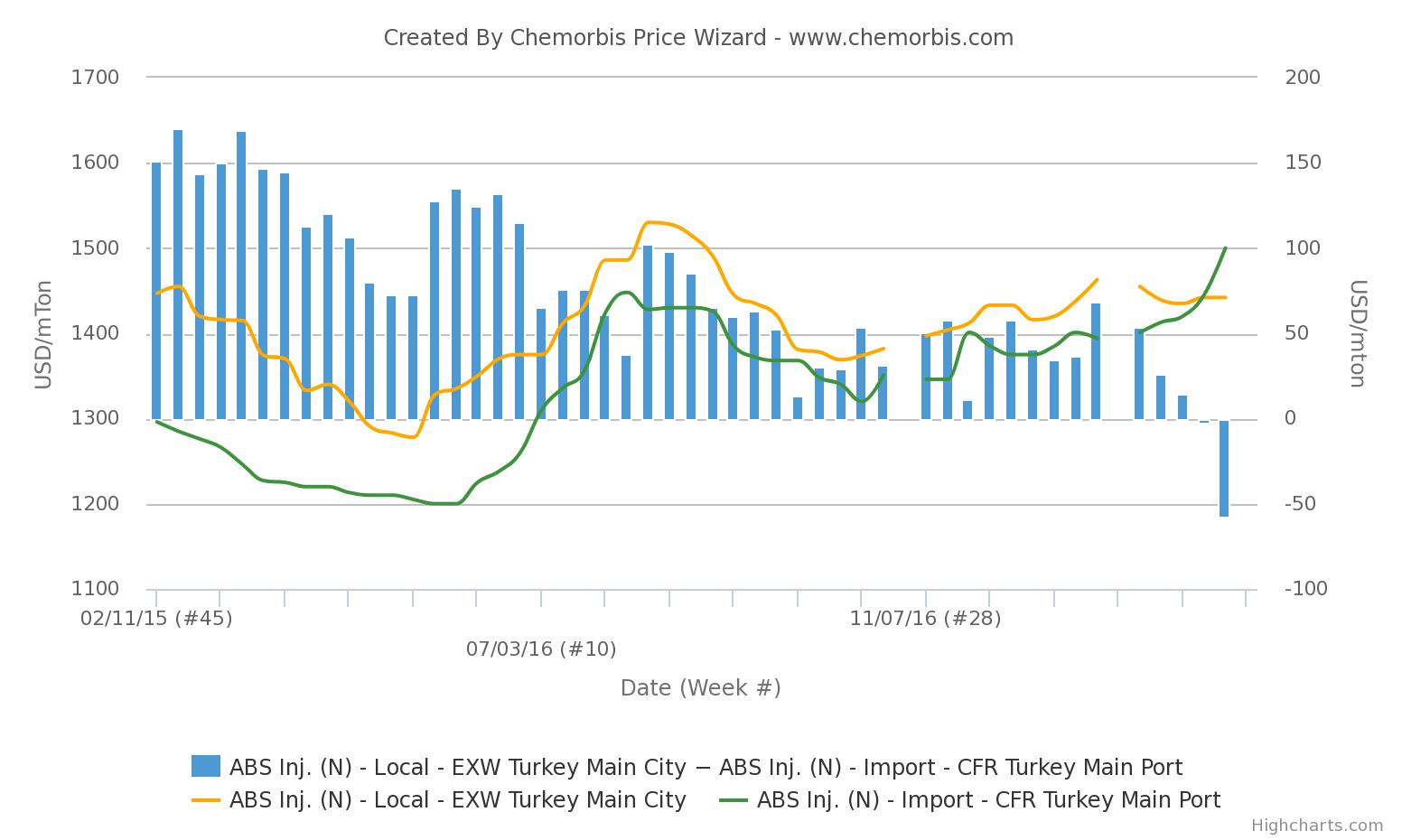 Import ABS prices from South Korea and Taiwan surfaced with $50/ton increases for November cargos, which has reinforced the upwards pressure on the locally-held market. Even if Turkish traders would keep their replenishment activity moderate heading to the year end and would not purchase much quantity at the newly announced levels, the prevailing import prices would continue to exert upwards pressure on the local market.

“ABS demand has been vulnerable in the last couple of months amidst cash constraints, weak TL and sufficient supplies. This situation dampened overall activity while the nearing year end continues to cast a shadow on trade so far. On the other hand, we expect the firming trend to remain in place considering soaring styrene and butadiene costs in Asia. ABS prices may move up further in December shrugging off the traditional year-end lull,” a trader commented.